Shourie Asks Us To Choose Between Faith And Science: This Is An Artificial Binary 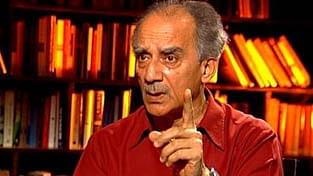 In his book Two Saints, Arun Shourie makes a gallant effort to explain most of the mystical experiences reported by saints and seers with the help of the latest scientific research on medical conditions and the inner workings of the brain. He uses scientific data to deconstruct the mystical experiences of two revered saints, Sri Ramakrishna Paramahamsa and Ramana Maharshi – two saints he himself had great regard for.

The purpose of this article is not to review the book (you can find no better review than the one written by Aravindan Neelakandan, published by Swarajya here), but to raise a larger question: can science really explain everything? And if it does one day find answers to everything, in effect replicating the capabilities we now attribute only to god, would life have any meaning?

This is not at all an attempt to rubbish science or reason or the scientific methods used to validate truths from working hypotheses. Anything claimed to be true must be validated by reason and the scientific method at some point. But we need to emphasise that faith and reason are conjoined twins. You use one when the other does not work or cannot work. You use faith when reason does not get you anywhere, and you use reason when blind faith leads you to a dead-end.

The reason: life is short, and if one waits for science to solve all your problems, you can wait forever. Faith serves a useful purpose in the context of one’s subjective experience of life.

Faith (or the active and temporary suspension of disbelief) and reason (use of the power of observation and experimentation to validate or invalidate ideas) are two legs human beings walk on. You can move upto a point with one leg, but won’t get far.

Consider this starting point: why do we have such ‘faith’ in science? It’s because our experience with scientific progress has enabled us to develop ‘faith’ in the process.

Why is faith useful? It chips in when science cannot provide you the answer. For example: science may be able to answer the ‘how’ of life and consciousness, but can it answer the ‘why’? Why did we evolve into sentient beings when there seems no purpose beyond birth, fight for survival, and ultimate death for all living things?

Science forces us to conclude that life has no purpose (except the purpose we choose to give it), and for human beings that is saying a lot. It is the non-scientific part of our lives – call it faith, a belief in spiritual power, or in a truth beyond our current capacity to understand – that often gives it meaning.

Faith also answers another human need: emotion. Science may tell you there is no cure for a certain cancer, but faith lets you try harder to believe there must be something. And even if you are proved wrong, you have lived up to the same ideal: fought to survive.

Faith allows you to not assume something is impossible, and thus contributes something useful to science. Thomas Edison, that great inventor and businessman, once described his many failures as success. “I have not failed, I’ve just found 10,000 ways that won’t work.”

This is faith masquerading as reason, for what Edison apparently believed was that something in the end is bound to work. This is like believing that god may exist, but our failure to find him/her/it is temporary.

Arun Shourie’s own life experiences led him to question the value of mystic claims. His wife was diagnosed with Parkinson’s at 42, and his son has cerebral palsy. It is not difficult to see how these two personally painful realities pushed Shourie to abandon belief in mystics and faith. He put all his eggs in the science basket.

But for every Shourie who took this road, thousands of others, when faced with similar tragedies, took the opposite road. Everyone knows that death is always the end of hope, but faith can help you endure that pain more stoically.

So, whether it is Sri Ramakrishna Paramahamsa or Ramana Maharshi, the mystical experiences that they may have had may be explainable by reason or science or medical condition, but the impact it has on other people’s faith can often be positive. A faith that blindly believes in the mystical and fails to take ordinary steps to relieve pain or disease is foolish; but faith has a useful role when science cannot provide you the answers, or the answers are unacceptable in your life.

It is not necessary to abandon faith or science. It’s not an either/or choice. We could hang on to both. Having both means never having to go fully wrong.