Take The All India Radio Grades More Seriously: This Was Vidwan Kadri Gopalnath’s Advice And Dictum For His Disciples and Younger Musicians 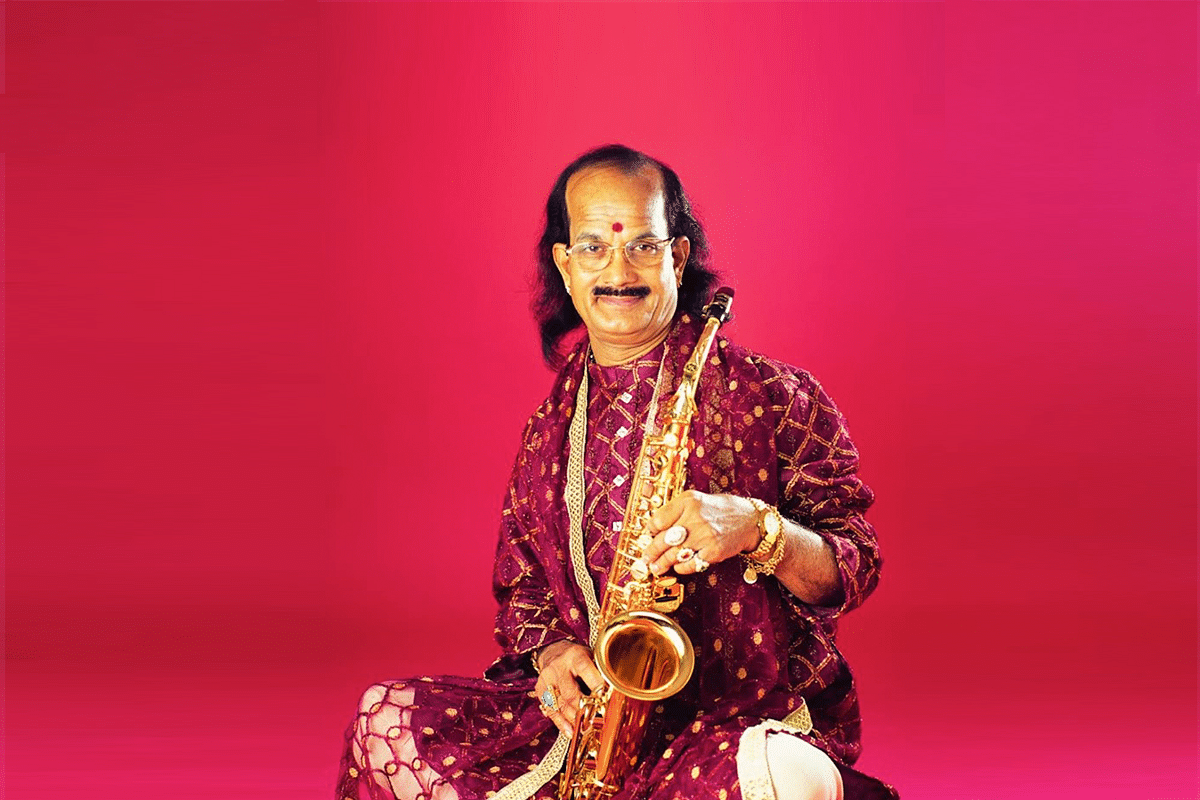 The tradition of performing traditional compositions in Carnatic music on the saxophone is convincingly as old as world-renowned maestro Vidwan Kadri Gopalnath's own career in music.

He believed that his disciples and younger musicians need to take their music grades and the grading system of the All India Radio (AIR) more seriously.

Younger musicians, he said, must realise that their AIR grades are the most important platform for them to play, celebrate and prove their skills and mettle. "No matter where they go and who they perform with, their AIR and national television matter to them the most," he had once told me.

His views were rooted in his own experience as an artiste and a guru. He celebrated all platforms but valued this one the most as a performer. The reason could be that he valued AIR’s grading as a reward for the diligence it demanded from an artiste like him. He valued consistency and continued to be a learner even as a vidwan.

In India, the saxophone — the western musical wind instrument — became synonymous with this maestro, with his playing style and his work towards making the instrument, which was not suited for playing Carnatic music, acceptable.

Gopalnathji, 69, passed away in Mangaluru today.

The saxophone — a breath devouring beauty made of metal — was picked by Kadri Gopalnathji to bring out the minutest details and musical aspects in the ragas and kritis he performed.

He established himself as the champion of the saxophone's flourishing use in Indian classical music and in global collaborations. He delved into all the aspects of Carnatic music through ragam, thanam and pallavi.

Gopalnathji has contributed hugely to the worldwide appreciation of the saxophone. His musical tribute to Adolphe Sax, the creator of the saxophone, which is preserved in records, is valued by stalwarts of music and saxophone players the world over.

Such was his passion and expertise with the saxophone that the music flowing out in his repertoire became relatable to even those who were not initiated into Carnatic music. It became appealing to all those music lovers who were passionate about the instrumentation of Carnatic music when using the saxophone and other wind instruments.

Gopalnathji has taken Carnatic music via the saxophone to the masses, to the world stage, including London's Royal Albert Hall in the 1990s. His popularity ensured that the sounds of the saxophone reached the marriage halls and the ordinary man in his happiness and celebration.

As a child, he had come across the saxophone being played in the illustrious music ensemble that marked the world-famous Mysuru Dasara celebrations.

The parade and the use of saxophone in it proved to be the final push and turning point in his life. He decided to pick the saxophone as his musical instrument.

The Dasara celebrations concluded in Mysuru a few days ago. Coincidentally, Gopalnath's journey on this planet culminated during the same week.

With his demise, the saxophone in Carnatic music has lost the churner and catalyst, the leading hero; it has lost his breath, energy, practice and experimentation of supreme musical value. His disciples will take forward his legacy now.

Gopalnath was known as a forward-looking guru. Swara was sacrosanct, jazz was a breeze for him, and ‘fusion’ not a term he enthusiastically used.

In more than 40 years of his career, Gopalnath gave a lot to music. And, as it happens with the greatest musicians in Carnatic and Hindustani traditions, music rewarded him with spiritually meaningful opportunities.

Gopalnathji got the opportunity to train his own guru's son. And he was immensely and deeply proud of this fact. His voice would sparkle whenever he mentioned teaching his own guru's son. This guru was none other than the multi-faceted legendary guru, T V Gopalakrishnan.

"I went to Gopalakrishnanji, and today, I am teaching his son G Ramanathan. I am giving back all I got from my guru. It's a beautiful cycle," he once told me, while sharing his thoughts on the guru-shishya parampara (system of teaching).

Gopalnath was cradling a treasure of playing techniques that are exclusive to his musical repertoire.

As a pursuer of music, he overcame the human hurdles posed by this demanding musical instrument in the playing of Carnatic music. He worked on his breath control. He made it his medium to explore kritis and ragas.

He played a heroic role in making it a staple instrument in the traditional concert format. There were times when he couldn’t keep a count of his own concerts.

He taught Carnatic music on the saxophone, paving the way for younger musicians who were free to perform for any ventures and collaborations they liked.

Among his senior students, he has encouraged M S Lavanya — a woman saxophone artiste who was one of the young musicians moved by Gopalnath's versatility and experimentation — to choose her own collaborations.

Saxophone was a musical import ridden with complexities and was introduced into his repertoire not by lineage but by sheer personal will and determination. It was not passed on to him by a guru. This aspect makes Gopalnath's contribution and achievement in art even greater than it appears.

And as a student, it was only when he was comfortable singing and his throat began to cooperate with the improvisations on the saxophone that he got the confidence to move ahead.

According to him, learning was easier than teaching, as teaching required him to instill confidence in the students constantly.

In his younger days, which were spent learning the nadaswaram at home, Gopalnath did not find playing the nadaswaram really engaging and interesting. But the sound of nadaswaram, the playing and its techniques had filled his ears since birth.

Taniyappa, Kadri Gopalnath's father, was a nadaswaram artiste. Gopalnath found his first guru in his father at the age of five.

Gopalnath continued learning the nadaswaram but in the process, he stumbled upon its limitations related to the playing of swaras and making improvisations. Other limitations, according to Gopalnath, were related to shruti aspects.

Which is why the saxophone won him over. Emulating vocal embellishments, particularly the gamaka, made the experience as engaging as he had expected.

He was aware of the contours of learning and knew that the younger generations would need guidance with written notations and notes on improvisations.

Some of his disciples would travel from different cities in Karnataka to Chennai, where Gopalnathji stayed and taught, among other stops and pauses.

The disciples would return with bulky notes on improvisations handwritten in Kannada by the vidwan. He allowed them to overwrite on his scribbled improvisations.

During his performance, he would give co-artistes abundant space to express. His playing with the rhythm reflected how happy a person he was within.

Among the many collaborators, he was adored and hailed by flautists such as Pandit Ronu Majumdar, Shashank Subramanyam and Pravin Godkhindi.

Thyagaraja's Endaaro Muhaanabhavulo and Kurai Ondrum Illai — as sung by Vidushi M S Subbulakshmi — were at the helm of Gopalnath's musical inspiration. These propelled him to build a strong list of well-known kritis that were touched by his breath and his saxophone.

Vidwan Kadri Gopalnath's musical heritage speaks the story of his own grit, brilliance and struggle as an artiste. It glows soft like gold, just as his saxophone would on the dais and in the memory of music lovers who adored him and his experimentation.

The All India Radio must celebrate this hero — who had a special corner for the platform in his heart — as a legend, performer, artiste and guru.