The Cultural War Against Hinduism 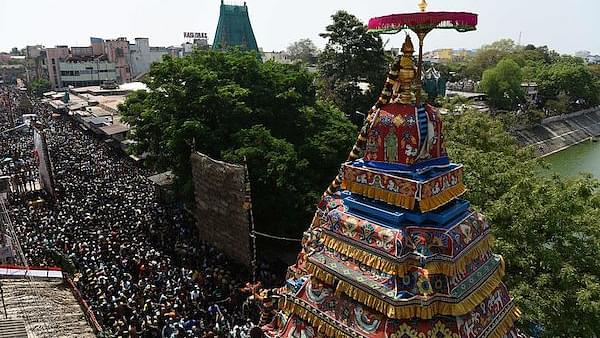 Hinduism has the oldest, most profound and many-sided culture in the world. This vast Hindu culture is rooted in the village customs of the common people and extends to the highest spiritual knowledge of exalted seers and yogis. It includes intricate arts and crafts that connect us to nature and the Earth, as well as the most sublime philosophy and yoga that directs us beyond time and space.

Hindu dharma is a pluralistic religion and way of life, with many names and forms for the Divine, numerous gurus and sects, respecting the local traditions of every segment of society.

Hindu culture has never been bound by the restraints of religious dogma. It never had to reject science as heretical to protect irrational religious beliefs. Nor did it have to ban art, music or dance as unspiritual under religious constraints about showing the Divine in human form or expressing the joys of life. There was no theological restriction on Hindu thinkers to bow down before one prophet, saviour or book, which allowed them to expand their awareness to embrace a universal consciousness.

Western Commercial Culture And The Clash Of Cultures

A new type of war is going on in the world today, a new dangerous form of the old battle for world domination. It is not simply a clash of armies, or even the noted “clash of civilisations” but a “clash of cultures”.

Western culture today is largely monolithic with the same social and political views wherever its influence prevails. This modern monolithic culture first reduced its own heritage, with the decline of older European intellectual and artistic traditions in the 20th century. It is now dominated by American popular culture, which lacks artistic or spiritual depth, but has a tremendous sophistication of media and technology. It is allied with a political vision of democracy and human rights, which unfortunately usually gets subordinated to its commercial agendas.

Now, this Western commercial culture is in ascendancy worldwide. We can see it in the brand stores with Western names, from fast food restaurants to high-end fashion outlets in cities everywhere. It is promoted on a grand scale with money, marketing, politics and the military, when necessary.

Western liberals claim to honour multiculturalism— as if they appreciated a diversity of world views— but wherever Western culture goes it eliminates or expropriates local and native cultures. Western multiculturalism can perhaps be better defined as people of all cultural backgrounds adopting Western culture and losing their own traditions.

Monotheism And The Reduction Of Culture

Along with the spread of Western culture is found the promotion of Western monotheistic religions. It was particularly true during the colonial era, but continues in a subdued form today. This may seem strange as Western commercial culture appears to be anti-religious and hedonistic, but Western religions can be helpful in its global spread. Western monotheistic religions are also monolithic and similarly tend to destroy or subordinate native cultures in the lands that they convert, drawing them in the direction of the West.

The result is that the West is happy to export a more regressive form of evangelical and conversion-based Christianity than most people living in the West follow. It defends jihadi Islam while ignoring indigenous groups like the Yazidis being destroyed by it. Meanwhile, Islam is trying to impose its regressive Sharia laws worldwide, which Western liberal culture is slowly tolerating as part of its idea of cultural sensitivity, aided by the allure of petrodollars.

Exclusivist monotheist beliefs can be compared to terminator seeds for pluralistic spiritual cultures like the dharmic traditions of Asia. They come in under the guise of religious freedom but, after they take root, terminate the pluralistic cultures they have entered into and set up their own hegemony instead. Meanwhile, Western commercial culture turns traditional cultures into folk art for casual adornment and entertainment, forgetting their sacred dimensions.

Hindu Culture Under Siege In India

This new cultural war has targeted Hinduism as constituting the largest traditional, spiritual and pluralistic culture remaining in the world. The new attack continues the anti-Hindu agendas of missionary movements and foreign rulers from bygone eras. It is often allied with foreign money and influence, filtered by foreign NGOs.

Hindu culture is under siege in several directions.

The first is by an aggressive media in India that doesn’t understand Hinduism’s cultural beauty or spiritual depth. It promotes a leftist Western culture and a neo-Marxist view of the world and, while raising the call for political freedom, brings in the conformity and materialism of socialist thinking. The media is particularly powerful in the new cultural wars, as it has become the social voice of the high tech era.

The second line of attack on Hinduism is from an anti-Hindu academia that reinforces the same influences. Though great India gurus like Vivekananda, Aurobindo and Chinmayananda explained the deeper yogic meaning of Hindu traditions decades ago, West-leaning academics ignore their wisdom and instead use Marxist theories, deconstructionism, or Western religion, psychology and mythology to interpret the vast Hindu tradition— and deem it unprogressive.

Those from the Left in India seldom have any culture apart from the Left in the West. They are often funded by Christian and Islamic groups, making them defenders of Western religious causes. There is little Indian about them and almost nothing Hindu. This anti-Hindu cultural trend began with Nehru, inherited from the British, and has become more pronounced over time, particularly in Delhi high society.

With the Left is allied an aggressive judiciary in India that feels it has the legal right to rule over Hindu practices, including to ban whatever it feels inappropriate, however ancient or revered. The same judiciary, however, will tread carefully with the inequalities or violence that occurs in Islam.

This cultural war is targeting Hindu festivals that keep Hinduism alive in the common people, and denigrating Hindu gurus that sustain the Hindu spiritual path of enlightenment and self-realisation. It goes after popular Hindu customs like Jallikattu or Dahi Handi, while excusing Islamic separatism and terrorism at a political level. It has created questionable legal cases against many Hindu gurus, while meekly respecting divisive preachers from other religious traditions.

An Ongoing Conflict For The Future

We can expect this cultural war against Hinduism to become more pronounced in the future. Discriminatory practices or violence in Hindu society will be highlighted, if not fabricated, but those in other religions will be excused away. Caste and untouchability will be used to divide Hinduism, ignoring Hinduism’s own social reform movements, and the many innovative programs to help the poor by the new government, which the Left deems as too pro-Hindu to support.

Fortunately, the vastness of Hindu culture can ultimately prevail over the superficial cultural movements in the world today that lack an understanding of higher consciousness. Hindu Yoga, Vedanta and Ayurveda and its ally, Buddhism, are also spreading worldwide at a higher level of ideas, insights and aspirations. Promoting their teachings globally will aid in preserving the traditions of India. But we should not underestimate the dangers. A long-term vision and deep strategy is required— an unwavering determination to deal with an ongoing global clash of cultures.