The Lesser-Known Rajaji: How The Statesman Worked To Bring Indian Culture And Science Closer 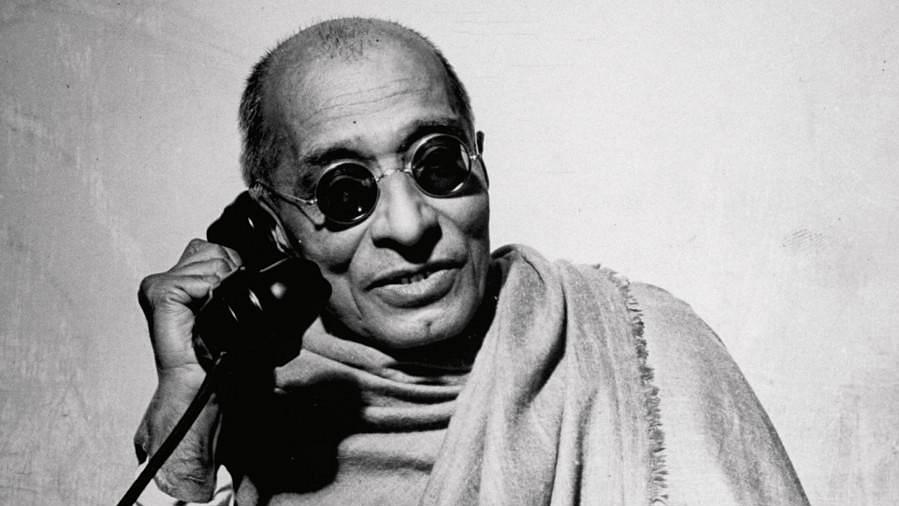 While many of us know C Rajagopalachari, or Rajaji, as a great statesman and a person with in-depth knowledge of Indian spirituality, there is another dimension to him that is less known. He strived for a dialogue between Indian culture and science.

In a collection of his Tamil essays, there is a dialogue between an orthodox religious person and another person, who was well versed in both Indic lore and modern science. The latter, who is the protagonist, calls the vision of the universe unveiled by science, the viswarupa darshanam, or the cosmic form of godhead shown to Arjuna by Krishna. In the dialogue, titled the same, the modern science seems to be the eye of gnosis that reveals the cosmic form, which is magnificent and makes a human being bow in humility.

So the protagonist declares to the religious person much to his chagrin that the scientists ‘with their telescopes, microscopes and spectral analyses are the ones who really get to see the cosmic form these days’. The religious person, a dhikshitar, does not take this provocation lying down. He asks how the scientists researching in the physical sciences can ever be compared to the seers, who realised the great truths through meditation. The protagonist does not take a confrontational stand, instead he points out that the whole universe being a divine body (a Vaishnavite concept interestingly), how would a person not know its essence, the spiritual truth, by studying the other. And the dialogue grows.

The dialogue is essentially about the aesthetic and philosophical implications of the vision of the universe that the science unveils and the contention is that one can get a real spiritual experience by the contemplation of the universe that modern science reveals. As Rajaji explains through his protagonist the wonders of the universe, starting from the speed of light, to the gigantic dimensions of the universe we live in and the immensity of space-time fabric, the religious person exclaims that the concepts resonate with maya. May be true, but the aim of Rajaji is clearly not to allow his reader to slip into such self-satisfying exclamations. So he reminds the religious person (who is in a way also his reader) that what is being told is no speculation, but definite data attained through research that is rigorous.

As the dialogue progresses the religious person agrees that the cosmic form can be seen through modern science and that the ‘we-know-it-already’ attitude actually makes us losers. What is to be noted is that the dialogue is an attempt not to praise science by discrediting religion, but creating a bridge in which a person of Indian culture can appreciate science in his or her own cultural context. So the protagonist rejects an anthropocentric conception of the universe. It is more a leela than anything else, he informs the readers. And particularly the timescales, which modern science says and the Hindu texts describe seem to be in accordance to what Rajaji says, not with the glee of a revivalist but with the modesty of a learner. Decades later Carl Sagan, scientist and science-populariser, would also come to the same conclusion.

The collection also has an article titled ‘Meaningless fights’ about the racial interpretations to our epics. This is based on the talks he gave on the subject in 1930s. Here, Rajaji says:

Some know-all Western scholars came to our country and gave the Aryan-Dravidian interpretation to Ramayana and intra-Aryan clan fight interpretation to Mahabharatha. Once this is taught in the schools, our learned pundits also blindly believe this and start analysing our epics through these faulty lenses. …But what if I go to England and start preaching that the slaying of the dragon by St George as the fight between the Celts by the Saxons? They would laugh at me. …While everywhere else people use their epics to strengthen and better themselves, we are made to invent fabrications about our great epics and fight amongst us!

When the chroniclers of the Discovery of India bought without questioning the Aryan-Dravidian interpretations of our epics, Rajaji questioned it by showing a true scientific spirit. He was a person who would not be satisfied with received wisdom. He questioned and we are richer because of that.

Subtle satire, in-depth knowledge of science and Indian culture, an urge to take knowledge to the masses as part of nation building – one can see all these in the writings of that grand venerable man.

The copy of the book this writer has is the fourth edition and the year is 1955. Clearly, Rajaji had written these articles in Tamil which deal with science, scientific approach to history etc, long before, even as he along with his compatriots were fighting for freedom and when going through the tumultuous times of Partition.

Rajaji, the nation builder, never spoke in academic forums about ‘scientific temper’. He spoke about science to the people in their language and in a way they would not be culturally alienated. He could well have written these in English and world would have hailed this dimension of him also. But he wanted no fame of that sort which some of his contemporaries sought. He wrote for the masses. Taking science to the masses in the least resistant way and integrating it with the art and culture of the people is even today a challenge. On his birth anniversary let us remember the man who showed us a way towards that end.