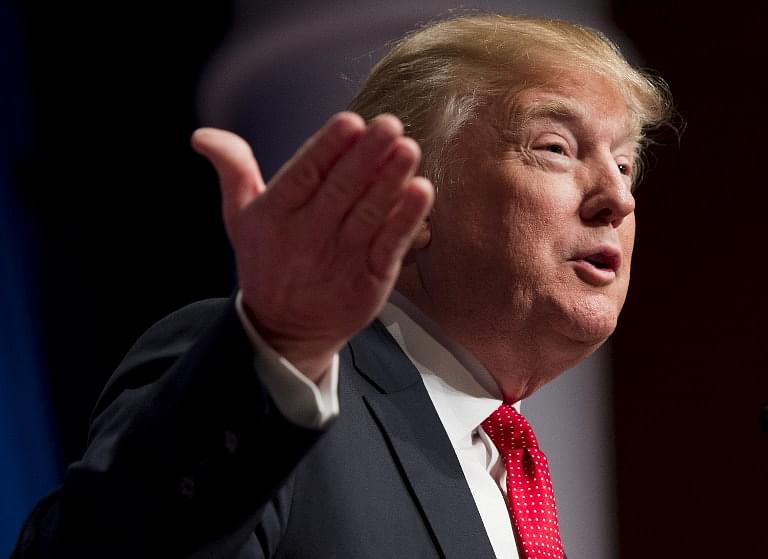 The liberal’s tolerance of islamist intolerance, couched as politically correct behaviour, has contributed to the rise of intolerance worldwide.

If you are wondering why Donald Trump, despite being widely derided as an unspeakable politician (especially for his sexist and uncouth language) is still leading the polls for a Republican nomination, the answer is counter-intuitive: being politically incorrect and unreasonable is actually key to his success.

To call Trump “progress” may not be apt, but the point is this: it is the unreasonable idea or the unmovable person who brings about change, even if the change is for the worse.

Nassim Nicholas Taleb, in an interview to The Times of India today (1 February), explains why an intransigent minority can make everybody adopt something they didn’t want. He explains why a three percent minority which won’t eat genetically-modified (GM) food or a small section of the population that wants halal meat effectively forces the entire world to change its tastes.

Again, the reasoning is similar to Shaw’s: the people who don’t mind GM food don’t mind non-GM food, but the anti-GM minority will not eat GM even if given to them free. Since economies can’t be viable operating separate food systems for the unmoving minority, it focuses on providing what is acceptable to all.

Taleb explains this as the power of “asymmetry”. He says:

The implications of the Shaw-Taleb logic of asymmetry are many. It means a strong minority will always manage to do what the majority opposes. McDonald’s does not serve beef or pork in its India restaurants because small minorities among Hindus and Muslims will not eat them.

Strict Jains will not eat onion, and so now many more restaurants and roadside eateries offer “Jain” food. Those who couldn’t care less about whether the food is Jain or not will not mind anyway if Jains are indulged this way.

Look at examples that go beyond dietary habits. Only a tiny fraction of Muslims may want Sharia law, but since the majority of Muslims does not oppose it, Sharia becomes the way to go for everybody. Put differently, a small group of determined rogues can have a huge impact on the whole world.

Only a super-tiny fraction of terrorists may be suicidal jihadis, but as long as there are some of them, the cost to the rest of the world will be huge. If you look back on 9/11, some 19 suicidal jihadis triggered the downfall of American economic supremacy, first by forcing the country to spend billions of dollars on defence, and then by making America over-extend itself militarily and economically, till we finally ended with 2008.

Similarly in financial skulduggery. Once a small minority of financial specialists manages to make huge amounts of money from snake oil financial products like CDOs, the others follow suit for fear of being left behind. In due course, even normally rational bankers are selling dangerous products of which they know little about the risks involved. Stories of a few people making millions from Ponzi activity make it self-fulfilling since everyone wants to be the early bird who gets the worm.

To enter a more controversial territory, Taleb’s idea should worry Hindus who are vulnerable to more rigid religions.

A Hindu has no objection to anyone having his own approach to religion, but this is not the case with Christianity or Islam. In other words, the Hindu is open to Christian and Islamic ideas, but the reverse is not true at all.  So while Hinduism is naïve and accommodative, the religions that are closed to outside influence have an edge in the numbers game, unless Hindus also decide to become unreasonable about their faith.

Taleb also points out why democracies are vulnerable. A democracy cannot, by definition, be against free speech. But what if someone who does not believe in free speech uses the freedoms available in a democracy to campaign against freedom? Taleb calls this the “meta-democratic problem” and advocates intolerance towards the intolerant. If we are tolerant towards the intolerant, we will end up with fascism, as Germany ended up with Hitler.

By implication, it means that India’s reasonableness with Pakistan can only end in strengthening the latter. Maybe we should try to be more intransigent with Pakistan.