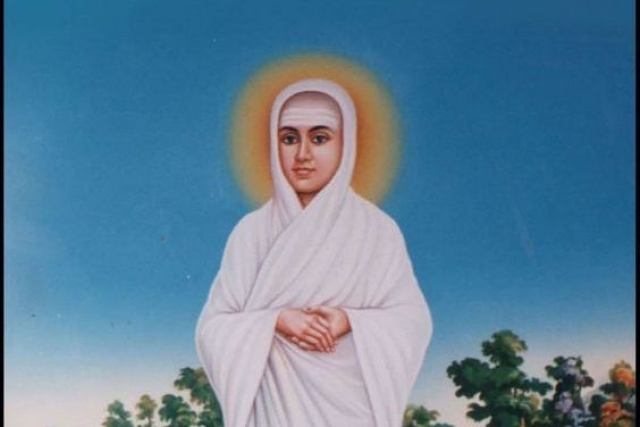 As colonial control and expansion started in full force in southern India, the collective Hindu spirituality and culture started creating diverse responses to this colonial onslaught. All of this would later coalesce to become the modern Hindutva movement.

One such important movement was the one started by Ramalinga Swamigal (1823-1874), popularly known as Vallalar or Ramalinga Vallalar.

It should be noted that at that time southern India produced three seers: two spiritual and social, and the other socio-political.

Iyya Vaikundar created a critique of colonialism and the resulting social stagnation, through a Puranic language. He brought together various Hindu jaatis to fight against proselytising and colonial economic exploitation.

Lakshminarasu Chetty understood the processes of Western democracy and created structures to use them to the advantage of Hindu agrarian communities while also fighting against conversions.

Vallalar harmonised his own inner quest for absolute liberation with the societal emancipation.

Swamigal born in a traditional Shaivite family, and was a child prodigy. He had had early mystic experiences. Soon, he launched himself into creating a movement that aimed at adapting the ancient social and cultural components to the challenges emerging around him during the colonial period. This he did with the innate spiritual strength that he possessed.

He concentrated particularly on alleviating the food insecurity caused by the frequent famines which were the results of the East India Company’s increased control of southern India.

Feeding the poor and the needy through the ever-burning oven kept alive became a symbol of Dharma for Vallalar.

To this day, the huge oven burns for feeding the needy at Vadaloor, the headquarters of the movement.

In order to create a prose text, Ramalinga Swamigal chose a famous episode in Tamil tradition where a Chola emperor killed his own only son under the wheel of the chariot because the prince had killed a calf while riding his own chariot. The mother cow in its grief had asked for justice. Whenever justice is being discussed in Tamil Nadu, this episode is cited as an example of perfect Dharmic justice.

Vallalar Swamigal chose this episode and presented it through his prose and poetry. The work, titled Manu Murai Kanda Vachagam, was first published in print at Chennai in 1854, three years before the great rebellion.

In his dramatising of the entire episode, we find some peculiar features.

In the work, the traditionalist courtiers argue that a human life should not be killed in exchange of that of the cow's calf. They say that according to the Smritis, there are quite a few proper rituals and through that, the sin could be removed. Further, they state that the both lives are unequal and that human life is superior.

As against this, through the protagonist the Chola king, Vallalar states the greatness of the cow in the following words:

Of all births, being born as a cow is considered superior. Under its horns are Brahma and Vishnu. At the tip of its horns are the sacred water bodies like Kaveri. In its head resides Shiva and in its forehead Shakti.

Subrahmanya is in her nostrils. In her ears are the Asvini Devas. Her eyes are the sun and the moon and Varuna resides in her tongue, Sarasvati in the sounds she makes and the Gandharvas reside in her chest.

The ocean of milk is in her udders and the fire of all sacrifices is in her vital organs of stomach, heart and face. Great of the women like Arundhati reside all over her body. So it is said. Further she gives us treasured milk with which we bath Shiva and she is the basis for the production of holy ash. She is the mother of that bull of Shiva which has the four Vedas as its legs, karma and wisdom as its eyes, scriptures as its horns, Dharma itself as its body and penance as its gait. Can we consider such a cow as just animal?

One could read this as a critique of the violent disruption colonialism was bringing to the agrarian system, destroying all the good elements in it while amplifying the negative elements in order to aid the colonial exploitation.

In a famous statement, Vallalar also stated that he empathised with the crops suffering drought – ‘whenever I witnessed a crop in distress, I experienced the same distress.’

With such a non-dual identity with all existence at the core of his darshana, Vallalar created a movement that emphasised ascension from bhakti to merging in pure formless Light eschewing all divisions and barriers.

At a time when colonial scholarship was spreading the Aryan race theory and was quite successful in making a section of the southern Indian Hindu scholars believe that they belonged to a non-Aryan race, Vallalar, in his own gentle way, rejected this race theory. He used the term 'Aryan' in the traditional Hindu way to signify the ones with enlightened spiritual wisdom.

Here is an interesting question.

What would have been the approach of Vallalar to the New Education Policy - particularly the three language policy.

Vallalar was a great lover of Tamil. He considered Tamil a divine and sacred language. He had written about the spiritual greatness of the language as well. It is said that he taught the then Peethathipathi of a Shankara Mutt the sacredness of Tamil.

Swamigal placed the sacredness of Tamil in the context of the sacred geography of Bharata Varsha and hailed the language as one providing an ‘easy access to the experiential essence of Rig-Yajur-Sama Samskritha Veda-Triya’ through the Shaivite sacred texts in Tamil.’

In 1867, he established a school ‘Sanmarga Bodhini’, where education was given to all, from children to adults. Here, Vallalar followed the three-language teaching Tamil, Sanskrit and English.

Vallalar Swamigal also contrasted the difference between Dharmic religious systems and others.

While he rejected the religious differences within the Dharmic spiritual quest which he called the ‘sutha saramasa sanmarkam’ (pure, harmonious, all-encompassing divine path), he clearly distinguished between ‘Hindu systems’ and ‘others’.

Thus one can say that Vallalar Swamigal prefigured the definition that Savarkar would come up with later. Vallalar stated:

Vallalar institutionalised a universal, pure-non-dual sadhana of jothi worship and harmonised it with the social service movement—particularly food security and national education. Thus, Vallalar can rightly be considered as one of those important progenitors of the Hindu/Indian national movement who did not compromise on its spiritual kernel too.

When Tamil Nadu is submerged in the lies created by colonial propaganda, understanding the greatness of Vallalar Swamigal in its true essence - through his Thiruvarutpa, will help Tamil Nadu emerge again as the land of Dharma and moksha.