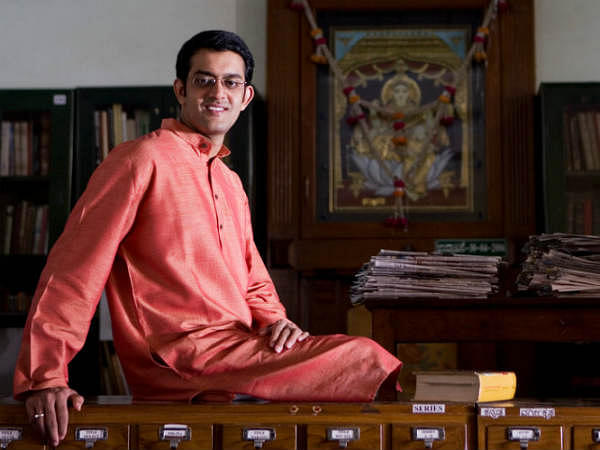 Weeks after stepping down as director of the Bangalore Literature Festival, writer-historian Vikram Sampath talks about the circumstances preceding his decision, and how literary fests across the country have become echo chambers for those subscribing to similar points of view.

Edited excerpts from an email conversation with Antara Das.

Q: In a newspaper article published in Mint in October this year, you had written “As an optimist, I do not believe in resignation and quitting”. What changed around you that prompted your stepping down as director of the Bangalore Literature Festival (BLF)?

A: The context of the resignations are different. In my article, I mentioned that the eminent writers who are part of the Sahitya Akademi’s board have an influence over it which also extends to moral coercion to initiate any reformation that the Akademi might require. All our cultural bodies do need a lot of overhaul and reform and we have had an entire High Powered Committee (HPC) at the behest of a Standing Committee of the Parliament do an audit of these bodies last year. It was in that context that I said that rather than abdicating responsibility by stepping down, stay within it and bring about the changes you seek to achieve.

The BLF was a different issue. Here my stepping down saved the festival which was otherwise threatening to get derailed by a vicious propaganda. What started as a boycott by three Kannada writers was threatening to snowball into a larger issue.

I know that manipulative editors of newspapers, a few writers and journalists were calling other participating authors and dissuading them from coming to Bangalore for the festival. Authors who were not even invited were giving long sermons about why they withdrew and did not want to legitimise what they called a “right wing” and fascist festival. A lot of moral pressure was being put with media reports mentioning names of authors “still participating” in the festival. If this is not bullying or holding to ransom, I fail to understand what else is!

Since they all had a problem with me and my public views on certain matters, I took the painful decision of stepping down to save the festival which I had founded and nurtured over the last three years.

The ones who had publicly stated their decision not to attend naturally faced a moral dilemma of coming back after my exit. But my timely exit ensured that several others who were on the fence and considering pulling out or were being influenced now took a stand to participate. Hence the two contexts are totally different.

Q: Given that our idea and perception of the past is fraught with conflicting claims, how did you try to address these concerns while planning and organising the BLF?

A: I don’t see how these two issues – of varying versions of the past and that of the festival – can be juxtaposed. Every work of history is an interim assessment and there is no final word on any historical work. However well-researched and well-presented a work is, it can be overthrown and revisited in the wake of new facts, analyses and interpretations. That is the quintessential nature of historiography. This should be left to historians and academicians to settle, discuss and debate.

Politicians with half-baked knowledge of history or worse, a literature festival is not the arbiter for this. The Bangalore Literature Festival has been a neutral platform that had brought in people from all persuasions, ideologies and shades of opinion on to a common venue to debate and dissent. Isn’t that the corner stone of a democracy, of the oft-repeated word ‘tolerance’?

As an organiser who is also an author, historian and a thinking individual in a free country like India, I have every right to have an opinion on any matter and express it freely. But these opinions do not and have so far not coloured the programming of the festival. Else would Shashi Deshpande, who resigned her position at the Akademi, be invited as a keynote speaker? Would Sarah Joseph be invited at all? So this point that going to the festival of which I am one of the organisers legitimises it and my opinions is utterly meaningless, according to me.

There was talk that BLF meted out a step-motherly treatment to Kannada, which again is a bogus charge. After English, the largest language contingent over the last three years has been for Kannada. I would urge Swarajya to put a comparative chart of the major [literary] festivals in the country – Jaipur, Kolkata, Mumbai, Chennai and Bangalore – and see how many local language writers were accommodated in each of these major festivals. In fact, a parallel festival in Bangalore itself has token to negligent participation for Kannada. No one complained then – not the mischief mongering editors who were part of those festivals.

Q: If writers boycott a literary fest because they find their opinions at variance with that of an organiser/organisers, does it imply a future where literary events are segregated along ideological lines?

A: Sadly, it seems [to be] the case. Our literature festivals are becoming cabals and echo chambers where the same voices are heard over and over again. As someone who attends festivals, I am exhausted sometimes to see the usual suspects repeat the same lines and jokes and comments in every venue! It’s like a caravan of moving nomads who will only listen to each other and things convenient to them. Where is the charade of free speech then? This whole drama regarding the Bangalore Literature Festival makes me wonder if the new cardinal principle is that we will attend festivals and conclaves only if our views match those of the organisers. Is that really being tolerant to differing view-points?

Q: The returning of awards by writers managed to bring their concern mainstream, and initiate debates. Would you say that such a militant tactic – instead of a literary one – bodes well for writing and literature?

A: I would not go so far as to call it a militant act. My question articulated in the article in Mint remains about the selective outrage. If we stand for freedom of expression, we must be unequivocal and demand it for every writer or artist from Salman Rushdie, Taslima Nasreen and TJ Joseph to Sanal Edamaruku, Perumal Murugan and MF Husain. And of course, even a Vikram Sampath.

‘I will not engage with you if I do not agree with your view point’ is, according to me, intellectual ostracism and untouchability. We can’t suddenly decide that the apocalypse has descended on the country and use all our intellectual horse power to perpetuate this feeling.