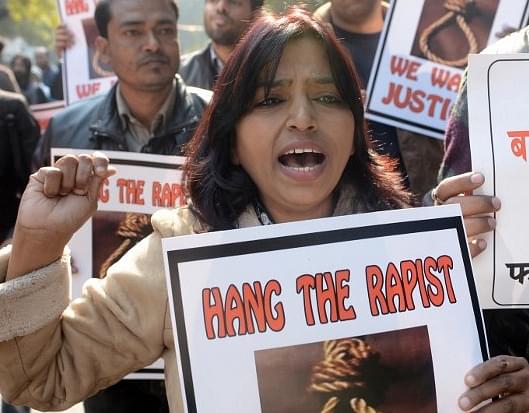 Ideal reportage is the portrayal of reality as it exists. By manipulating the essence of truth in its stories, however, Western mainstream media conveniently projects crimes in India as appropriate representations of Indian culture.

From gang rapes to encounter killings, and from foeticide to pollution, mainstream media’s coverage of India is a pradarshan of the perverse. The exotic, erotic India that abounds in Western stereotyped images, is now a harrowing India. We have seen the faces of the criminals that make it such: Radha Devi killing her children, Mukesh Singh, the Delhi bus rapist, and many more. Their actions deserve unequivocal punishment, and one hopes that a creaky justice system will deliver a harsh verdict. But as a clinical psychology doctoral candidate, observing from afar, I am struck by the asymmetry in how the media defines the understanding of what may underlie the mayhem.

On March 17, the New York Times’ Ellen Barry covered a grisly story, but one not altogether unfamiliar: a poor Indian woman, Radha Devi, strangled her three daughters before attempting to hang herself. While the setting was unfamiliar and the details of the event were different, the story was reminiscent of accounts of Andrea Yates, Susan Smith and many others.

These stories have all drawn out the horror and despair that any account of mental illness perverting the sacred bond between mother and child should. But examine the Times story on Radha Devi, it is tinged with something even darker. Instead of taking the opportunity to bring light to the dearth of mental health services in India and the impact that the stigma associated with seeking psychiatric help can bring, the piece blamed Indian culture. Rather than a story on a mentally ill woman listening to the voices in her head, we were treated to a commentary on the depravities of a culture ostensibly devaluing the girl child.

There was an opportunity for the Times to raise awareness on a real issue that is negatively impacting millions of Indians, instead, the writer chose to add to a calculated narrative that has been weaved through this and the coverage of other events – like India’s Daughter. Far too many Western writers, of late, have taken these opportunities to bring to light different issues by taking over the discourse on women’s rights in India and demonising Indian men.

I’ve seen the deleterious effects of a lack of mental health awareness in clinical cases involving Indian-Americans, and also through vignettes by family in India. This is a story that, indeed, needs to be told. While depression and anxiety and their causes and manifestations are not quite understood, psychosis is misunderstood completely. A psychotic person is more likely to be treated with a variety of superstitious rituals than with medication or therapy they so desperately need. It is this lack of awareness which too often leads many in India to ascribe any explanation except mental illness to abnormal behaviours. The New York Times would have done much better to explore that reality.

Instead, the coverage of Devi’s story juxtaposed against Andrea Yates’ shows exactly how the opportunity was lost. In the case of Yates, mental health issues were clearly highlighted. The first piece on the story was only two sentences long, but even in that small amount of space, Yate’s depression was highlighted, and one left the piece thinking that mental health issues were the rationale behind the heinous action. In her case, the narrow definition of insanity in Texas, the court rejecting her insanity defence, and the subsequent retrial and “not guilty by reason of insanity” verdict sparked a nationwide debate about mental illness in the United States. Yates’ postpartum depression diagnosis was always front and centre.

In covering Devi’s case though, the Times coverage was that Devi “was mortified over having no sons, which have traditionally been prized above daughters in India, in part because girls’ parents must provide a dowry, whereas boys are seen as future earners.” This social commentary is a bit gratuitous given that the story itself highlights that Devi was once in a state of catatonic depression, and that she heard voices that dragged her to the forest where she killed her girls (clear psychosis).

There are a lot of questions to be asked about why Radha Devi was given the medications she was, given the symptoms described, and the economic and social limitations that precluded a psychologist for psychotherapy given her symptoms. No diagnosis can be arrived at, of course, given the sparse details of her suffering and behaviour in the piece, but in lieu of a treatment history, we’re given her neighbour’s quips of Devi wanting a son as explanation for her heinous actions. Given the lack of education about mental illness among the masses in India, and especially in the low income area in which Radha Devi lived, these explanations should only have been used as an example of the huge problem, instead of as the explanation for Radha Devi’s actions.

If nothing else, Devi’s husband’s actions, as described in the piece, should make it clear that societal pressure for a son was not pushing Devi to murder her three daughters. While one may be wary of anyone’s words, the husband’s contentions aligned with his words. He was struggling financially, clearly, but took his wife to see a psychiatrist as often as he could. If he was so insistent on having a son, wouldn’t he have spent his time, energy, and money in that direction, instead of responding to his wife’s threats to his daughters with a cry for help?

The tragedy here is not that Devi felt such pressure that she felt compelled to strangle her daughters, but that even with her husband’s best efforts, this unfortunate man could not get Devi sufficient help to prevent this horror. The conclusion that should have been offered was that the impact of Devi’s depression or the unresponsive nature of psychosis led to a horrific tragedy. Beyond missing an opportunity to highlight an issue that does not receive enough coverage, it was deplorable for the Times to turn the story into another commentary on the state of women’s rights in India with little evidence.

The debacle around the documentary India’s Daughter further illustrates the point. Leslee Udwin may have been well-intentioned as she headed to India to make a film on Jyoti Singh, the brave woman that fought off attackers on a moving bus until she was overwhelmed, raped and killed. But little that has happened in the time since the release of the documentary has brought any safety to women in India or has prevented rape in any fashion. Instead, due to the misguided move by the Government of India to ban the film, the documentary has gone viral, and the discourse of late has revolved around censorship and freedom of speech instead of several problematic features of the film.

Most viewers have been exposed to the headline – “Indian rapist blames victim” – and several horrifying quotes from the perpetrator and his foolish lawyer. The narrative has been of the opinion that the criminal and his lawyer are a reflection of the larger Indian male mentality.

When criminals are examined in American media, even as recently as in the case of the German pilot who downed his plane, there is a narrative of “what went wrong?” and a desperate search for mental illness or any explanation that makes it clear that the perpetrator is an anomaly, and not a representative of any wide group. Rapists, murderers on death row, the Boston bomber – all were studied exhaustively in the media to explicate their actions.  Mental illness is often elicited and contextualised within a complex family history or social environment to understand what motivates such deviancy. But even as one may make a cogent virtual diagnosis that Singh presents facets of an antisocial personality disorder, we must remember that mental illness is not a prerequisite for criminality, and we should never stigmatise those with mental illness.

So let us assume that Singh does not suffer from a diagnosable mental illness to explicate his horrific behaviour. One could still argue that the media treatment Singh received is very different from that of other criminals in the Western context. Instead of examining Singh, and contextualising his personal experiences, encounters and childhood that may have shaped his twisted mindset, the tone of the Udwin documentary is that Singh is not an individual who needs an explanation- instead, he represents every Indian male. To understand why Singh behaved as he did, Udwin amplified his disgusting views. Did Udwin travel to his poverty-stricken village, examine his childhood and understand the pressures of rapid urbanisation clashing with traditional conservative mores?

Not outright sympathy perhaps, but here in the United States, narratives of discrimination, poverty, or the sexual abuse the criminal may have faced are invoked in the mainstream media to absolve the perpetrator’s race or heritage. An African American criminal does not reflect upon his entire race, nor should we generalise that Muslims are wont to commit terror. A mental health professional would argue that Singh, like every criminal, is an individual, and that crime is as anomalous as its perpetrator. Singh should never put up as a representation of the perverse Indian male mind, but Udwin did just that.

This subtlety entirely eludes the documentary. Instead of enlightening a population, the film has created new stereotypes about Indian men. Scores of people across the globe are now under the impression that the average Indian male believes that women who dress a certain way or travel at night are fair targets. Worse still, there is an implication that Indian culture itself leads to this depravity.

The stereotyping effects of the documentary were immediately apparent, as a German professor rejected an Indian male applicant on the basis of this film and India’s purported “rape culture”.  Millions of Indian men are being told that they embody an inherently misogynist culture -that they should be ashamed of themselves simply for being Indian men. Also, millions of Indian women are being told that their plight is one to be pitied and that it’ll take outside action to bring them the justice they deserve – hardly an empowering message.

Asymmetric Western media coverage, false stereotypes and demonization must go. Let us begin an honest discussion in the Indian community as to how much we neglect and stigmatise mental health services, and how that must change. If our society is ill, we can consign ourselves to quarantine and self-hate. The alternative is to make a diagnosis and prescribe treatment.  I choose the latter.