Where Is Modi's 'Cultural' Agenda? 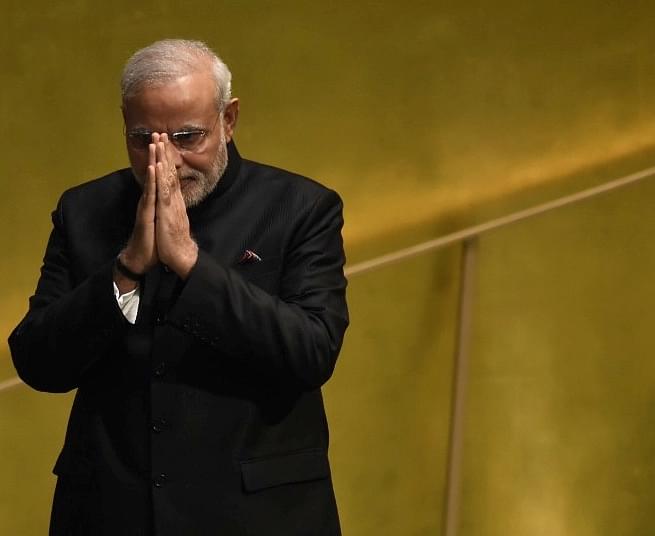 This government’s most important social policy ought to be the creation of several centers of excellence in Indian Universities that produce high quality, peer-reviewed scholarship grounded in factual evidence. These centers will eventually shift the center of gravity of Indian/Hindu studies back to India from the West.

There have been reflections galore in the Indian media on the Narendra Modi Government’s completion of one year in office. I was personally impelled to examine what issues, if any, prevented the Government from better executing on its legislative priorities. While it is impossible to argue counterfactuals, “social issues” do seem to have played a role in tempering the euphoria of the initial months. The government endured considerable criticism in the media for ostensibly yielding to fringe elements, yielding to unscientific views of history and creating an “environment of fear” for minorities. Investigations have shown zero evidence of an anti-minority conspiracy in Delhi or elsewhere, but there has been damage to India’s image abroad, impact on the Delhi state elections and an indirect impact on the government’s economic agenda.

As an American Hindu activist of Indian origin (and a member of the Executive Council of the Hindu American Foundation), I am concerned that most arguments about these issues are falling along cliched ideological poles of Indian politics. I believe that the right way out is for the Modi Government to articulate and execute a clear social agenda. This is the first of a series of articles that will each address one social issue and attempt to outline a right of center social agenda for the Modi government that is also rooted in Hindu ideals. There are any number of issues to focus on, but I believe the government’s social agenda should at a minimum address the following:

Academia and Textbooks In true Hindu spirit, everything begins with knowledge. It is true that textbooks in India are inadequate and shortchange pre-Islamic Indian history. But mere changes to textbooks can simply be thrown out when the next political dispensation assumes power in Delhi. This government’s most important social policy ought to be the creation of several centers of excellence in Indian Universities (for the study of Hinduism, as well as Buddhism, Jainism, Sikhism, Indic traditions and Sufi Islam) that produce high quality, peer-reviewed scholarship grounded in factual evidence. These centers will eventually shift the center of gravity of Indian/Hindu studies back to India from the West.

The same goes for Sanskrit studies and research on Ayurveda and yoga. This is an ambitious goal, but no more ambitious than many economic goals laid down by the prime minister.

Such government funding of religious studies is common worldwide and is not a violation of secularism. The distinction between teaching about a religion as a secular activity and preaching it as a religious act is well accepted globally. Eventually, wealthy individuals and private foundations, who are currently donating to universities abroad, will also support such work.

Let me explain why this is important with an analogy.

Complaining about school textbooks is like customers getting a defective product at a store. There is no use replacing the products at that one store. One needs to correct the manufacturing problem at the factory that then flows through the whole supply chain. Similarly, textbooks, encyclopedias, think tanks, TV/movies, newspapers and magazines, books, the internet itself, are all so many retail outlets (or distribution centers) on a global scale for knowledge manufactured at Universities. It is silly to imagine that re-writing a few school textbooks in India or writing a few internet blogs is sufficient.

Among the major extant civilizations of the world, India is alone in completely ceding the study of its own civilization to outsiders. With very few exceptions, social studies scholars in India today are merely importing knowledge from the West. When the West first started studying other religions and societies, they mainly incorporated a colonial (and racist) perspective and the “white man’s burden” to “civilize the heathen”. Later, when post-colonialism revolutionized social studies, the west began to critique all societies and religions (including its own) from the perspectives of women (feminism), blacks and native peoples (sub-altern studies), the poor/working classes (Marxism) etc.

With few exceptions, the general thrust of India/Hinduism studies went straight from the colonial perspective to the feminist, sub-altern, Marxist and, infamously, the Freudian approach exemplified by Wendy Doniger, which applies psychoanalysis to even dead Hindu saints and Gods in the puranas in a manner long discredited among practicing psychologists.

India and Hinduism have never had an academic “home team” so to speak
. Islam, China, Japan, Korea and even Tibetan Buddhism under Dalai Lama, have all spent decades supporting study of their civilizations and funding numerous scholars that accurately portray and speak for their civilizations, both in the West and within their own countries. This should not be seen as being biased. In the social sciences, unlike the physical, there is no such thing as pure objectivity and every scholar employs one approach (or hermeneutics) as her preferred method of study.

My recommendations are not exactly new. The recognition of the need for such work has existed among the NRI community in the United States for some time now. Rajiv Malhotra, a public intellectual, and his Infinity Foundation played an important role in raising awareness about the lacunae that afflict academic studies of India and Hinduism.

The Hindu American Foundation has been active for over a decade in correcting errors in American school textbooks with the help of a select group of academics to more accurately represent Hinduism. More recently, Prof. Rita Sherma, a respected Hindu academic in the U.S., announced a partnership to bring Hindu studies to The Graduate Theological Union at the University of California, Berkeley, the largest program dedicated to graduate study of the world’s religions in the US.

Nevertheless, the need is for the creation of similar world class institutions in India. The welcome departure of Amartya Sen from Nalanda University and the appointment of Mr. George Yeo as chancellor presents an opportunity to create one such center of excellence.

Can the Modi government step up and execute?