Why Are Kashi’s Most Revered Temples Dirty? 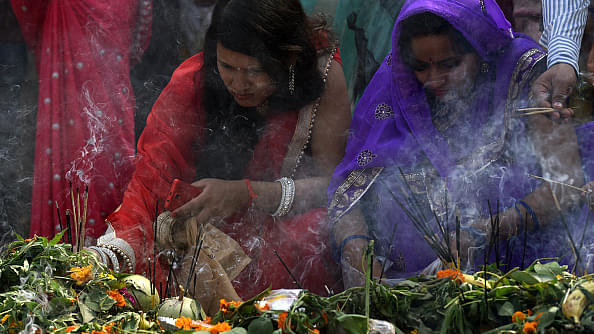 On 4 February 1916, Mahatma Gandhi was addressing a gathering at the inauguration of Banaras Hindu University when he used the opportunity to express his deep disappointment with the dirty state of the famous Kashi Vishwanath temple. Gandhi, who had visited the temple the previous day, had found it filthy and as filthy as it had been 14 years earlier on his first visit to Banaras.

What Gandhi said about the temple didn't go down well with a section of the audience. The Maharaja of Alwar even left the place in protest.

Gandhi said, "If a stranger dropped from above on to this great temple and he had to consider what we as Hindus were, would he not be justified in condemning us? Is not this great temple a reflection of our own character? I speak feelingly as a Hindu. Is it right that the lanes of our sacred temple should be as dirty as they are?"

Later, in his autobiography My Experiments with Truth, Gandhi said he was "deeply pained" when he visited Kashi Vishwanath.

"The approach was through a narrow and slippery lane. Quiet there was none. The swarming flies and the noise made by the shopkeepers and pilgrims were perfectly insufferable...Where one expected an atmosphere of meditation and communion, it was conspicuous by its absence," he wrote.

Nine decades later, visitors can vouch not much has changed. The lane leading to the temple remains narrow and slippery, dotted with excreta of stray cows and dogs.

When I visited the shrine this week, stink emanating from a gutter, blocked by a mass of rotting flowers, greeted at the gate. As I stood with nose covered in a long queue, a policeman on duty called for a wooden stick so he could himself clear the water passage.

He noticed a visitor carrying a polythene bag. “It’s not allowed," he said. The visitor took out the puja paraphernalia and threw the polythene in the direction of the gate. The cop didn't object.

A woman shrieked, this was followed by peels of laughter. It turned out that one of the monkeys jumping temple walls had pooped on her.

Just a manifestation of Indians’ easy cohabitation with dirt.

This temple draws huge crowds to Varanasi every year as it houses one of the 12 Jyotir Lingams. This makes it one of the most revered Shiva temples across India and, therefore, a must visit for Hindus.

But on return, I couldn't help but agree with Gandhi that Hindus need nothing less than condemnation for what they have done to the holy site.

But just how did we reduce one of our holiest places of worship to such a pathetic state?

Devout Hindus know that it's not just the Kashi Vishwanath we have mangled. Our most revered temples throughout India, and particularly in the north, are - to put it plainly - a repellent sight.

A shopkeeper just outside the entrance to the temple, who requested not to be named but introduced himself as a relative of the pujari, blamed the "mismanagement" on the government. "This temple has been under the control of the government since the eighties. We don't know where all the donations go. Besides increasing the temple security and stationing so many cops, they haven't done anything," he said.

"Even the allied charitable activities of the temple, like running a school and akhara, have stopped," he said.

Another shop owner in the vicinity, who introduced himself simply as Raju, objected to the term "filthy" I used for the temple in the first place. "Just what is clean and what is dirty? It means different things to different people. You city-bred folks think water mixed with soil is dirty. It is not," he said.

"We bathe the Lingam with milk and water, and offer flowers, leaves and fruits. All that leaves a mess, I agree, but it's not dirt," he said.

What about the stink and the sight of excrete outside the premises?

"All that is muncipal body's laxity. Temple authorities have nothing to do with that," he said.

The government has been attempting course correction and has announced a Rs 600 crore highly ambitious Kashi Vishwanath Corridor Project for comfortable accessibility to the temple. The plan, that was shelved several times in the past but has received a renewed push under the Yogi Adityanath government, is to make Kashi Vishwanath visible and accessible from the Ganga. This will involve demolition of many unauthorised structures around the temple that also affect fire-fighting and other rescue operations. The path, it is expected, will become much cleaner.

But for now, visitors must bear with the stench and the rot.

However, they are equally to blame.

Barely two kilometres away, again in a narrow and slippery lane, stands another revered Shiva temple named Kal Bhairav. This temple houses one of the fiercest forms of Lord Shiva and is believed to protect devotees from all problems.

"Devotees are wary of throwing anything they have bought or received from the temple as it’s considered sacred. If they receive a flower garland from the priest, they would put it around the neck of a cow because they can't dump it on the ground. They place the leftover leaves under the trees. They even refuse to throw the empty paper boxes in the dustbin. Instead, they leave them in a corner," said Pradeep Nath Upadhyay, who sells sacred hand bands near the temple.

Inside the temple, devotees turn a blind eye to the multiple dustbins. A volunteer points to a spot that devotees have littered despite a big dustbin kept right there. "They lack civic sense. If we tell them politely, they fight. We avoid fighting back as it creates a scene and it doesn't look nice," he says.

Devotees must leave their footwear outside the temple. There is no shoe house, but shop owners volunteer to keep the shoes in exchange for a petty amount of Rs 10. “But visitors simply leave the footwear in the lane, causing a mess,” he said.

Despite these aberrations, this temple is far cleaner than the more famous Kashi Vishwanath. Upadhyay says it's because the temple is run by a clan and they are free to take decisions for better management of the Kal Bhairav temple.

"Some years ago, we collected funds and got the drain running inside the premises covered. People used to spatter paan juice there. Now they don’t. We have also employed a man to sweep and mop the premises five times a day," says Vitthal Ram, another shop owner.

Ram said that he is a relative of the mahant as are most shopkeepers in the vicinity as and volunteers inside the temple. "Our deity supports more than a thousand families. His temple has been our home for centuries. We try to keep it as clean as we can using the limited funds available," he said.

In the wake of the Swachh Bharat Abhiyan, they decided to enforce a complete ban on polythene bags. "Polythene was a big menace. Cows used to feed on them. That problem has largely been tackled," Sumit Upadhyay, another shop owner, said. He now wraps the puja paraphernalia in newspapers and tells every devotee to throw the paper in the dustbin.

"We try to observe the best practices in other places of worship and try to implement them here," said Sumit. "But we also need cooperation from the devotees, which we don't get."

To dig deeper into why the erring visitors show such extraordinary tolerance to filth and add generously to it, I talked to one Sanjay Kumar Patel. A local, Patel happened to be a volunteer at another famous temple in the city, Sankat Mochan Hanuman temple. This temple, said to have been established by Sant Sri Goswami Tulsidas in the early 1500s, houses a unique Hanuman idol that faces Lord Rama and is a huge draw among the devotees.

"Jahan gandagi wahan bandagi (where there is dirt, there is devotion," said Patel.

Patel went on to dismiss the allegations that the temple premises is filthy.

"Anybody can go to clean, sparkling spots. But god doesn't reside in those places. You must take an arduous journey and brave the dirt and harsh weather in order to reach him," said Patel.

A few more conversations with devotees and it emerged that what Patel thinks is more of a norm than an exception. It is perhaps this mentality that prompted Prime Minister Narendra Modi to tell the countrymen that “Pehle shauchalaya, phir devalaya (first toilets, then temples)” - putting the need for cleanliness above faith - while talking about his pet project Swachh Bharat Abhiyan.

However, a saffron-clad sadhu (monk) at the Kashi Vishwanath temple, who said he had been living there for decades, said he watched with deep pain the premises getting dirtier by each passing year.

"The crowds keep swelling. To cash in on the crowd, more shops keep coming up. A lot of eateries have opened,” he said.

“They should be demolished. It's not a picnic spot," he added.

He asked in anger why the authorities have allowed business to grow without improving the infrastructure.

"They are all like leeches, feeding off this place," he said.

"They are testing the patience of Shiva."