Why Did These Sacrifices Go Wrong? 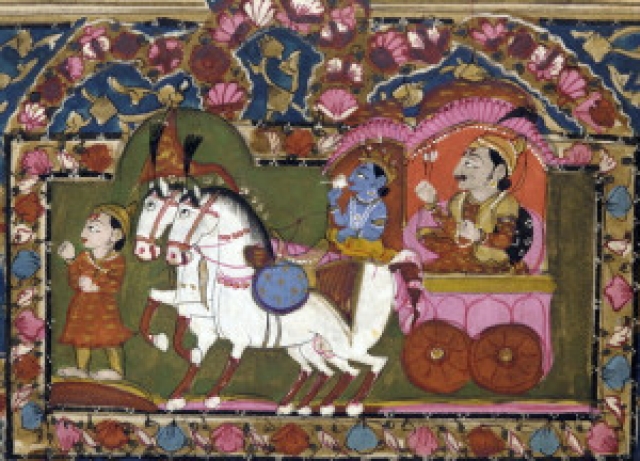 Some of the sacrifices mentioned in the Mahabharata seem to have a knack of going wrong or ending on a slightly bad note. Nobody seems to know why.

Among the many sacrifices described in the Mahabharata, three stand out. There is the Rajsuya Yagya, performed by Yudhishthira, and described in Sabha Parva. Then, there is the Sarpa Satra, the snake sacrifice that became the raison d’être for the first public telling of the story of the Bharata family. The third is the horse sacrifice, performed by Yudhishthira after the Kurukshetra war. There are also other sacrifices – like the sacrifice that resulted in the birth of Droupadi and Dhrishtadyumna – but those are not described in as much details as these three are.

Among the three listed above, the Rajsuya and Ashvamedha sacrifices are very interesting, but not quite for the reasons that would immediately come to mind.

After Krishna had convinced Yudhishthira to perform the rajsuya yagya, and all obstacles removed (which included the defeat and death of Jarasandha – described in Jarasandha-vadha Parva), all kings from Bharatvarsha were invited to Indraprastha. As the grand Rajsuya Yagya drew to a successful close, the issue of who should get the first offering – the arghya – (described in the Arghabhiharana Parva) escalated into a major incident, culminating in the the death of Shishupala at the hands of Krishna (described in Shishupala-vadha Parva). Whether this was merely the fulfillment of a long-ordained prophecy or an unsavory political episode that marred the otherwise grand ceremony is up for debate.

Some have seen in this episode, the insertion of a dissenting note – from among the myriad authors who have contributed to the epic – on the futility of sacrifices and ornate rituals. After all, with all the preparations that went into this event, it was remembered more for a guest being killed in the king’s presence and served as the pivotal episode around which the Mahabharata took a more ominous turn.Duryodhana’s envy, for long barely held in check, erupted over in uncontrolled rage – fuelled as much by Panchali’s taunt as by his witnessing the prosperity of his elder cousin.

Dig deeper and you start to scratch the surface of more fascinating themes. Shalva was sufficiently enraged by the killing of Shishupala to take his army and march on to Dvaraka (in his flying citadel, Soubha). This in turn led to Krishna having to rush back to defend the kingdom. This is described in detail in the Kairata Parva. It was in Krishna’s absence that the infamous invitation to Yudhishthira to come gamble at Hastinapura, was accepted (Dhritarashtra’s message to Yudhishthira, conveyed through Vidura, was – “Come here and see this beautiful sabha that I have built. … We will then have a game of dice among well-wishers.” 2.51, Vol II), and then acted upon by the Kauravas. Could Krishna’s presence at Indraprastha and his counsel averted this? The bottom-line is that the much awaited Rajsuya yagya of Yudhishthira was anything but a happy event.

This much is well-known.

Fast forward to a decade and a half later – give or take a few months. Yudhishthira was now undisputed king, with the eighteen-day war at Kurukshetra fought, won, and over. Bhishma had departed for the heavens, to rejoin the Vasus. Yudhishthira was, once again, convinced to perform a grand sacrifice, this time by Vyasa. The sacrifice was the Ashvamedha yagya – a horse sacrifice. This time however, the lessons of the past cast a sufficiently long shadow. Krishna conveyed to Yudhishthira this message from Arjuna – “Also convey to the king these words of mine. We should avoid a calamity at the time of offering the arghya. The king must ensure there is no display of intolerance. Because of enmity between the kings, let the subjects not be destroyed again.” [14.88, Vol. X] What had happened years ago – the fracas between Shishupala and the elders and ultimately his death – must be avoided at all costs. The preparations went through without a hitch. The horse was sacrificed [14.91, Vol, X] and the golden sacrifice was completed.Golden, because, in Vedavyasa’s opinion, “Because of the large amount of gold that has been used, this sacrifice will be famous as a golden one.”

However, after the sacrifice, a “mongoose that was golden along one flank emerged from its hole.” In a human voice, it said, “This sacrifice is not equal to a little of bit of coarse ground meal given away by a person who resided in Kurukshetra and followed the conduct of uncha.” Upon questioning, the mongoose recounted the story of the brahmana, his wife, son, and daughter-in-law who gave away even their meager meals to a guest. Having told the tale, the mongoose vanished.

So even this second time around, despite the advantage of being prepared, and despite the best of preparations, the second grand sacrifice held by Yudhishthira ended on a less than auspicious note. After all, the pronouncement  made by this strange animal – a mongoose speaking in a human voice, and half-covered along one flank was anything but normal – could hardly be termed as an auspicious end to the sacrifice.

Scholars have pored over the text and come up with explanations for the insistence – repeatedly – to end these sacrifices on a less than happy note. What do you make of it? In case you are thinking of the third sacrifice I mentioned, the Sarpa satra, it remains, in my opinion, the one sacrifice most fated to be unsuccessful. Why – that’s a story for another telling.

As an aside, do you know that, when Yudhishthira was convinced to perform the sacrifice, the king admitted the stark reality of a paupered kingdom thus – “I am incapable of giving away even limited riches. I have no wealth left.” [14.3, Vol X] Furthermore, Yudhishthira was loath to ask the young kings of the kingdoms for money; he considered them his “children.” Vyasa had a suggestion on where to get riches from. That is a fascinating tale in itself.

Note: I have used Dr Bibek Debroy’s Mahabharata, Volumes 2 and 10, an unabridged translation of the Critical Edition of the Mahabharata, published by Penguin India in 2010 and 2014, respectively, as my references.