Why Do Gujaratis Add Sugar To Most Things They Eat? 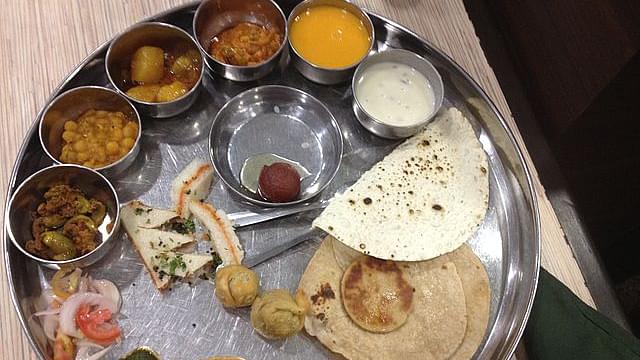 S Janaki, one of south India’s most glorious singers is often known as Kokila Kante or the Voice of Cuckoo. And the koyal’s call is one of the ultimate metaphors for a beautiful singing voice. All the way and all down the centuries from Kalidasa to Anand Bakshi. And yet, have you actually heard a koyal (kokila or kogila if you are a Southie) er, sing? I use the word with trepidation because that ...er, “singing” is actually a shrill, high-pitched near-scream and as far away from anything mellifluous as Altaf Raja is from Kavita Krishnamurthy. (We lous you, Altaf.)

What I mean to say is that reputations are often misleading.

So yes, it may be true that the jar of sugar (actually, it’s jaggery) hovers much closer to the jar of salt in the Gujarati kitchen than in any other. And yes, it’s true that in Gujarati food you will find sweetness in unexpected places. And for me, in very delicious unexpected places. (More on that later.) But saying that Gujaratis put sugar (may I once again correct you and say it’s jaggery) in everything is like saying that all south Indians are Madrasis. Or that roses are red. Or violets are blue. (I never understood that either. Violets are violet, why else would they be called violet?)

Because first of all, it’s ignoring a whole section of Gujarati cuisine like that which comes from Kutch and Kathiawar. Second of all, how do you explain khandvi? And khaman dhokla. And patrail? And dabeli? And thepla? And muthiya? And handvo? And ragda patties? And very recently, the very publicly and proudly resurrected khakra?

And most of all, if anyone has travelled through Gujarat, how do you explain what is consumed all through the day, but especially in the morning - “nasto”? Which is basically well spiced gram flour batter with not even a whisper of sweetness in it, deep fried into all kinds of shapes (fafda looks like what would happen if you deep fried yellow ribbons) so crisp and flaky that they crumble if you just look at them too hard. Crunched up with bites of very devilish looking raw green chillies. (The other famous nasto – ghantia.)

And all downed with strategic sips of chhota pegs of very hot tea that is so thick and so sweet that anywhere else, it would be called tea-flavoured payasam. Or kheer.

So the average Gujarati is partial to sweet things. Perhaps more than most other Indians. Even to the extent of allowing sweetness to creep into places where it shouldn’t. Like a dal. Or a bhaji.

But my point is this.

A visit to the average Chinese restaurant in an average Indian middle class locality will tell you that one of the hot favourites on the menu is American chop suey. Deep fried noodles drowning in tomato sauce. (I pause briefly to gag.) I think there’s more American chopsuey eaten in India – without most of us knowing that it ain’t Chinese food at all – than in America, where it was invented. And I don’t think the Chinese know about this because if they did, we’d have the second Sino-Indian war. Or at least, we’d stop getting Mysore silk saris made in China.

But the proclivity to guff American chopsuey (and that other monstrosity – sweet and sour chicken) is the average Indian palate pretending to eat Chinese food but actually satisfying its craving for chaat. Now chaat by all accounts is a savoury snack, beloved all over India. But if anyone can find me one chaat dish – all the way from bhelpuri to pani puri that does not have a sweet thingie in it, I will change my name to Tarkalkundi. (You don’t want me to translate that.) Or one samosa or one dahi vada that doesn’t taste better without saunth.

In other words, jaggery and sugar in Indian cuisine have regularly and brazenly strayed out of the dessert section into every other section, from pickles to even papads (One of the most delicious papads coming out of Dakshin Karnataka is made of ripe jackfruit. And jaggery. So take that.) And if you are cribbing about sweet Gujarati dal, what about the Maharashtrian amti and the fact that every sambar-maker worth her/his weight in sambar powder will tell you that sambar is not sambar without a generous splash of sweetness in it, enough to taste it. And imagine winter mornings anywhere in North India without hot puris eaten with jalebis. Or halwa. And puliogre without jaggery. And gajar-gobi-shalgam achar stripped of its sweetness.

So, the jaggery and the sugar, they stray. But yes, maybe they have a tendency to stray a little more in Gujju cuisine than anywhere else.

“Why” is one of the most stupid and unanswerable things in the universe. Because most “why’s” have no answers.

Why is it called the sun and not glabidoweena?

Why did we stand up?

Why is it Adam and Eve and not George and Abigail?

Why are all babies cute and most adults not?

What I mean ter say is - Who knows.

(Not that it matters, but Maharashtra, NOT Gujarat, is the largest producer AND consumer of jaggery in India)

But here’s the thing.

Stand a bowl of Gujarati kadhi next to a bowl of Punjabi kadhi. First dip your spoon into the thick, pakoda-fied globbiness of Punjabi kadhi and have a taste. Try to swallow. Or chew. Or whatever. Gargle well. Then take another spoon and gently slide it into the Gujju kadhi and scoop up a little of the pale-lemon, milk-creamy, faintly gingery, elegant soupiness. Sip. Sigh in ecstasy, even slurp a little. (The Punjabi version is too thick to allowing slurping.) Then slide, dip and scoop again and spoon it all over a little mound of steaming Basmati rice.

And go to heaven.

And wait there for winter and undhiyon, to come back to earth and eat and understand that some of the best things in life are in places where they shouldn’t be. Like sweetness in Gujju food.