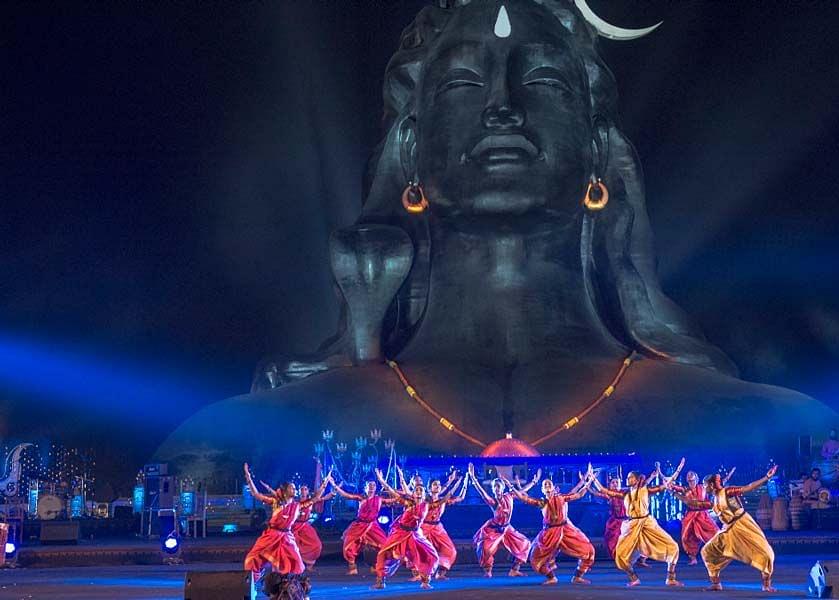 As the sun sets tomorrow (4 March), bringing in the darkest night of the year, many places in the country will be all set to celebrate the marriage of Shiva and Shakti. Mahashivaratri, the biggest of the 12 Shivaratris, has many fables behind its celebration but it is essentially celebrated as a night of awakening.

Having grown up around a temple, Mahashivaratri meant bilva leaves, night-long plays in the temple premises, the temple decked up, the deity making its rounds, grandparents telling tales of the dark lord and why it was important to stay awake. But we as children would end up sleeping way before dawn. Every region in this country has a unique way of staying awake this night. People throw stones on roofs of houses to ensure people do not sleep. Inebriation was also a key part as Shiva has also been celebrated as the ever-inebriated and the intoxicated one.

Moving out of homes to far off urban centres, where festivals are reduced to holidays, those ‘granted’ by respective companies, and unless they fall on weekends rarely are they celebrated by the youth in their respective towns.

Personally, having moved to Mumbai for studies meant celebrations that didn’t beget an opportunity to go back home were tokenistic ones. And that you realise is true for most of the younger generation today. Migration to big cities, away from our ‘land’ has meant a complete cutoff not just from the cultural cosmos but also from a strong structure of social support and coexistence that was enhanced and evidenced by such celebrations.

But an invite to the Mahashivaratri celebrations at the Isha Yoga Centre (IYC) in Coimbatore has proved to be an antidote to my rather sad moorings. For, as I alighted this weekend at the centre, it took me back in time to the days where celebrations were indeed a mammoth community affair. Only that this one is a 2.0 and a much upscaled one.

The huge stone snake at the entrance that leads to the large tank called the Suryakund, which has hundreds of men clad in dhotis taking a ritualistic dip, the huge lotus ponds on either sides of the tiny walkover bridge that leads to the large Nandi, Shiva’s majestic bull, all instil hope. Hope, that cultural symbols, when reinforced at this scale, will ensure Indic traditions and practices are not forgotten.

Groups after groups of people kept walking in chanting different names of Shiva and heading to complete the sadhana they have been on for a number of days.

As I took the shuttle between two locations, I overheard a conversation between two young men. When the first one asked the other (both hailing from the northern part of the country), if he was from “Delhi”, pat came the reply, “I would rather not want to be any such thing here. Like I have heard Sadhguru Jaggi Vasudev mention in a talk, I am trying to just be here as myself and partake in the happenings without carrying with me my name, my city, my street, my caste, and my community”.

Impressed or shall I say, glad. Glad that once again in this country, where petty differences, which were originally meant to add diversity and colour, had led to a disintegration of the very fabric of cultural plurality and led to dilution, efforts of this kind are weaving the Indic fabric strong with the threads of soft power.

Also seated in the same bus, oblivious to all this English chit chat, was a happy ‘paati’, who asked me if I was here for ‘Magasivaratri’ (that’s how they say it in Tamil). My nod got me a priceless smile from that lady — one that was reminiscent of all those wrinkled faces that light up when their ‘gen next’ actually cares to stay rooted. Like making that modak for Ganesh Chaturthi and not buying some chocolate almond modak off the shelf, or actually cleaning previous year’s diyas and ganging up at that old house to all lend a helping hand to make those sweets, instead of ordering it all online, would be an entirely different experience; one that the gen next may not even have the fortune of ever witnessing.

Especially in the times were festivals are dismissed very easily in the name of modernism, many a time under attack for being ‘ritualistic’, it is very important that we celebrate our festivals in the way they are meant to be celebrated — grand, inclusive and unapologetic.

The coconut vendor on the way that leads to the IYC is as charged as the international musicians rehearsing for the big night that is tonight. The excitement on the faces of the children practising for the kalaripayattu performance is matched by the poise in the voices of those practising their Sanskrit chants. People from all over the country have been arriving to celebrate Mahashivaratri. It is this coming together that needs to be celebrated. It is this upholding of Indicness that needs to be applauded.

For, this is not about a day. Walking around the centre, one sees hundreds of youngsters dressed in ochre dhotis and shawls who have all been observing some rituals in order to prepare for Mahashivaratri. There are around a hundred others, who are doing the Shiva Namaskar in front of the mammoth Nandi that is in front of the Dhyanalingam. If the sight of the big black bull wasn’t overwhelming enough, there are many live ones who descend at the centre to be a part of the cattle fair.

The vermillion in the Devi Temple is being sported with pride. The vibhuthi smeared across the forehead with as much love as pride. These are not the temple going religious folks who would do this anyway. Many of them are attempting something of such a nature for the first time in their lives. The sun has been setting majestically the last three evenings with Yaskha, a grand show of classical music and dance which has become a ritual.

This is my first visit to the centre at this time of the year, and the feeling I have is that if we as a land are to keep our Indic fabric intact, these kinds of celebrations are a necessity. For, they are doing exactly what those who wished that all our rituals (that are often labelled mumbo jumbo) were done away with, all our symbols forgotten, all our practices dismissed and all our culture appropriated, would not want done. Which is why every time a celebration of this scale happens, you have the known ‘experts’ who will have a ‘major issue’ raised, a violation that will be pointed out, some ‘injustice’ that will be protested against. Isn’t it strange that those who are pitching in to enhance our soft power capital are very often at the receiving end of this pointless criticism?

Massive community kitchens have been put in place for the ‘maha annadanam’. The serving of food that is to take place tonight will see all the thousands of people who turn up for the event standing under the common roof of the dark night sky. The ones who have paid and got passes for this night might hardly be a handful but no one who is here is getting any less of anything that is being offered. And that is how our community celebrations have traditionally been. That is precisely what Dharma is. Those who can afford to pitch in with whatever resources possible have always done so to enable all who wish to partake in a ritual or celebration of this sort with minimum discomfort.

The local tailor has her hands literally full with all the work that has landed as most people would like to look their best for this big night. The dosa cart, the tea stall, the canteen, the icecream vendor outside the entrance are all as abuzz with activity as the rudraksh shop, the books store, the Isha Shoppe inside.

Prime Minister Narendra Modi unveiled the 112-feet Adi Yogi statue two years ago which has also been a major tourist destination now. This year, President Ramnath Kovind is said to join the celebrations as it also marks the 25th year of the celebrations here. But the part that needs to be applauded the most is that an event of this nature has ensured not just the few lakhs of people who make it to such centres but also those that will watch it live in their respective homes through TV channels or web-streaming are all celebrating this one night of awakening.

Be it the drum beat of the dollu kunita or the resounding of Amit Trivedi’s music or the mesmerising kalari performances, I have a lot to look forward to and it wouldn’t be wrong to pray at this day of seeking ultimate liberation, that “into the heaven of freedom my father, let my country awake”. Shambho!