Why Should The RSS Dislike Jana Gana Mana? 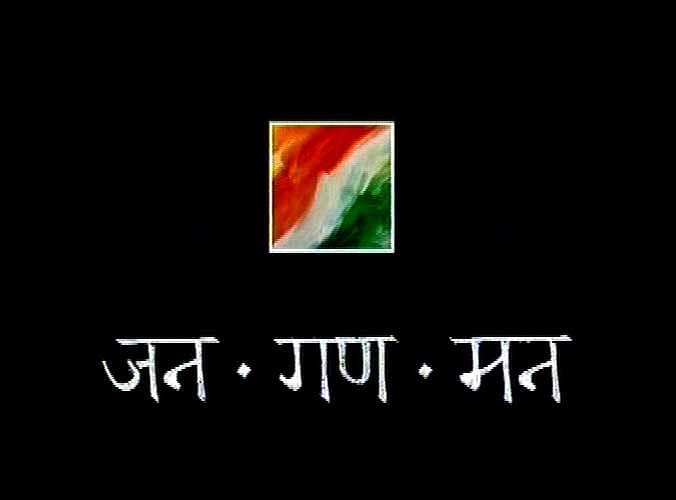 The controversy over the National Anthem is a result of the original hymn’s secularization by the Congress and the floating of an ill-educated conspiracy theory by some on the Right.

Most of the RSS cadre go through an urban legend that gets circulated in their Shakas: Jana Gana Mana was actually written to greet King George V, and that it was made India’s National Anthem in place of Vande Mataram by the Gandhi-Nehru ‘high command’ in order to appease Muslims! The extent to which the Gandhi-Nehru duo was ready to appease Muslims would be underlined by the fact that today we have as our national anthem a song written to greet the British sovereign, they allege. Many swayamsevaks grew up listening to this urban legend and many RSS pamphleteers have put this in print with all rhetorical flourish.

However, a small section of those on the Right have been rubbishing this unofficial yet widespread approach towards the national anthem. It was not the RSS that invented this legend, though, nor are its members the only ones who are spreading it. Retired judge Markandeya Katju, known for his eccentric views, even wrote a blog post perversely titling it, “The British stooge Tagore and the National Anthem“ (20-April-2015).

Incidentally a myth regarding this song needs to be refuted and laid to rest. It is on record that the song was written on 11 December 1911. On December 12 1911 the Delhi Durbar met to honour King Emperor George V. Obviously a poem written on 11 December could not be intended for an event the following day. The song was actually sung at the twenty-seventh session of the Indian National Congress, Calcutta on 28 December 1911 as th eopening song at the beginning of the day’s proceedings. Thereafter it was also sung at the foundation day anniversary of Adi Brahma Samaj in February 1912 and included in their collection of psalms, Brahma Sangit. [Rabindranath Tagore: An Interpretation, Penguin Books India, 2011, p 206]

It is indeed tough to see how a song praising the British Emperor could be included so readily in the hymns book of the Brahmo Samaj founded by Raja Rammohun Roy, of which Tagore’s family was a follower!

In reality, the controversy had its origins in the foolishness on the part of the Congress. The dispute was as old as the public rendering of the song. Tagore himself had to refute the charge as follows:

A certain high official in His Majesty’s service, who was also my friend, had requested that I write a song of felicitation towards the Emperor.  The request simply amazed me.  It caused a great stir in my heart.  In response to that great mental turmoil, I pronounced the victory in Jana Gana Mana of that Bhagya Vidhata of India who has from age after age held steadfast the reins of India’s chariot through rise and fall, through the straight path and the curved.  That Lord of Destiny, that Reader of the Collective Mind of India, that Perennial Guide, could never be George V, George VI, or any other George.  Even my official friend understood this about the song.  After all, even if his admiration for the crown was excessive, he was not lacking in simple common sense.

The perceived humiliation comes from identifying the term ‘Bharoto bhaggo bidhata’ – ‘Dispenser of the destiny of India’ with King George V.

Turning to the song, which comprises five stanzas, it is not hard to find the identity of this “dispenser of India’s destiny”. The third stanza talks of Him as the “Eternal Charioteer” (chirosharothi) and goes on to say that in the midst of revolution or chaos this ‘Eternal Charioteer’s “conch shell sounds” (shongkhodhoni). If the identity of this eternal charioteer with the conch shell is still ambiguous, then the poet himself makes it abundantly clear. On 10 November 1937, Tagore wrote:

In the song Jana Gana Mana I have praised the God Bharat Bhagya Vidhata who is the constant charioteer of travelers through the ages, he who guides through all the difficult circumstances, he who is born in many ages.

So here we have the identity of ‘Bharoto bhaggo bidhata’: Eternal charioteer, the one who blows his conch shell, He who guides us through different circumstances and who is born in many ages.

What is even more interesting is the fact that the poet gives a feminine description of this “dispenser of the destiny of India”: “You protected us on Your lap, Oh Affectionate Mother” (Snehomoyi tumi mata). This shows the deep resonance Tagore’s lines have with the very subtle identity creations in Indian divine forms.

There has always been an identity of Hari with Kali. For example in the Hari-Hara or Sankara Narayana form, Vishnu is shown as the left half of Siva which is exactly the half part that Goddess occupies when Siva is presented as Ardhanareeswara. Recently Rajarshi Nandy, a student of Indic religious traditions, shared on Facebook a status about a “terrific combination… found only in some pockets of Bengal and nowhere else — Krshna and Kali together. Half of the vigraha is Krshna, and half Kali, carrying both a Khadaga and a flute!” Perhaps the poet was consciously or unconsciously referring to this particular aspect of his tradition when he was reverting to the feminine form for “Bharoto bhaggo bidhata”.

This has deeper resonance with a cultural, historical and spiritual process that has been shaping the modern state of India from the deeper bowls of the ancient nation.

In the course of Indian freedom struggle, one can see a definitive phase in which the Bengal- and Maharashtra-based nationalist movements gave way to the ascent of Gandhian movement. There is a perception that this can be seen as the reflection of an age-old tension between Bhakti-based Vaishnavism and Shaktic Tantrism.

It perhaps goes back to the time of Guru Tegh Bahadur himself when he campaigned against the Tantric traditions in Assam and related regions. However, the Indic process of samanvaya (coordination) brought together again the Shaktic and the core Vaishanvism of the Sikh Panth when Khalsa had to enter the task of nation building. This samanvaya manifested itself in the composition of ‘Chandi di Var’ (a martial ballad of the Goddess battling the demons based on Markandeya Purana) by Guru Gobind Singh.

Tagore was highly inspired by Guru Gobind Singh that he had written three poems on the great Guru: “Guru Gobind”, “Nishphal Upahar” (inconsequential gift) and “Shesh Shikkha” (last lesson). He considered the Guru one of the builders of the modern state of this ancient nation. Though in his latter days Tagore steered away from what he perceived as militarism of the Khalsa founded by Guru Gobind Singh, the 10th Guru should have influenced Tagore for the organic unity he forged between Vaishnavism and Shaktism in Khalsa.

Perhaps all this churning had gone unconsciously into the making of the morning song of India. Between Vande Mataram that is purely Shaktic and Vaishnava Jana To of Gandhi that is completely Vaishnavaite, Jana Gana Mana represents a Samanvaya point. Hence, it does deserve to be the National Anthem of India, addressing as it is the spiritual heart of India of the ages, as Vande Mataram deserves to be our National Song,  sanctified by the life blood of our martyrs.

Unfortunately both the hymns to the highest ideals of Indian civilization were amputated by the Nehruvian project and that is the real tragedy of India. Will those ill-informed pamphleteers understand that Indic history is far more magnificent and subtle than any little aversion-filled ideologies – be it Left or Right?