Yoganiyoga: Yoga Gets Its Own Anthem 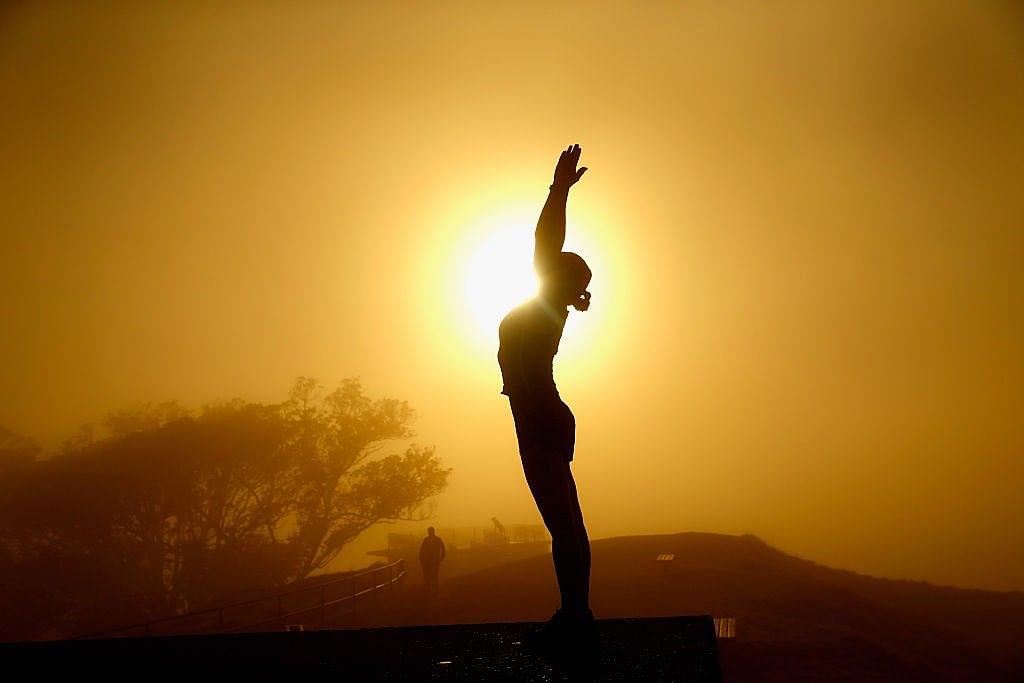 The Centre for Soft Power (CSP), a collaboration between India Foundation and Indic Academy, is all set to launch Yoganiyoga, a unique project that pays tribute to Yoga through music, nadam and Sanskrit verses. Over 20 artistes, musicians and dancers have come together to create an audio-video tribute to Yoga Shastra.

The song will be released in multiple venues all over India and abroad on 21 June, International Yoga Day. Dr Nagendra, founder director, Swami Vivekananda Yoga Anusandhana (S-Vyasa) will release it in the British Parliament on the same day.

The lyrics for the song, which potentially can be a musical anthem for Yoga have been composed by Bengaluru-based Shatavadhani R Ganesh, a practitioner of the art of avadhana, a polyglot, an author in Sanskrit and Kannada and an extempore poet in multiple languages. He has performed more than 1,000 avadhanas, in Kannada, Sanskrit, Telugu and Prakrit.

The lyrics to the song mean:

Line 1: Knowledge of Yoga blesses the world with prosperity

Line 2: Yoga is the bestower of auspiciousness, born in the land of Bharata, pleasing all

Line 3: It is the knowledge contributed by Muni Patanjali from the well ascertained wisdom of the vedas and the shastras

Line 4: Known to remove impurities caused by the three instruments — the body, the mind and speech (this knowledge is blessed) by the limitless compassion of Hara, Hari and Gowri (by intense practice and teaching).

Speaking about the connect between Sanskrit and Yoga, Shatavadani Ganesh says, “Yogashastra has come to us through Sanskrit. There is no greater relationship than that. If you ask if there is a relationship between dance and a particular language, there may be a relationship deep down but on the surface there might not be anything. All our traditions are culturally interconnected. They come from the same ethos and they have the same spiritual basis. It is abstract and subtle.”

Violinist Dr Mysore Manjunath has discovered a new ragam and by consensus it was named Bharata after India’s first emperor. The ragam is a janya raga of Rishabhapriya, the 62nd melakarta ragam (parent scale) in the 72 melakarta system of Carnatic music. It has similarities with Raag Champakali in Hindustani music.

“The combination of Anthara Gandhara and Prathi Madhyamam of the raga works well as dominant notes. Kaishika Nishadham is the emotional centre for the ragam,” says Manjunath. The ragam is suitable for long improvisations as well as for tanam, the hallmarks of Indian music.

Praveen D Rao, tabla exponent, has put together the recordings of the musicians. His expertise in orchestral arrangements, is evident as the voice of Bombay Jayashri fades into the melodious bansuri of Ronu Majumdar, the sound of the veena by Jayanthi Kumaresh moves into the majesty of the Dhrupad by Gundecha Brothers Umakant and Ramakant and the breaks after 10 avartanams, temple bells and Om chants are some of the musical elements Praveen has used. “Praveen has a very good understanding of the different instruments. He also understands the mood in which the composition has been created and rendered,” says Manjunath.

There are several firsts in this project. An anthem has been created for India’s great Yoga Vidya by a contemporary poet, a new raga has been found and named to resonate with the spirit of the song and artistes of all hues — vocalists, instrumentalists and musicians of different genres, Carnatic, Hindustani, Jazz and even Country violinists — have come together to create a lovely tribute to an ancient vidya.

Vijayalakshmi Vijayakumar, director of the Centre for Soft Power, says Yoganiyoga is a tribute to Bharata whose rishi Patanjali put forth the wisdom of Yoga, and whose sutras are now seen all over the world as the most profound system of unifying the mind, body and soul.