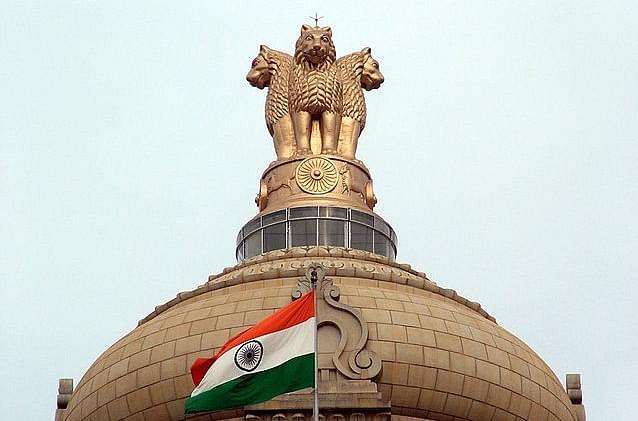 India Set To Become Fifth Largest Economy, Says Report: India is set to become the world’s fifth largest economy next year, overtaking the United Kingdom and France, a report said on Tuesday. India, which is currently ranked seventh, will move up to the fifth place in 2018 and vault to third spot by 2032, the Centre for Economics and Business Research (CERB), a London-based consultancy, said in its annual rankings. “Despite temporary setbacks... India’s economy has still caught up with that of France and the UK and in 2018 will have overtaken them both to become the world’s fifth largest economy in dollar terms,” said CEBR deputy chairman Douglas McWilliams. Cheap energy and a digital revolution will drive economic growth globally, the report said. The world’s growth will be dominated by Asian economies, including India, China and Japan. The United States, the world’s largest economy, will be overtaken by China in 2030, the report forecast, adding India would take that spot “at some time in the second half of this century”.

Nine States Get Rs 167 Crore For Strengthening Border Defences: The Home Ministry has released Rs 167 crore to nine states with an international border for the development of infrastructure in forward areas. The states which will benefit include Rajasthan and Punjab, both having an international border with Pakistan, and West Bengal and Assam, which share a boundary with Bangladesh. An amount of Rs 167 crore was released recently by the Home Ministry to Meghalaya, Punjab, Rajasthan, Bihar, Sikkim, Tripura, Assam, Himachal Pradesh and West Bengal under the Border Area Development Programme (BADP), an official said. The fully centrally funded BADP programme covers all villages which are located within 0-10 km of the International Border in 17 states. However, priority is given to those villages which are identified by border guarding forces for the speedy development of infrastructure. Earlier, the Home Ministry had released Rs 174 crore to six states having an international border under the same programme.

Pakistan Harassed Jadhav’s Family, Says India: Twenty-four hours after the meeting of former naval officer Kulbhushan Jadhav with his mother and wife in Islamabad, India sharply criticised Pakistan for stage-managing what it called an exercise that “lacked credibility” and held in an “atmosphere of coercion”. This was the first meeting between Jadhav and his family members, since he was arrested by Pakistan’s authorities in March 2016 — India maintains that he was kidnapped in Iran. “We note with regret that the Pakistani side conducted the meeting in a manner which violated the letter and spirit of our understandings,” said Ministry of External Affairs spokesperson Raveesh Kumar, after Jadhav’s family held a series of meetings with External Affairs Minister Sushma Swaraj and other government officials. Listing all the government’s reasons for its unhappiness with the conduct of the meeting, Kumar said the women had been intimidated, separated from Indian officials, harassed by the Pakistani media and even made to change attire, remove their necklace (mangal sutra), bangles and shoes “under the guise of security precautions”.

GST Collections Slip To 80,808 Crore In November: Goods and services tax (GST) collections slipped for second straight month to Rs 80,808 crore in November, down from over Rs 83,000 crore in the previous month. This is a 14 per cent drop from the collections in August, the first month of tax collection and return filing under the new indirect tax system that kicked in on 1 July. Compared with the receipts in November, December’s collection was marginally lower by 3 per cent. Lower-than-expected GST receipts, along with the extra spending that Parliament approved earlier this month involving a net cash outgo of Rs 33,380 crore, are set to put pressure on the government in its efforts to limit this year’s fiscal deficit to 3.2 per cent of gross domestic product, a target set in February.

$318 Million World Bank Loan For Tamil Nadu Irrigation Projects: The World Bank will lend $318 million for modernisation of irrigation projects in Tamil Nadu and help small and marginal farmers improve water management and adopt climate resilient techniques. The project will also help increase market opportunities for small and marginal farmers. A tripartite agreement has been signed today between the central government, the World Bank and the Tamil Nadu government, an official statement said. “About 500,000 farmers, of which a majority are small and marginal, are expected to benefit from improved and modernised tank irrigation systems,” it said. Under the Tamil Nadu Irrigated Agriculture Modernisation Project, about 4,800 irrigation tanks and 477 check dams across 66 sub-basins will be rehabilitated and modernised to deliver bulk water to irrigation systems in the state.

Triple Talaq: Don’t Try To Blackmail Government, AIMPLB Told: The All-India Muslim Personal Law Board (AIMPLB), while opposing a proposed bill that criminalises the practice of triple talaq, should not try to blackmail the government by accusing it of interfering in religious matters, the All-India Muslim Women’s Personal Law Board (AIMWPLB) said on Tuesday. “Clerics have misguided the community for long by their wrong interpretation of the Quran. At a time when the social media and internet have bridged the divide among the people, it has also brought to light the real meaning of the verses of the Quran which term women equal to men,” the president of the women’s board, Shaista Amber, said. Amber added Muslim clerics were terming the Hindus, who were supporting the women’s cause, as communal but they should remember that injustice would not be tolerated for long. “Triple talaq is a draconian way to destroy the lives of women and it should be banned as it is un-Islamic. We support the government for bringing the bill as it protects the right of Muslim women, who are treated as slaves by men,” she said.

Triple Talaq Bill To Be Tabled In Lok Sabha Tomorrow: The Union government is set to introduce in the Lok Sabha on Thursday a bill seeking to criminalise triple talaq, providing a legal framework to prosecute Muslim men calling off marriages using a custom banned by the Supreme Court. The Muslim Women (Protection of Rights on Marriage) Bill is listed for introduction in the Lok Sabha by law minister Ravi Shankar Prasad on 28 December, according to the list of business in the Lower House. The bill, prepared by an inter-ministerial group headed by Home Minister Rajnath Singh, makes instant triple talaq or talaq-e-biddat in any form — spoken, in writing or by electronic means such as email, SMS and WhatsApp — illegal and void, and provides for a jail term of three years for the husband. In August, the top court struck down the custom as arbitrary and unconstitutional in a verdict that was hailed as a watershed moment for gender justice in India.

British MPs Back Memorial For Brave Sikh Soldiers: In a tribute to Sikh soldiers, who died or were injured during the two world wars while fighting for the British armed forces, more than 240 MPs have signed an early day motion in the House of Commons, expressing support for a memorial in their honour. Initiated by Labour Member of Parliament (MP) Tanmanjeet Singh Dhesi, the motion has been signed by 244 MPs from across the political spectrum – the largest for any such motion in the current parliament. It is also supported by the All Party Parliamentary Group for British Sikhs. The demand for the memorial was first made in a publication called the ‘Sikh Manifesto’ before the 2015 general election. It was furthered by Sadiq Khan during his election for London mayor and his recent visit to Amritsar. The early day motion says: “That this House appreciates the extraordinary bravery and sacrifices of Sikh soldiers in service of Britain, including during both world wars, and supports the erection of a permanent national monument in a prime central London location to commemorate and highlight these contributions.”

How To Re-Make In India: The need of the hour for making India an innovation destination is to use these cutting edge global technologies to solve very local Indian problems in a cost-effective and efficient manner.

In A Fractured Society, The Right To Play Can Act As The Social Glue: Realising the dream of the Right to Play will require a team effort by all members of society, not just the State. We all have to play our part.

India’s Foreign Policy Came Of Age In 2017: Under Modi’s leadership, India’s foreign policy establishment has made a break from the past of ‘non-alignment’ and ‘anti-imperialism’. The country has charted an independent and confident course that accorded primacy to its interests.