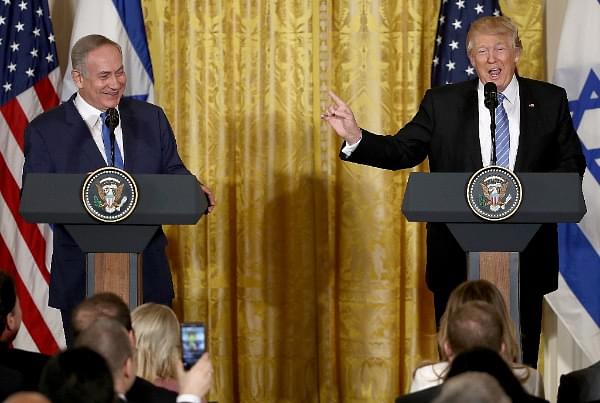 India Votes Against Trump’s Jerusalem Move: At the United Nations General Assembly, India joined 127 other countries to vote for a resolution that effectively rejected United States President Donald Trump's move to recognise Jerusalem as Israel's capital, declaring it "null and void". The resolution was passed 128 to 9 and 35 abstentions. The US was joined by Israel, Honduras, Guatemala, Togo, Marshall Islands, Nauru, Palau, Micronesia, and a notable abstention was the US's neighbour Canada. The resolution was in support of the long-standing international consensus that the status of Jerusalem – which is claimed by both Israel and the Palestinians as a capital – can only be settled as an agreed final issue in the Israeli-Palestinian peace process. This was the second time in a week that the US found itself isolated on this issue. On Tuesday, the United Nations Security Council voted on an Egypt-sponsored resolution 14-1, with the US using its veto power to block the vote.

India And Switzerland Seal Black Money Data Sharing Deal: India has signed an agreement with Switzerland that would allow automatic sharing of tax-related information from next year, the Central Board of Direct Taxes (CBDT) said. "With the completion of the parliamentary procedure in Switzerland and signing of mutual agreement, India and Switzerland are set for automatic exchange of information for the period beginning from 1 January, 2018," the CBDT said. While Switzerland has conformed to the global standards on automatic exchange of information with the signing of the declaration, India, on its part, has promised to safeguard the confidentiality of the data. "It will now be possible for India to receive from September, 2019 onwards, the financial information of accounts held by Indian residents in Switzerland for 2018 and subsequent years, on an automatic basis," the government earlier said.

UP To Withdraw 20,000 'Politically Motivated' Cases: Uttar Pradesh government has decided to withdraw around 20,000 ''politically motivated'' cases, providing big relief to hundreds of people, mainly political figures. Chief Minister Yogi Adityanath announced the move in the state assembly on Thursday while taking part in the debate on the controversial Uttar Pradesh Control of Organised Crime Bill (UPCOCA) and sought to allay Opposition fears that the law could be used against political rivals of the Bharatiya Janata Party. Adityanath said that the withdrawal of ''politically motivated'' cases would benefit all political figures irrespective of their political affiliations. He said that the state government would ensure that the proposed law was not ''misused'' and innocent people were not harassed. The proposed Act provides for seizure and attachment of properties earned through organised crimes and also denial of government security to the accused under the Act.

CBI-ED To Appeal Against 2G Scam Verdict: The Central Bureau of Investigation (CBI) on Thursday decided to appeal against the 2G scam verdict, saying the evidence it presented was not appreciated in a "proper perspective" by the court. The agency's assertion comes even as the prosecution was castigated by the special CBI court, which said the quality of prosecution "totally deteriorated and it became directionless and diffident". "The judgement relating to the 2G scam has been prima facie examined and it appears that the evidence adduced to substantiate the charges by the prosecution has not been appreciated in its proper perspective by the learned court," the CBI said. The Enforcement Directorate (ED) has also decided to appeal against the judgement of the special court. ED officials said the agency would study the order and take a decision soon.

FRDI Bill: Depositors' Money Will Be Protected, Says Jaitley: Seeking approval from the Parliament for additional funds, Finance Minister Arun Jaitley told Lok Sabha on Thursday that the government was committed to protecting the interest of every depositor in the country and there was no need to create a “fear psychosis.” “When the Bill comes before the joint committee please discuss it,” said Jaitley, referring to the Financial Resolution and Deposit Insurance (FRDI) Bill that is currently being examined by a Parliamentary panel. The bill, introduced in the Lok Sabha in August this year, has a ‘bail-in’ clause that experts claim can take away the rights of a depositor, in case a bank fails. “What do we do with that clause? The committee has wise people which will make some recommendations. We are very clear that the level of protection would be much higher,” he said. The FRDI Bill proposes to deal a Financial Resolution Corporation to deal with insolvent financial institutions such as banks, insurance companies, non-banking financial services companies.

India Needs To Strengthen RBI’s Independence: IMF Report: The International Monetary Fund (IMF) on Thursday recommended India strengthen the independence of the Reserve Bank of India (RBI) and bolster resources for its financial system regulators amid a bad debt pile-up at public banks. Indian banks have some of the highest levels of debt of any emerging market, with the bulk of bad loans saddled in public-sector lending institutions. This debt burden means that banks have been stretched too thin to lend for fresh investments, holding back growth in Asia’s third-largest economy. The IMF – in its annual assessment of the stability of India’s financial system – said these conditions are testing the resilience of banks. Larger lenders appear sturdy but “the system is subject to considerable vulnerabilities”, the IMF said in its report. In particular, a “group of public sector banks are highly vulnerable to further declines in asset quality”, it added.

Nawaz Sharif Names Brother Shehbaz As Prime Ministerial Candidate For 2018 Elections: Former prime minister of Pakistan and chief of Pakistan Muslim League-Nawaz chief Nawaz Sharif on Wednesday nominated his brother, who is also Punjab Chief Minister, Shehbaz Sharif as the prime ministerial candidate for the next elections. The decision came after a meeting of PML-N leaders at Nawaz Sharif's residence. "Shehbaz has always worked to further the party policies for public welfare and this unflagging attitude earned him the opportunity to be trusted for a higher office," said Nawaz Sharif. "We are a democratic political party where everyone is free to voice their mind. Shehbaz has had a difference of opinion over some issues yet his commitment to the party overrules all else, which is why he has never violated the party discipline," he added. Ousted from office over corruption charges Nawaz Sharif said, "Shehbaz Sharif has never disappointed me." The announcement marks a truce between the two brothers, whose relationship had come under strain in recent times.

India’s Time To Capitalise On Oil And Gas Sector: Indian stakeholders need to adopt an aggressive but cautious approach to fully harness the opportunity created as a result of changing dynamics in the global oil and gas sector.

Case Without Closure: 2G acquittals throw up more questions than answers. The irregularities are glaring.

India’s Self-Defeating Stand On E-Commerce: India has taken an unfavourable stance on liberalizing e-commerce at the WTO, which may not help in making its SMEs competitive. India has cited unfair market access to foreign companies as the logic for such a stance.

Crony Capitalism Has Won: Perversity In The ‘Not Guilty’ Verdict Of The 2G Scam: The judiciary and the CBI have thus flunked the biggest test on stamping out crony capitalism/socialism. If there had been a conviction, or convictions, this would have been the biggest blow to crony capitalism. Now, they are having the last laugh.