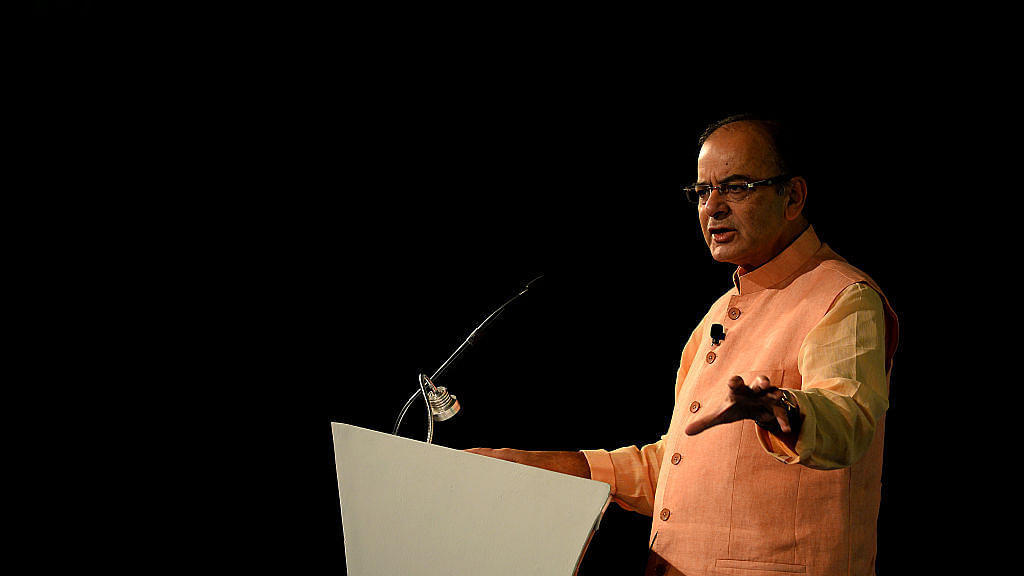 Banking Regulation Bill Passed: The Banking Regulation (Amendment) Bill 2017 was passed in the Lok Sabha on Thursday. It was promulgated as an ordinance in May as the immediate action was required to combat the unacceptably high levels of stress in the banking system. Finance Minister Arun Jaitley had introduced the bill in the Lower House on Monday. This amendment will replace The Banking Regulation Act 1949, giving the government power to authorise the Reserve Bank of India to issue directions to banks in order to initiate insolvency resolution in case of a default. The bill empowers the RBI to issue directives for resolution and appoint authorities or committees to advise the banking companies on stressed asset resolution.

Government Planning ‘Highway Nests’: Bids will be invited to build amenities such as parking, refreshment counters, restrooms, lodging and ATMs at every 50 kilometre distance along national highways. The process to invite bids to develop 183 such spaces along highways will start today (Friday) and conclude by October. Around 1,000 ‘Highway Villages’ and smaller ‘Highway Nests’ have been earmarked across the country, to be set up by National Highways Authority of India (NHAI) as well as private players. “Recognising the lack of wayside amenities along highways, as we see in Europe and the US, we have decided to provide wayside amenities every 50 km along national highways. They will be developed with private participation,” Road Transport, Highways and Shipping Minister Nitin Gadkari said.

BJP Single Largest Party In Rajya Sabha Now: The Bharatiya Janata Party (BJP) has 58 members in the Rajya Sabha now, which makes it the largest political party in the upper house of the Parliament. Opposition Congress has 57 members. This comes after BJP MP Sampatiya Uikey, who was elected to the Upper House following a bypoll in Madhya Pradesh took oath on Thursday. This is the first time that the saffron party has become the number one formation in the Rajya Sabha after the Narendra Modi government came to power in May 2014. The BJP-led National Democratic Alliance, however, is still short of a decisive majority in the house but the joining of Janata Dal (United) to the ruling block has further boosted its numbers.

Bill To Raise NABARD’s Capital To Rs 30,000 Crore Passed: In what is being seen as a ‘major step’ towards doubling farmers’ income by 2022, the Lok Sabha on Thursday passed a bill that enables the exit of Reserve Bank of India (RBI) from NABARD and increases authorised capital of the development institution six times to Rs 30,000 crore. The National Bank for Agriculture and Rural Development (Amendment) Bill 2017 also seeks to amend certain clauses in the light of reference of the micro, small and medium Enterprises Development Act 2006 in the proposed legislation. At present the authorised capital of NABARD is Rs 5,000 crore and there is a proposal to increase it to Rs 30,000 crore, said Minister of State for Finance Santosh Kumar Gangwar . “If there is a need to increase this authorised capital above Rs 30,000 crore, then after discussions with RBI it can be increased,” he added.

India Should Co-Produce Stealth Fighter With Russia, Says Top Panel: India should co-develop and co-produce the stealth fighter with Russia, a high-powered committee appointed by the Defence Ministry to examine different aspects of the multi-billion dollar fifth generation fighter aircraft (FGFA) project has said. According to Indian Air Force (IAF) sources, the panel, headed by Air Marshal Simhakutty Varthaman (retd), has strongly recommended India should go ahead with it. It has also pointed out that India would significantly gain from partnering with Russia through the transfer of cutting-edge technology. India has a requirement for 120-130 swing-role planes with stealth features for increased survivability, advanced avionics, smart weapons, top-end mission computers and 360-degree situational awareness.

Army Major And Soldier Killed In Kashmir Ambush: In another day of violence, an Army Major and a soldier were killed in an ambush in Shopian while two terrorists were gunned down by security forces in Kulgam district of south Kashmir on Thursday. During a search operation, terrorists fired at the security forces and Major Kamlesh Pandey, along with two soldiers Sepoy Tanjin Chhutin and Kripal Singh, were wounded. Major Kamlesh and Sepoy Tanjin later succumbed to their injuries at a military hospital. The condition of Kripal was said to be critical. Hizbul Mujahideen claimed responsibility for the terror attack. Meanwhile, at Gopalpora village in Kulgam district, two terrorists were killed in a brief gun-battle with security forces.

New ISRO Deal To Make Desi GPS Dream A Reality: With the signing of a memorandum of understanding between Indian Space Research Organisation (ISRO) and CSIR-National Physical Laboratory (NPL) today (Friday), India will be inching closer towards the realisation of the dream of its own GPS system. The move will help the desi GPS get formally synchronised with the Indian Standard Time which is being maintained by the Delhi-based NPL. The step will help in making the desi GPS fully operational in the market for commercial purposes as time synchronisation is essential for all kinds of services – be it financial transactions, stock handling, digital archiving, time stamping, national security or prevention of cyber crimes. The indigenously developed system is likely to eliminate the dependence on America-backed GPS system used by many commercial taxi aggregators.

Lok Sabha Elections 2019: Poll Panel To Deploy 16 Lakh EVMs With Paper Trails: Countering allegations that Electronic Voting Machines (EVMs) can be tampered, the Election Commission of India has informed the Supreme Court that it will deploy more than 16 lakh EVMs with a paper trail to cover polling stations in the 2019 Lok Sabha polls. The poll panel submitted an affidavit before the top court giving an assurance that machines will be equipped with the technology to make the election process more transparent for the next general elections. Refuting the charges of tampering, the affidavit said technological features with administrative safeguards defined by the commission make EVMs foolproof not only during elections but also during manufacturing, storage and transportation.

Pakistan Building Six Dams In PoK With Chinese Assistance: Pakistan is building six dams on the Indus river in Pakistan-occupied-Kashmir with the help of China and India is not quite happy with it. New Delhi has made demarches to both Islamabad and Beijing conveying it is in violation of its sovereignty and territorial integrity, Minister of State for External Affairs V K Singh informed the Rajya Sabha. “India has a clear and consistent position that these territories are illegally occupied by Pakistan and that any collaborative activity there is in violation of India’s sovereignty and territorial integrity,” he said. “Accordingly, we have made demarches to both Pakistan and China conveying the position. The government will continue to maintain this position,” Singh added.

Digitisation, Analytics Go Hand In Hand: Analytics and Artificial Intelligence (AI) are being integrated with digital channels to provide instant recommendations on products that will best suit the customer. While banks are still trying to achieve this effectively, many organisations have already taken the lead.

When Smart Screens Take Over: India’s mobile data usage per subscriber has risen over 20-fold in the last five years on the back of the launch of 3G- 4G services. A staggering 92.4 per cent of Indian consumers keep their smartphones in direct reach all the time, and more than a quarter keep it on their body all the time, even at night.

Both In India And The US, The Real Work And Innovation Will Take Place In The Private Sector: Prime Minister Narendra Modi noted that the great promise of the US-India relationship lies in “youth, technology and innovation – and the natural partnership of Indians and Americans in advancing human progress”.

The Underpinnings Of RBI Monetary Policy: The RBI’s monetary policy has to go beyond inflation targeting and even past or current inflation rates. The debate cannot stop with the RBI repo rate and rate transmission issues. It has to go beyond, into whether credit is reaching the last mile.

This Is What The Chinese State And Social Media Are Saying About The Doklam Stand-Off: Here’s what the Chinese government is telling its people regarding Doklam.