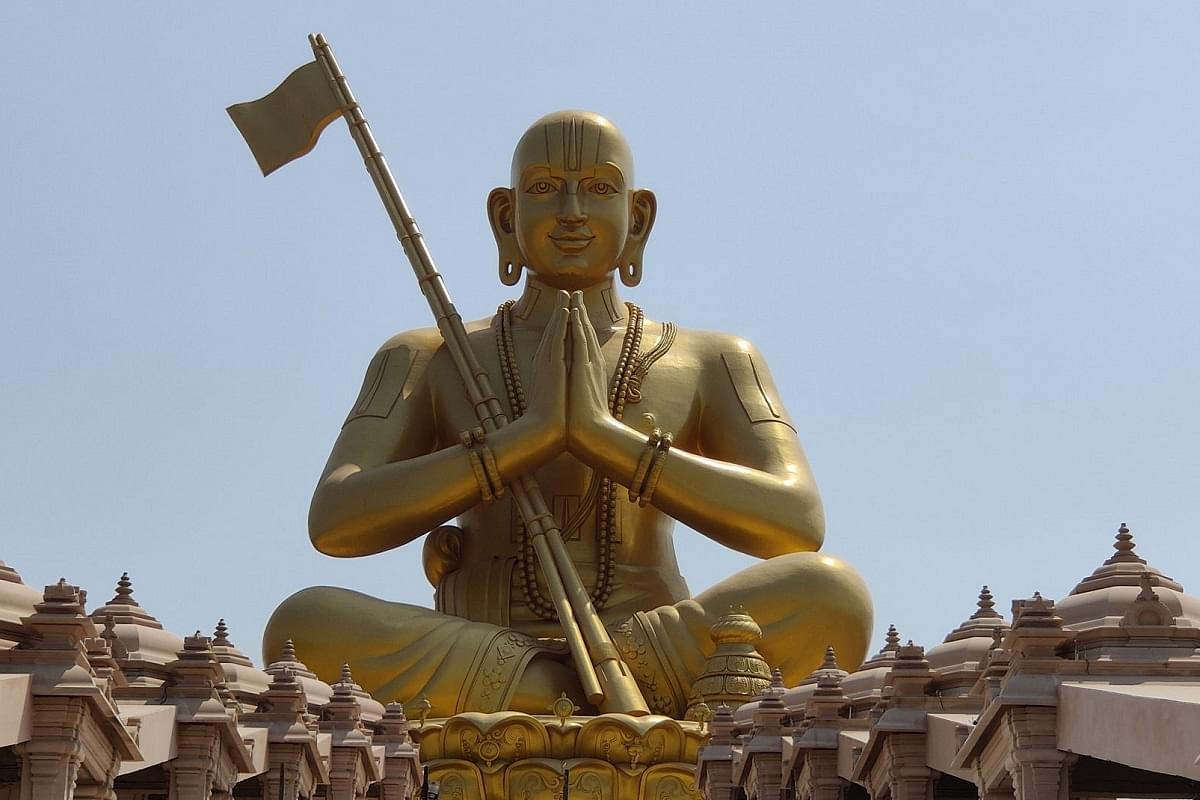 The statue of Sri Ramanujacharya, who promoted the idea of equality in all aspects of living including faith, caste and creed, is made of ‘panchaloha’, a combination of five metals: gold, silver, copper, brass, and zync and is among one of the tallest metallic statues in sitting position in the world.

The statue is mounted on a 54-feet high base building, named ‘Bhadra Vedi’, has floors devoted for a Vedic digital library and research centre, ancient Indian texts, a theatre, an educational gallery detailing many works of Sri Ramanujacharya. The statue has been conceptualised by Sri Chinna Jeeyar Swami of Sri Ramanujacharya Ashram.

During the programme, 3D presentation mapping on the life journey and teaching of Sri Ramanujacharya will also be showcased.

Sri Ramanujacharya worked tirelessly for the upliftment of people with the spirit of every human being equal regardless of nationality, gender, race, caste or creed. The inauguration of the Statue of Equality is a part of the 12-day Sri Ramanuja Sahasrabdi Samaroham, the ongoing 1000th birth anniversary celebrations of Sri Ramanujacharya, according to the release.

Earlier during the visit, PM Modi will aslo kickstart the 50th anniversary celebrations of the International Crops Research Institute for the Semi-Arid Tropics (ICRISAT) campus in Patancheru, Hyderabad.

He will also inaugurate ICRISAT’s Climate Change Research Facility on Plant Protection and ICRISAT’s Rapid Generation Advancement Facility. These two facilities are dedicated to the smallholder farmers of Asia and sub-Saharan Africa.

Prime Minister will also unveil a specially designed logo of ICRISAT and launch a commemorative stamp issued on the occasion.

ICRISAT is an international organisation that conducts agricultural research for development in Asia & sub-Saharan Africa. It helps farmers by providing improved crop varieties and hybrids and also helps smallholder farmers in the drylands fight climate change.