Agnipath Scheme Is A Balancing Act Between The Interests Of Past, Present And Future 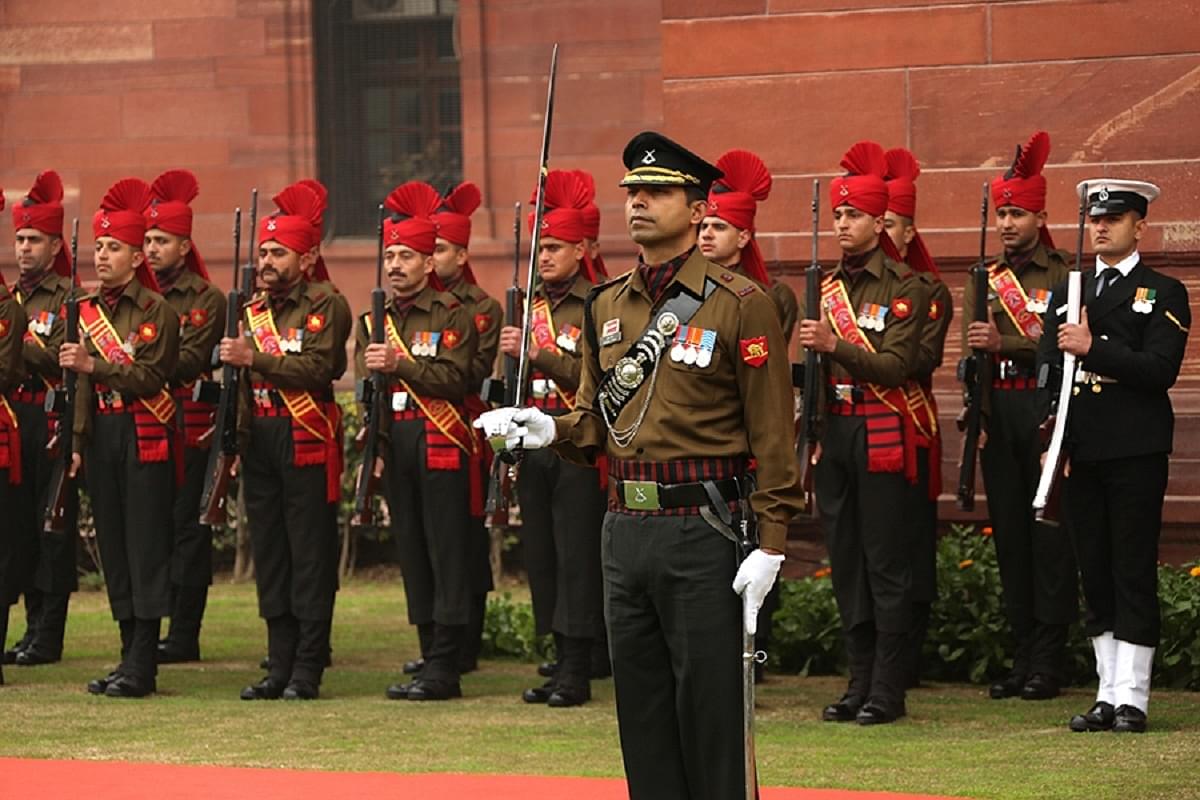 Under the Agnipath scheme announced on Tuesday for restructuring the recruitment of soldiers/sailors/airmen, about 50,000 youths in the age group of 17.5 to 21 years can annually expect to be recruited as Agniveers, initially for a four-year tenure with six months’ training.

Of these, 25 per cent Agniveers will be retained for longer tenure of 15 years as part of regular service and remaining 75 per cent would be discharged.

Those serving only four years' initial tenure called 'Tour of Duty' will not be entitled to pension benefits. However, the government has assured that they will be re-employed in other government jobs, especially preferential absorption in central paramilitary forces.

The scheme will help cut the salary and pension bill of the armed forces and will therefore actually help speed up recruitments that are otherwise getting delayed for want of funds.

From the job aspirants' viewpoint, the move obviously is disappointing. Instead of being assured of a pensionable service from the first day of joining Indian Army, Indian Navy and Indian Air Force, these aspirants have to compete with fellow entrants for first four years in the hope of being part of the 25 per cent lot that gets to serve longer. The elimination of 75 per cent after four years’ training and active service is a tough competition for those seeking long-term jobs with the defence services.

However, the alternative to Agnipath scheme is status quo ante which means slower recruitment.

The armed forces of a country typically comprise of three segments; those in active military service, those forming part of military reserve and those serving the paramilitary forces.

According to data accessed from the World Population Review, China's active military strength (21.85 lakh) is the largest followed by India (14.56 lakhs). However, including reserve forces and paramilitary forces, India has the largest armed force level (51.38 lakh) followed by China (40.15 lakh).

So India has one of the largest volunteer army while many countries have to depend on system of conscription — legally mandated obligation of all youth to serve the military for minimum number of years.

That there are unemployed, under-employed and unemployable youth cannot be denied. What do we offer to them? How do we keep them engaged to contain frustration arising out of expectations in the face of overwhelming numbers?

On Tuesday, the Centre also announced plans to recruit 10 lakh persons over the next one-and-a-half years. Both the moves are aimed at increasing public employment.

Livelihoods will come from new investments, revival of businesses and labour reforms that pit organised workers interest against unorganised workers, from skill upgradation, efficiency, quality and productivity. Abusing the job creators and hoping that government will keep doling out freebies will not get jobs — white collar jobs, blue collar jobs and collarless jobs — is not going to help armchair critics or to those who look up to them.

The policy dilemma on state versus youth is not new. We would like to wean away youth from the path of self destruction, from drugs and delinquency and despair. How?

We have several schemes in place to engage the youth in constructive work till they get regular employment and even as a parallel voluntary effort, both for national development in civil arena and as feeder to armed forces.

We have developed several education-employment bridge systems —mechanisms and institutions — to channelise youth energy for voluntary action and shaping them before they take the plunge. We have internship, research associates and young professional type engagements in white collar jobs. We have apprenticeship act to prepare them for blue collar work in manufacturing premises. We have Sainik schools, NCC, NSS, BSG, SSC to those inclined for disciplined community service.

National Service Scheme (NSS) was launched in 1969. Dr S Radhakrishnan, our former president, had recommended — as head of UGC — the introduction of voluntary national service in academic institutions commission. In 1958, Jawaharlal Nehru wrote to the chief ministers floating the idea of social service as a prerequisite for graduation. The NSS programme aims to instill the idea of social welfare in students, and to provide service to society without bias. It is purely voluntary effort under Ministry of Youth Affairs.

Nehru Yuva Kendras were established in 1972 with the objective of providing rural youth avenues to take part in the process of nation building as well providing opportunities for the development of their personality and skills. In 1987-88, Nehru Yuva Kendra Sangathan (NYKS) was set up under the Ministry of Youth Affairs and Sports.

Scouting for native Indian students was started in 1913 by Justice Vivian Bose, Pandit Madan Mohan Malaviya, Pandit Hridayanath Kunzru, Girija Shankar Bajpai, Annie Besant and George Arundale. Bharat Scouts and Guides (BSG) was formed in 1950 by merger of the Boy Scouts Association and the Hindustan Scout Association. In 1951, the All India Girl Guides Association joined this new organisation. BSG has over 57 lakh members.

The National Cadet Corps, NCC under Ministry of Defence is world’s largest uniformed youth organisation. It was formed the NCC Act of 1948. Its history can be traced back to the ‘University Corps’ created under the Indian Defence Act 1917 to make up for the shortage in the army. NCC has over 13 lakhs members.

Some countries have mandatory military service (conscription) for youth. We don’t have such a system. Ours is a volunteer army. The scheme of Short Service Commission gives many an opportunity to serve for minimum 10 years with options to either leave or opt for permanent commission or to opt for an extension of four more years of service. The SSC officers neither get pension nor the medical support under the ex-servicemen contributory health scheme and almost all who opt for permanent commission get it.

In general, those with background of defence forces have brighter chances of acceptance and success when they join business or any civil arena. Some business houses have said they welcome ex-defence personnel.

Army job aspirants have understandably reacted with frustration. Public anger is palpable at denial of pension benefits when they point out that MPs and MLAs get lifetime pension with shorter service period. Some army officers have also opined that four years is too short a period for short-term contract in defence services and it will strain the training infrastructure and perhaps the morale and quality of fighting forces.

However, experts also agree that the defence forces need rationalisation and modernisation, correction in the teeth and tail ratio. Reforms are not popular precisely because status quo is disturbed and change is resisted.

It is reported that roughly 80 per cent of service personnel in the US retire without a pension. Also, China did much more over the last eight years, pruning its land-based army by 50 per cent while boosting its navy and air force. PLA retrenched 3 lakh troops. By these metrics, India’s recruitment reform is not radical. India will need more resources than what it saves from rationalised recruitment.

In 2022-23, the total budget of Ministry of Defence is Rs 525,166 crore including about Rs 120,000 crore on defence pensions. The ministry’s budget is about 1/8th of total central government budget.

Agnipath scheme is a balancing act between the interests of past, present and future defence personnel. If salaries and pension burden for past and present personnel becomes burdensome to exchequer, it will reflect in either slower recruitment or thinned down entitlements for future personnel.

Anybody who is pushing the youth to the alleys of darkness and despair through negative politics needs lot of prayers to regain sanity. Let us be constructive/helpful and stop spreading negativity, especially when dealing with the youth.

Choice is stark: recruitment with lower benefits or no/low recruitment. Details can be quibbled but not the need of such reforms.