Amarnath Pilgrims Attacked: The Yatra Must, And Must, Go On 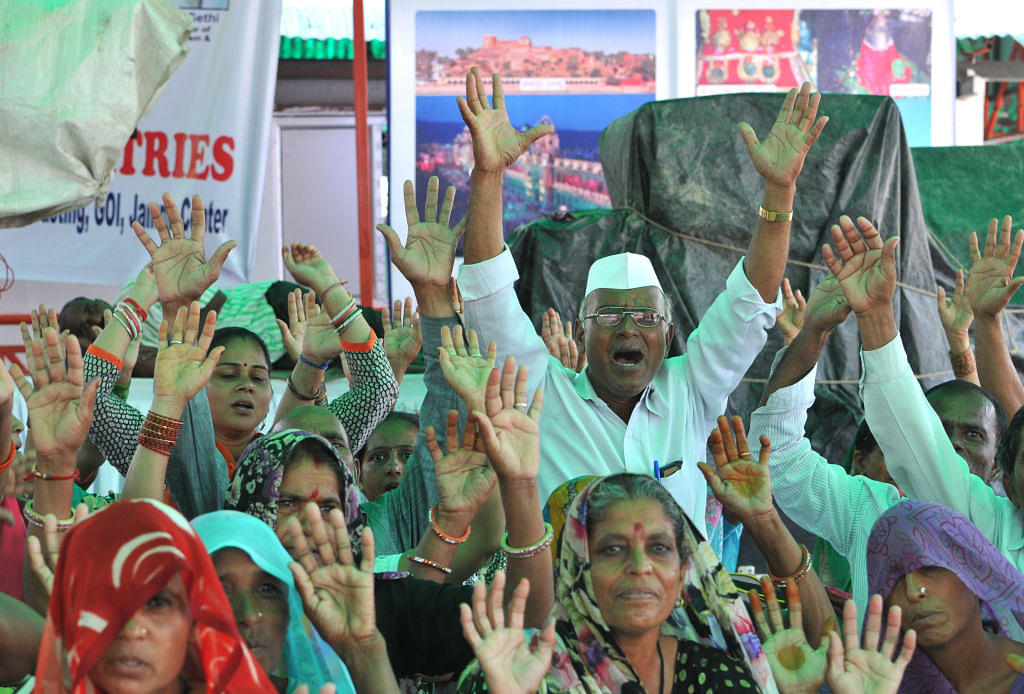 I write from the salubrious climes of Mhow, near Indore, on the Malwa plateau. I am here ironically to lead a seminar on Hybrid Warfare, one of my favourite subjects and an area yet not sufficiently studied by the Army. Switching on television only at 10pm on 10 July after I found missed calls galore from television channels, I knew there was something major which had occurred. The back of my mind had a niggling premonition too; one lives with these negative premonitions if you have been deployed in such conflict zones for long.

Regretfully the premonition was true; it was the Yatra which was under attack. I responded to requests of the channels because I felt I had the necessary experience to send the right messages, having seen eight Yatras and organised four of them. Condemnation in outright terms was the start point. It had to be. In the world of connectivity that we live in, the voice of condemnation must come from those who will make a perceptional difference. The next message in a three-minute mobile phone interaction with a channel which was necessary was the importance of not allowing the adversaries any element of success. That meant stating unequivocally that the Yatra must not stop; it needed to continue without a break, right from the next morning.

The Yatra is not just a pilgrimage – it's a national event. Even if people may not have visited the holy cave the emotional connect to Lord Shiva and the holy cave is very high. The last message needed was to convey that expectation of hundred percent security may not be realistic. Somewhere, someone will make a mistake in the thousands of security men deployed for protecting the Yatra. That mistake will always be costly. It does not mean we do not aspire for hundred percent security and pin point responsibility for a costly lapse.

My aim of writing about the Shri Amarnath Yatra just two weeks ago was to inform readers on the charms of the iconic annual event and to project how much planning, organisation and commitment goes into it. The Shri Amarnath Shrine Board (SASB) works relentlessly and the security agencies are dovetailed into the preparation very early. Apart from wishing to give an administratively flawless Yatra to pilgrims, it is the issue of safety and security which is most essential.

Our adversary's intent is very clear; target India's apparent flaw lines, create schisms in society and prevent the achievement of a well knitted and integrated society. He will stop at nothing in the process to divide our society. An event as big as the Amarnath Yatra and as emotive, if targeted, has the potential of spinning off into an adverse situation elsewhere in mainland India.

The reason why I was even more concerned this year was that the last actual targeting of the Yatra took place in 2000. Although there is no complacency in security, the absence of violence can always lead to such a tendency. Besides that, to enhance security, police forces and army units are brought as reinforcements from outside the Valley. They may not always be fully aware of the nature of violence which occurs. This year the nature has taken a turn for the worst. The choice of targets appears to have little remorse. Terrorists who target unarmed local army officers and policemen have little qualms about who they choose next. Innocent yatris, women and children if targeted, will have a further negative effect on the state of inter-faith harmony in the rest of India. That is the centre of gravity being targeted, being fully aware that social media networks, net connectivity, local and mainstream media can all be infused with hate messages to incite people.

Before I come to the incident per se, I would like to express a note of appreciation for the political responses that came in the wake of the event. There appeared to be little attempt towards vitiating the environment. While a hundred percent consensus should not and cannot be expected, the absence of rhetoric was appreciable. It may have changed subsequently and no doubt will change further as we go on to debate on electronic media. If there can be a consensus which can fight the intended impact of such a negative event, it would actually spell the maturing of the state of polity in India.

With all the force available, guaranteeing any form of 24x7 security is almost impossible.Even if the bus full of yatris was not registered (and there will be scores of such buses) it contained our countrymen. Even if they chose to flout rules there was no way their lives could be allowed to be endangered by letting them through check posts which could permit the bus to drive on the National Highway through a terrorist threatened area and that too unescorted. So classically, there may have been no security lapse in a transactional way. However, anyone who has served sufficiently long in the Valley should know that the only thing which works here is a transformational approach, going well beyond the call of duty.

Surprisingly, known terror groups such as Lashkar-e-Taiba (LeT) are declining to take ownership of the event. It should be remembered that not far from Khanabal, Anantnag is the minority village of Chittisinghpura where the LeT struck on 19 Mar 2000, killing 36 innocent Sikhs. There was an attempt at disinformation by passing the mantel of responsibility to the security forces with a focus on the Army. It did create doubt in some minds, although the same did not persist. By not taking ownership, terror groups may once again attempt to pass the blame on to government agencies. The need for a strong information-operations-based-campaign is therefore necessary to prevent an already alienated population being further misled.

How can such an attack be avoided in the remaining period of the Yatra?

The national highway is extremely vulnerable in places such as Khanabal, Bijbehara, Awantipura and Pampore. Rebooting of security will have to be done and the ownership of safety must go down to detachment commanders and individual security men. Full adherence to standard operating procedures, smaller convoys with well armed escorts, more dense road protection deployment and constant mobile patrolling of the flanks at the built up areas are some of the ways of doing this.

Simultaneously it is the responsibility of local media to rise to the occasion and convey the people's disapproval of such a heinous act. It's up to the local political players to continuously remind people of Kashmir's proud ownership of the Yatra and the traditional Kashmiri culture of welcoming the yatris, helping them to achieve a once-in-a-lifetime spiritual pilgrimage. The immediate impact will be on Kashmir's already dwindling tourism. This too needs to be brought to the notice of the people who should collectively and consciously guarantee the security of pilgrims through social pressure on anyone who supports such inhuman activity.

Lastly, the impact in other parts of India has been muted. Even social media is not alive with negativity because the white net in the Valley is not functioning. The political community has shown restraint but it should now be ensured that some radical leader does not necessarily upset the apple cart by indiscreet use of negative language.

With what is happening on the Sikkim border and in Kashmir there are adversaries who are waiting and watching. They understand the hybrid nature of today's conflicts and how the impact of an event can be exploited for other purposes somewhere far away.

I came to Mhow to participate in a round table on hybrid warfare. It's with buzzing thoughts in the mind that one leaves the alma mater hoping none of what was discussed comes to pass in the dynamic security environment India is witnessing today.