Army-Air Force Practise Blowing Tanks Up With Their New Prachand Combat Helicopters, But Without Their Tank Busting Missiles 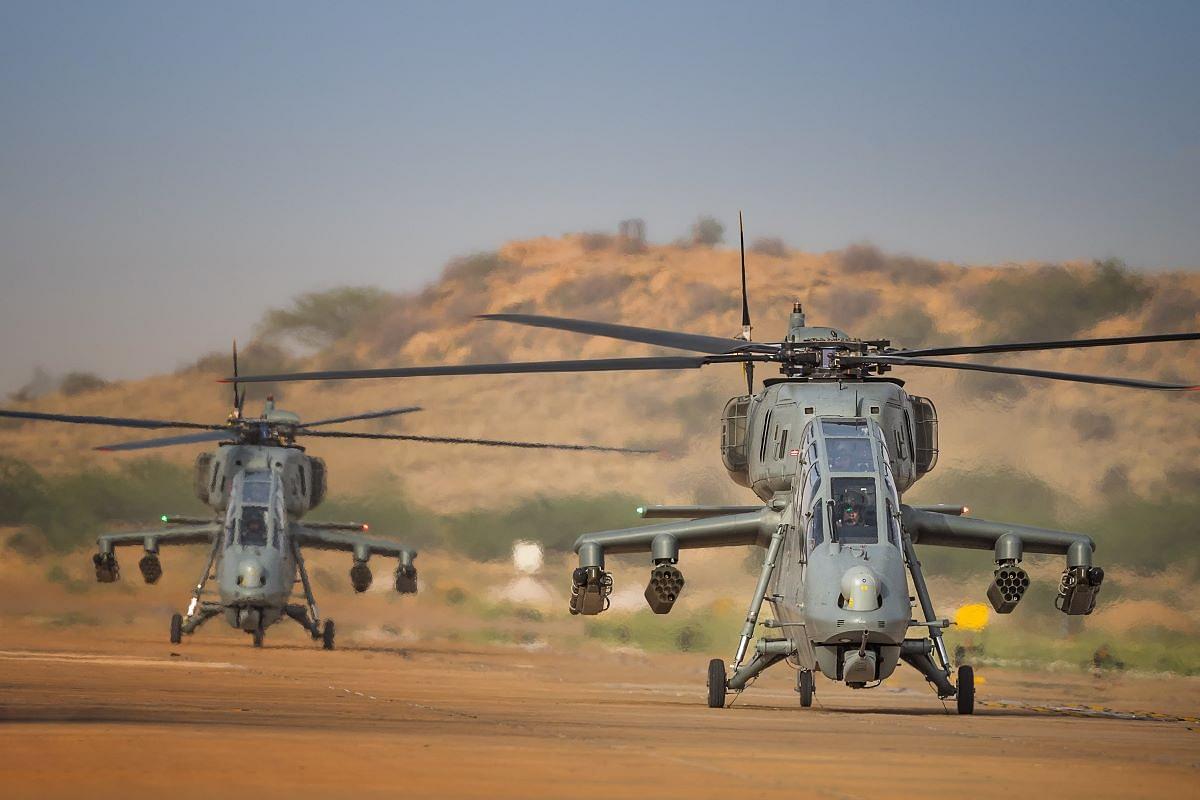 "We are carrying out integrated exercises with the Army and we are fully prepared and ready to give support to the Army in case of any future conflicts," Squadron Leader Raunak Dubey said.

He added, “We have flown this chopper quite a lot in our unit and we are highly impressed with its capabilities as it has been able to deliver on all its parameters. Its roles are to provide close air support to ground forces and take out enemy air defences”.

The LCH was inducted into the Air Force with much fanfare on 3 October 2022, in the presence of Defence Minister Rajnath Singh, Chief of Defence Staff (CDS) Anil Chauhan and the IAF Chief Air Chief Marshal V R Chaudhari.

Despite its impressive performance, the helicopter is flying without its main anti-tank missiles.

It is still flying with only a 20 mm Nextel gun and 70 mm rocket pods as offensive weapons, and MBDA’s Mistral air-to-air missile for self-defence.

Dhruvastra, an Air Force variant of the Helicopter-based Nag (HELINA) missile, is still undergoing trials and testing and is under the process of integration.

It was only early this month, on 10 January, that the Defence Acquisition Council (DAC) approved the Acceptance of Necessity (AoN) for the acquisition of HELINA missiles for Rudra attack helicopters.

The LCH has been specifically built to meet the requirements of the Indian military in high-altitude areas in Kashmir, Ladakh, and Arunachal.

It has demonstrated its capability of operating in high-altitude conditions during trials not only in Ladakh, but also on the Siachen Glacier, often referred to as the 'world's highest battlefield'.

Two LCHs were deployed in Ladakh in August 2020, amid the standoff with China, along the Line of Actual Control (LAC).

In fact, the Indian Army’s first LCH squadron is reported to be based at Missamari, Assam to cover the high-altitude areas of Arunachal Pradesh and Sikkim in the eastern sector, opposite the Chinese.

Equipped with Hindustan Aeronautics Limited (HAL)'s new-generation Shakti engine, co-developed with French engine maker Safran, the 5.8-tonne helo has been designed to operate at an altitude of up to 20,000 feet.

The Army is looking at acquiring 114 LCHs over the next few years. The IAF has projected a requirement of 65 of these helicopters.