China Continuing To Harden Its Position Along Borders With India: US Defence Secretary 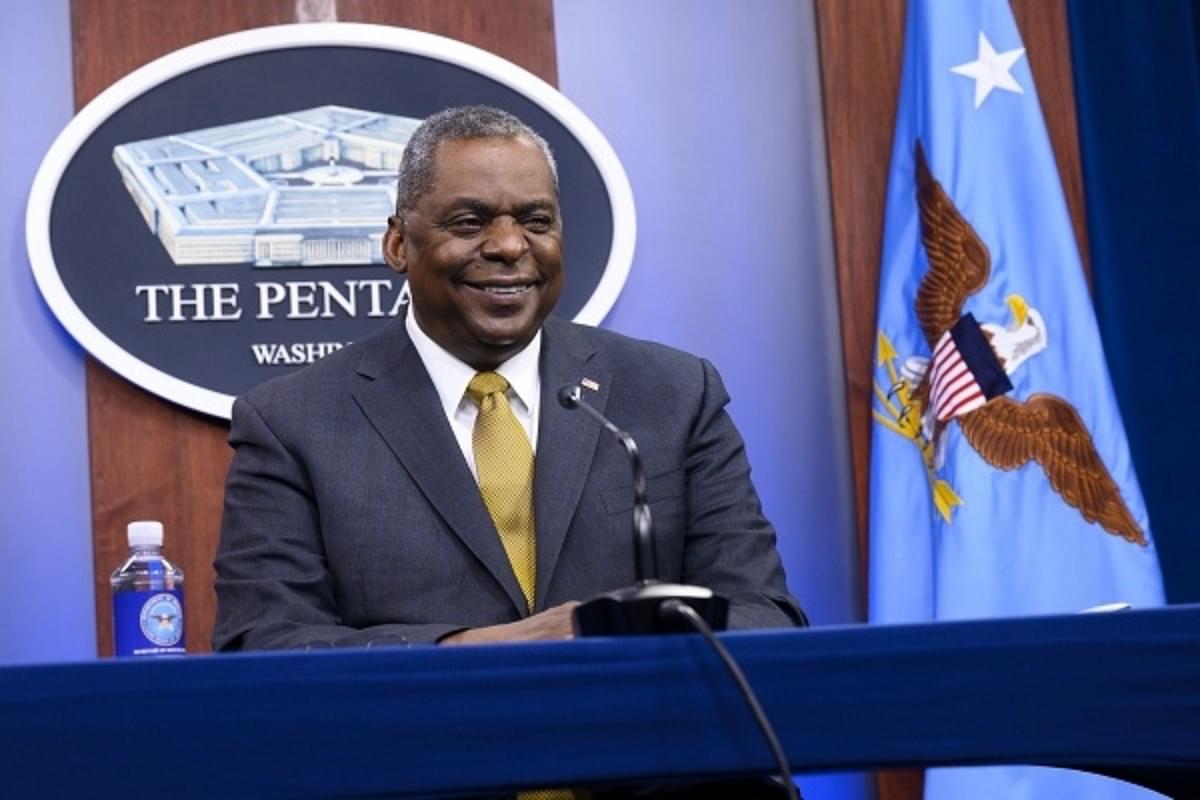 US Secretary of Defence Lloyd J Austin (Image via Twitter)

Singapore, Jun 11 (PTI) China is continuing to harden its position along the borders with India, US Defence Secretary Lloyd James Austin said on Saturday, stressing that America stands by its friends as they uphold their rights as Beijing adopts the 'war coercive' and 'aggressive approach' to its territorial claims.

Speaking at the Shangri-La Dialogue in Singapore, Austin noted that China is taking aggressive and illegal approaches to the territories it claims in the South China Sea and advancing its illegal maritime plans.

“Further to the West, we see Beijing continuing to harden the position along the borders it shares with India,” he said.

The Indian and Chinese troops have been locked in a tense border standoff in eastern Ladakh since May 5, 2020, when a violent clash between the two sides erupted in the Pangong lake area.

China has also been building bridges and constructing other infrastructure such as roads and residential units in the border areas with India.

China also has maritime border disputes with various countries in the Indo-Pacific region such as Vietnam and Japan.

“We remain unwavering in our mutual defence commitments,' Austin assured.

His comments came days after a top US General said some of the defence infrastructure that is being created by China near its border with India in Ladakh is 'alarming', calling the Chinese activity in that region as 'eye-opening'.

Flagging concerns over the Chinese infra build-up, the US Army's Pacific Commanding General Charles A Flynn, who was on a visit to India on Wednesday, also said the 'destabilising and corrosive' behaviour of the Chinese Communist Party in the Indo-Pacific region is simply not helpful.

Austin also told the defence delegates at the Singapore dialogue the importance of joint exercises conducted by the USS Theodore Roosevelt with the Indian Navy and the Indian Air Force in the Indian Ocean last spring.

Stressing that the US remains open and fully prepared to deter and defeat future aggression, he said, “We also stand by our friends as they uphold their rights that is especially important as the People's Republic of China adopts the war coercive and aggressive approach to its territorial claims.” He said the US believes that India's 'growing military capability and technological prowess can be a stabilising force in the region.”

India, the US and several other world powers have been talking about the need to ensure a free, open and thriving Indo-Pacific in the backdrop of China’s rising military manoeuvring in the resource-rich region.

China claims nearly all of the disputed South China Sea, though Taiwan, the Philippines, Brunei, Malaysia and Vietnam all claim parts of it.

Beijing has built artificial islands and military installations in the South China Sea. China also has territorial disputes with Japan in the East China Sea.

The South China Sea and the East China Sea are stated to be rich in minerals, oil and other natural resources. They are also vital to global trade.

On the Quad or Quadrilateral Security Dialogue comprising India, the US, Japan and Australia, he pointed out that last month’s summit in Tokyo had brought together the world’s largest producers of prosperity and security.

The Quad leaders are eager to work with ASEAN and the Pacific Islands to advance “our shared goals”, said Austin.

He underlined that Australia, India and Japan have been holding security dialogues about maritime security cooperation since 2015.

In the past few months, Japan and the Philippines launched a new 2+2 dialogue and so did Australia and India, noted the defence secretary.

“We are also working together to make the security architecture transparent and more inclusive,” he informed the delegates.