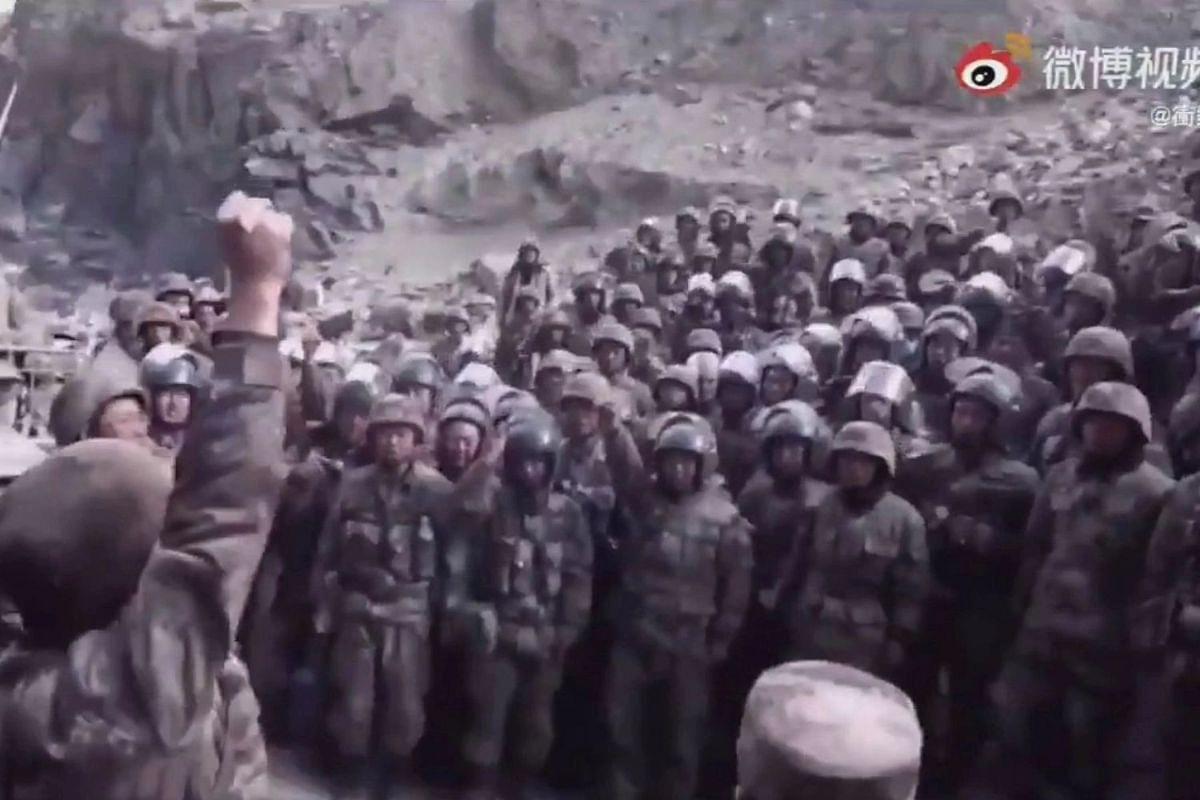 A screengrab from a new Chinese video of the Galwan Valley clash.

China’s losses in the high-altitude 2020 Galwan Valley border clash with India were much higher than reported with many soldiers drowning while crossing a fast-flowing, sub-zero river in darkness, an Australian newspaper reported on Wednesday (2 February).

Following the clashes in Eastern Ladakh's Galwan valley on 15-16 June 2020, India had announced that 20 Indian Army troops laid down their lives in one of the most serious military conflicts between India and China in decades.

China, however, maintained silence on the casualities suffered by the People's Liberation Army (PLA) in the clashes. The state-controlled Chinese media too did not disclose the number of Chinese troops killed in the clashes.

Later in February 2021, nearly eight months after the deadly clash, China announced postthumous medals had been awarded to four of its soldiers who died in the clash.

Now, Australian newspaper Klaxon cited findings by unnamed researchers and mainland Chinese bloggers as saying that the losses suffered by Chinese Army were much higher than the Beijing had disclosed.

Klaxon said that the researchers and bloggers cited in its report have declined to be named on security grounds, but their findings appear to 'shed significant light on the saga'.

"The evidence provided by a group of social media researchers, which The Klaxon has independently built on, appears to support claims that China’s casualties extended well beyond the four soldiers named by Beijing," the report said.

“What was told by (China) to the world were mostly fabricated stories," Klaxon cited "Galwan Undecoded", a report prepared by a group of social media researchers on the deadly clashes.

"The report cites a year-long investigation involving discussions with mainland Chinese bloggers, information obtained from mainland-based Chinese citizens and media reports that have since been deleted by Chinese authorities," it said.

Citing “several Weibo users” the report states, “at least 38 PLA troops'.... were washed away and drowned that night…”.