Doklam: Diplomacy Wins But New Approach May Be Needed 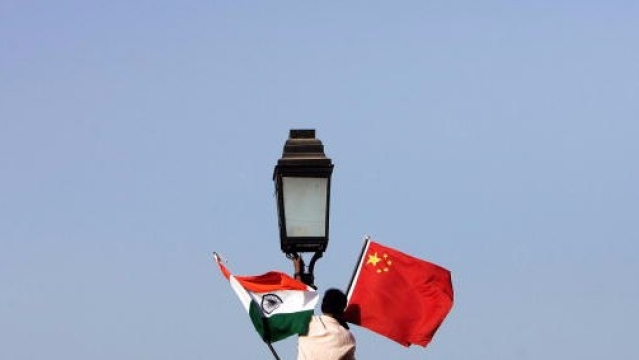 The Dolam (Doklam) standoff is over. A brief statement by the Ministry of External Affairs (MEA) issued just minutes ago said disengagement of troops is ongoing at the face-off sight.

Clearly, Indian and Chinese diplomats burning the midnight oil whole of last week to try and evolve a framework for resolution of the Dolam standoff, days ahead of the BRICS summit beginning coming Sunday, has paid off.

The details of the agreement will hopefully be available soon but clearly, the upcoming BRICS summit and China’s need to make it a success has played a big part in arriving at the solution.

Prime Minister Narendra Modi and Chinese President Xi Jinping will be meeting at the multi-lateral forum in Xiamen between 3 and 5 September.

Beijing had maintained India is at fault, having crossed over into what it calls Chinese territory, to stop the construction of a road that China sought to begin. India and Bhutan on their part have accused Beijing of trying to change the status quo, violating an understanding reached in 2012 that all disputes at tri-junctions would be solved with mutual consultations.

Beijing’s official approach to the issue — intemperate and sometimes bordering on hysteria — had been met with very measured and assured response from both New Delhi and Thimphu, who have chosen to use the quiet diplomatic route to find a way forward in this unprecedented impasse.

For the past three weeks, consultations at various levels had been on, Chinese and Indian diplomatic sources in Beijing and New Delhi had confirmed. They said the discussions had picked up pace last week.

The parleys were important, those who have dealt with India-China relations say, simply because top Chinese leaders don’t believe in a top down approach in trying to resolve complicated issues. They would rather have officials arrive at a point that is acceptable to both sides and then have a meeting with the leader of the other side. In keeping with that practice, officials of both sides were trying to arrive at a common ground.

However, China’s maximalist position on the issue—reflected in rhetorical belligerence in its media and by influential strategic analysts — had constricted any room for manoeuvre. Yet, the state of geo-politics and China’s compulsion to have President Xi’s favourite project, the One Belt, One Road (OBOR) initiative succeed in coming years, did provide a narrow window of opportunity towards a possible reconciliation. Diplomats were therefore hard at work on both sides. The outcome has avoided any possibility of an armed skirmish.

Over the past week that I spent in China, interacting with prominent think-tank officials and academics, one aspect stood out starkly. Unlike in the past, China under Xi is not afraid of showing its eyes to the world, neighbours big and small. The pronouncements and the claims by scholars and the general conversational tone are much more assertive than before. It is as if China knows its time has arrived.

As Rong Ying, vice president and senior research fellow at the Beijing-based China Institute of International Studies (CIIS) said during his presentation to a group of scholars from South and South East Asia: “Earlier China was reluctant to interfere in various disputes but it is now more proactive.” In his presentation on ‘Chinese Neighbourhood Policy: Theory and Practices,’ Ying asserted that China is a more confident power now and looks at its future inter-linked to outside world and particularly its neighbours. In the old days, relationship with great powers was important to Beijing but now the focus is on the neighbours.

He flagged four points as central to China’s new approach under Xi. They are:

-Play a constructive role in managing hotspot issues like the Korean nuclear issue, Afghanistan and others

-Promote the belt and road construction both in substance and depth.

On the Dolam issue however, the scholars stuck to the official line that it was India which was at fault. They said India was playing a dangerous game citing the 1890 convention between Sikkim and Tibet. However, they had no answer when asked why China felt the need to inform India on the road construction — that Indian troops halted — if Beijing was sure it was not a disputed territory.

The overall impression one had was that Dolam was just an excuse for China to try and show both India and Bhutan their place for ‘daring’ to rebuff OBOR — President Xi’s personal project.

In the latest update, China says its troops will continue to patrol Doklam area which is fine with India because in the first place, India’s objection was to the Chinese constructing a road in what India and Bhutan see as a disputed area. Neither in the past, nor now, has India objected to Chinese patrolling in the area. So, what the Chinese are not saying, but what is clear in reading the Indian and Chinese statements together is that India withdrew from the disputed area (which China says is its own) once the Chinese agreed to India’s only pre-condition: stopping road construction.

For the time being, both sides have avoided getting into a larger spat. It however does not mean there will be no repeat of such incidents in the future. In the long term India-China will have to perhaps re-tweak the existing mechanisms to suit the changing circumstances in their relationship.

The article was first published on Bharat Shakti and has been republished here with permission.