Explained: How Russian Invasion Of Ukraine And West's Sanctions Against It Will Impact India's Defence Imports 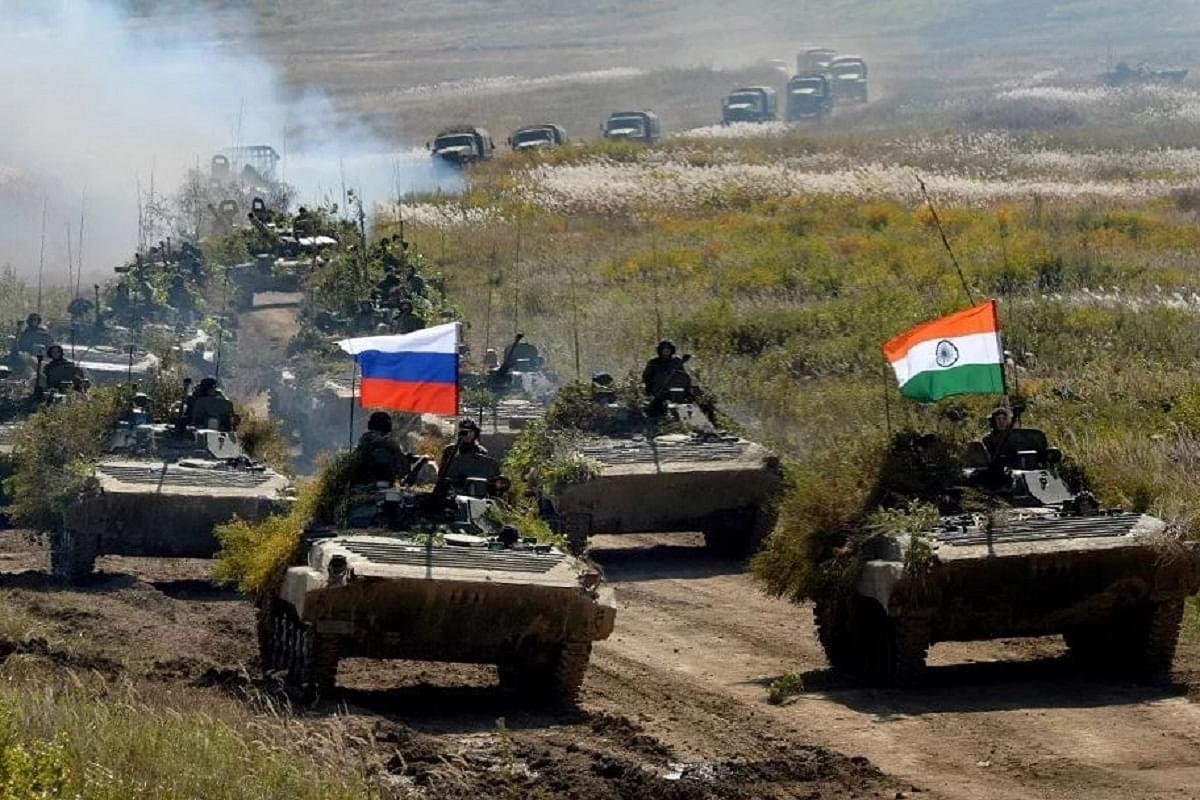 Sanctions to have an immediate impact on India's defence imports.

The United States and its North Atlantic Treaty Organization (NATO) partners in Europe have imposed tough economic sanctions against Russia in response to its invasion of Ukraine. These sanctions, including the barring of Russian banks from the global financial messaging system known as SWIFT, have already started showing an impact on its trade with the world.

As far as India is concerned, the fear is that these sanctions will have an immediate impact on the import of defence equipment from Russia.

Under pressure from its Western partners, particularly the United States, to take a tough stand against the Russian invasion of Ukraine, Indian officials have argued in private that the country's dependence on Russian-origin equipment has limited New Delhi's manoeuvring space.

Since 2010, nearly two-thirds (62 per cent) of all Indian arms imports have come from Russia, an October 2021 report of the US Congress on the Russian defence industry said, adding that India accounted for nearly one-quarter (23 per cent) of Russia’s total arms exports between 2016 and 2020.

However, at the same time, data shows that India's arms exports from Russia have been declining steadily since 2014.

But given that Russia has been the largest source of India's defence imports in the last few decades, a large part of India's defence equipment is of Russian or Soviet origin. For example, the Su-30MKIs, purchased from Russia in multiple trenches since the late 1990s, form the backbone of the Indian Air Force's fighter fleet. Similarly, most Main Battle Tanks of the Indian Army, including the latest T-90s, are of Russian origin. Indian Navy uses many Russian-origin sub-systems on its latest warships built in India and is also in talks to lease a nuclear-powered attack submarine from the country.

As a result, India not only has needs for new Russian systems but also spares to keep the ones it already has fit for use.

The dependence on Russia for defence imports is made more acute by a tense military standoff with China along the Line of Actual Control (LAC).

One, due to the fighting in Ukraine, for which Moscow has deployed over 200,000 troops and heavy equipment (although not all of it has been used), the Russian defence-industrial complex will be focusing on meeting the needs of the country's defence forces. Russia may have to divert more resources towards the war effort in Ukraine as it gathers momentum over the next few days. This means that the delivery of the equipment that India has already paid for may also get delayed, although there is little clarity on this at the moment.

Two, while the diversion of Russian resources towards the war effort in Ukraine will have a short-term impact, the Western sanctions against Moscow have the potential to disrupt the India-Russia defence trade for a relatively long period, at least till the two sides come up with an alternative payment mechanism to bypass the sanctions imposed by the west.

Apart from payments for buying spares and new equipment, India may also have to clear pending payments for the systems it has already bought over the last few years. It will also have to release payment of royalties to be paid for Russian-origin equipment manufactured in India under licence, like the T-90 tanks. The sanctions are likely to make this job difficult.

Critical deals, like the one for 12 Su-30MKIs and 21 MiG-29s, essential to shore up the number of fighter squadrons in the Indian Air Force, may get delayed.

The sanctions may also hit India's exports of the BrahMos missiles to the Philippines as multiple sub-systems used in it are of Russian origin.

Three, after the Russian invasion of Ukraine, there will be little political will in the US to grant India a sanctions waiver under CAATSA for its purchase of the Russian S-400 missile defence system.

The 'Countering America's Adversaries Through Sanctions Act' (CAATSA) was enacted to impose sanctions on countries that purchase major defence hardware from Russia. There was no clarity on a CAATSA waiver for India before the now unfolding war in Ukraine was not even on the horizon. The mood in the US following the Russian invasion of Ukraine will only make it tougher for the US President to grant India a waiver.

Four, Russia's invasion of Ukraine also complicates India's defence relationship with Ukraine, which has not received much attention in media commentary. Although relatively small, India's defence ties with Ukraine are critical for both existing equipment and new systems.

India depends on Ukraine for the upgrade of 100 An-32s of the IAF, which form the backbone of its medium lift transport fleet. Already running behind schedule, the programme will now come to a halt.

India may also face difficulty in the operationalisation of the four Grigorovich-class frigates (Project 11356) purchased from Russia as the boats are to be equipped with Ukrainian gas turbines. Ukraine banned the supply of gas turbines to Moscow after Russia invaded and subsequently annexed Crimea in 2014. In 2016, India negotiated an agreement with Ukraine under which it would buy the gas turbines and spare parts from Kyiv and transport them to Russia to be fitted onto these frigates. (Read: How India Got The Warships That Russia Was Building For Its Navy)

Whether the Ukrainian defence industry will survive the war is a question no one has an answer to, except maybe the Russians.