Explained: Strains In Pakistan-Iran Relations And The Impending Crisis 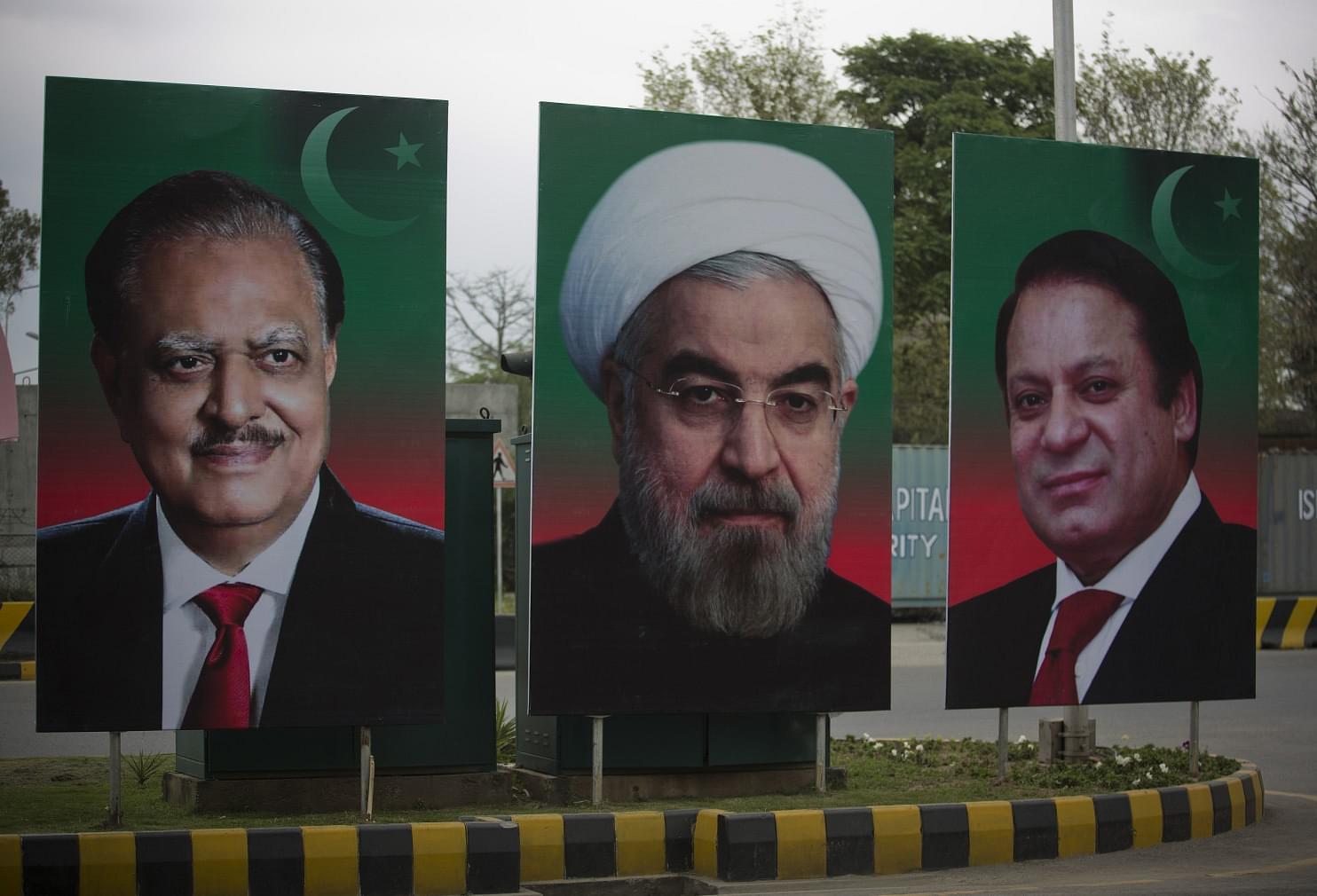 Preparations in Islamabad for Iranian President Hassan Rouhaniin’s visit in 2015.

The head of the Iranian Army has warned Islamabad that Tehran would not hesitate to hit terror safe havens inside Pakistan if it does not punish terrorists who killed 10 Iranian border guards in a cross-border attack last month. Jaish ul-Adl, a Sunni armed group fighting for the independence of Iran's Sistan-Baluchestan province, and seeking revenge for the ‘injustice’ done to Iran’s minority Sunni population, had claimed responsibility for the attack.

The group, as widely reported, enjoys backing from Inter-Services Intelligence (ISI) and the Pakistan Army, and operates from Pakistan’s Baluchistan province. It has, in the past, clashed with Iranian Army, killed civilians and paramilitary personnel in Iran and was also involved in the kidnapping of five Iranian guards in February 2014. The group had also claimed responsibility for attacks that killed eight Iranian guards in April 2015 and 14 guards in October 2013.

However, the recent ire in Tehran towards Islamabad is not only the result of cross-border attacks launched from Pakistani territory or the secessionist movement in its south-eastern province of Sistan-Baluchestan which receives ISI’s covert support. It also culminates Iran’s displeasure with recent developments linked to Saudi-led Islamic Military Alliance, a ‘counter-terrorist’ alliance of Sunni-majority Muslim countries headed by former Pakistan Army Chief General Raheel Sharif. Iran refers to this alliance as an anti-Tehran nexus and has rejected Pakistan’s offer to join it.

Hatched by Saudi Arabia, the main aim of the alliance, as seen in the statement issued by US Defence Secretary James Mattis after his meeting with Saudi King on 19 April, is to limit Iran’s influence in the Middle East and to unite the Sunni-majority Muslim world against the Shiite Iran that seeks to dominate the region.

Saudi Arabia and Iran, currently fighting a proxy war in Yemen, are always on the opposing ends of every conflict in the Middle East. The two countries compete for influence in the Middle East and support rival groups in Syrian civil war. The alliance, which Iran views with deep mistrust and apprehensions, is the new front.

Pakistan’s participation in the alliance with the country’s former Army Chief as its head only adds to Tehran’s belief that the Saudis have been using Islamabad to further their agenda. For Tehran, Islamabad’s move places it effectively in the opposite camp. This was reflected in a recent statement issued Iranian Foreign Ministry, where he scoffed at Pakistan’s participation in the alliance, saying, “the countries that are participating in the anti-terrorist coalition should respond why they are unable to deal with terrorist groups and armed bandits in their territories”.

Therefore, Arab-Iran angularities are at the heart of the confrontation between Islamabad and Tehran. However, one can’t underestimate the role of recent killings and the secessionist movement in the Sistan-Baluchestan province of Iran in triggering this strong-worded reaction from Tehran.

Iran is currently battling an insurgency in this province and often accuses Saudi Arabia and other Sunni-majority countries of sponsoring terror outfits such as Jaish ul-Adl to destabilise the mineral-rich state. This province is a part of the wider Balochistan region that is spread over Pakistan, Iran and Afghanistan.

The close relationship between Riyadh and the Pakistani civilian and military establishments is a concern for Iran. It believes Pakistan, a long-time Saudi ally, is colluding with the Arabs to provide safe havens to these terror groups in its territory and will now be party to anti-Iran activity in the region. Islamabad’s participation in the Saudi-led alliance aggravates these concern.

The emerging crisis also has implications for India, which is developing the Chabahar Port located (just 50km from Iran-Pakistan border) in Sistan-Baluchestan and the rail-link connecting the strategically located port to road network in Afghanistan.

If the crisis aggravates, India’s strategic assets, which are located in this vulnerable region, would be at risk. Any risk to these assets would dash India’s hopes of developing an alternate route to Afghanistan and Central Asia, bypassing Pakistan. This could also bring the Shia-Sunni rivalry into play in India’s immediate neighbourhood, affecting the country’s large Muslim population.

However, this crisis presents an opportunity for New Delhi to improve counter terrorism and intelligence-­sharing arrangements with Tehran.