In 2020, Work On Border Roads Moved Faster Than Before, Despite Chinese Aggression In Ladakh, And Covid-19 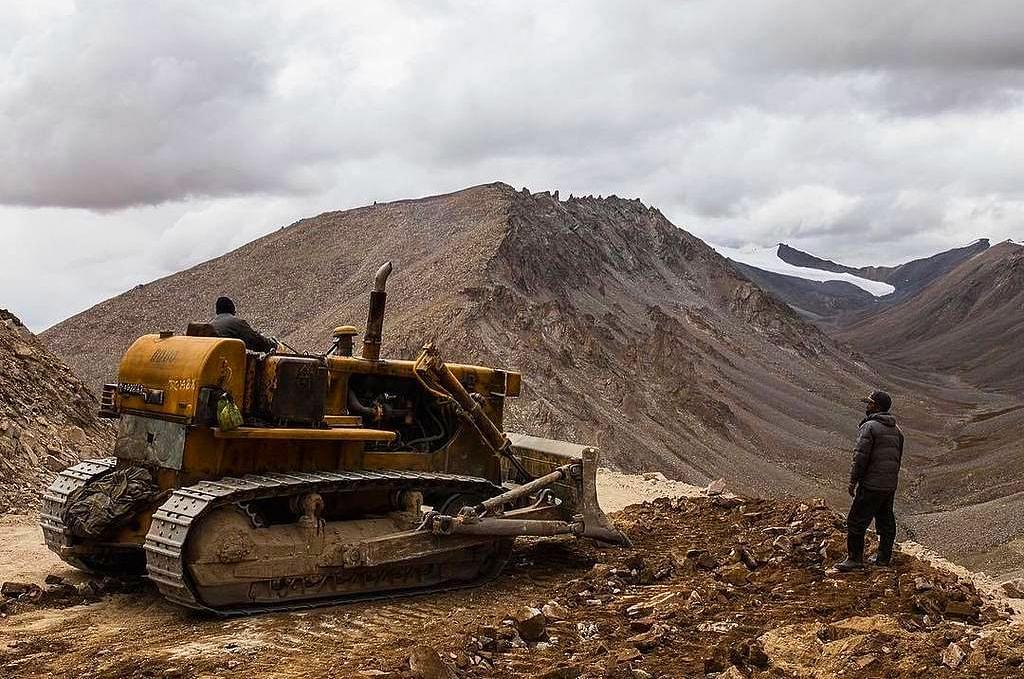 Despite Chinese aggression in eastern Ladakh, which led to the first casualties along the Line of Actual Control in over four decades, and a raging pandemic that threatened to bring work on critical border infrastructure to a halt, the Border Roads Organisation (BRO) appears to have improved its performance between January and November 2020 over the same period last year.

The BRO, which is responsible for the construction and maintenance of road infrastructure along India’s borders, has completed around 1,993 km of formation cutting work, executed nearly 2,341 km of surfacing work and construction of 2,683 metres of bridges, and undertook 2,508 km of resurfacing work and Rs 1,819 crore of permanent works during this period.

These figures, which appeared in the Ministry of Defence’s year-end review for 2020, suggest that the agency’s performance improved significantly.

In 2019, for comparison, the BRO completed 1,123 km of formation cutting work, executed nearly 2,099 km of surfacing work, construction of 2,557 metres of bridges, undertook 2,339 km of resurfacing work and Rs 1,601 crore of permanent works between January and November that year.

In the financial year 2018-19, the agency completed 991 km of formation cutting, executed 1,965 km surfacing work and construction of 2,817 metres of bridges, undertook resurfacing of 1,778 km on northern and western borders and Rs 1,518 crore of permanent work.

A large part of the work carried out by the BRO in 2020 was along India’s frontier with China, which has seen an increase in transgressions from the People’s Liberation Army, resulting in multiple standoffs over the last few years.

Interestingly, all of the strategically important roads completed by the BRO this year lie in states of Arunachal, Uttarakhand, Himachal Pradesh and the Union Territory of Ladakh — all located along India’s frontier with China.

In Ladakh, the year-end review says BRO has completed work on the 77-km-long Mahe-Chushul Road during this period.

It was near Chushul, a village located south of the Pangong Lake, that the Indian Army preempted China and occupied tactically-important heights overlooking PLA camps and positions.

These heights are located in the Kailash range, which lies just east of Chushul.

Of the 44 bridges inaugurated by Raksha Mantri Rajnath Singh in October this year, 30 lie in states along the Line of Actual Control — eight each in Ladakh, Arunachal Pradesh and Uttarakhand, two in Himachal and four in Sikkim.

This year, the BRO set a record by keeping the Zojila pass open for traffic through December to ensure connectivity to Ladakh amid the standoff with China.

Improvement in BRO’s performance in 2020, which was not expected due to the worsened security situation along the LAC and the disruption caused by Covid-19, is consistent with the trend seen over the last few years.

This impressive performance, however, is a recent phenomenon.

Before 2015, the BRO was associated more with delay than consistent improvement in performance. Much changed for it after 2015.

Under this arrangement, the agency’s tasks were set by the Ministry of Defence, but it depended for financing on the Ministry of Road Transport. This dual control proved to be an impediment in its smooth functioning. As a result, in 2015-16, it was brought under the full control of the Defence Ministry.

During the Doklam standoff in 2017, the government delegated more administrative and financial powers to BRO officers to cut down decision taking time. For example, the financial powers of a Chief Engineer at BRO increased tenfold from Rs 10 crore to Rs 100 crore and the powers of the Assistant Director General (Border Roads) rose fifteen-fold from Rs 20 crore to Rs 300 crore.

To cut down delays, the adoption of the Engineering Procurement Construction mode by the BRO was approved by the government in 2017, just a day after the standoff between India and China in Doklam ended.

The Defence Ministry’s year-end review says that the BRO has identified 42 road stretches to be outsourced for execution through the EPC mode.

“With focus on improving infrastructure in border areas, the budget for FY 2020-21 is likely to be Rs 11,800 crore,” the Raksha Mantri has said in July.

“...over the last two years, with the use of latest technologies and state-of-the-art equipment, BRO has done cutting of over 2,200 kilometres, about 4,200 kilometres of roads surfacing, and about 5,800 metres of permanent bridges have been constructed,” Rajnath Singh has said.