India Is Building Border Roads Faster Than Before; This Could Be One Reason Behind China’s Aggressive Posture Along The LAC 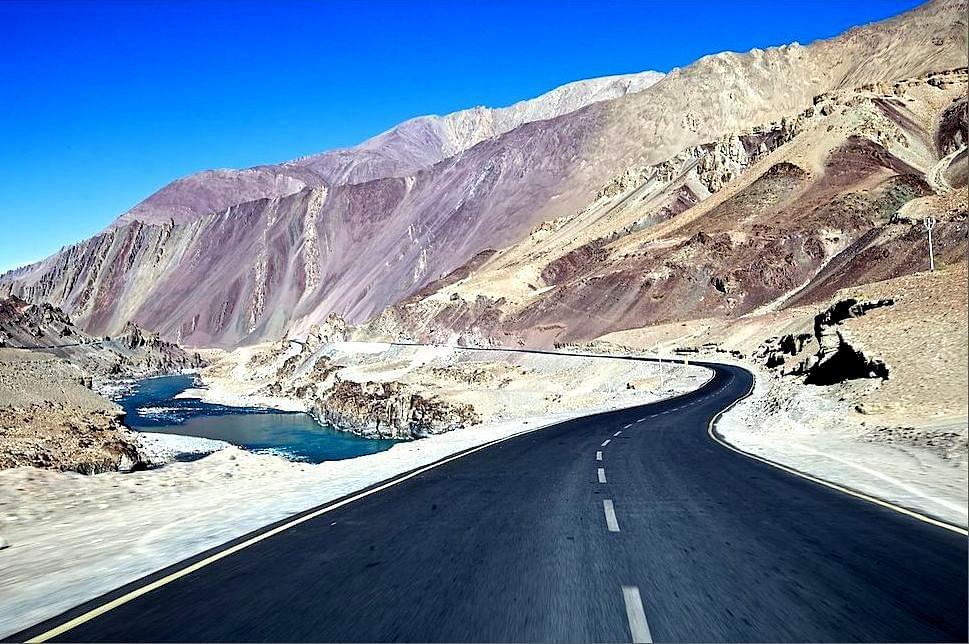 In April 2019, an 11-member motorcycle expedition completed its run from Karu near Leh to the Karakoram Pass and back, a journey of around 1,000 kilometres, over the Chang La pass, and then along the Shyok river, traversing the challenging terrain of north-eastern Ladakh at over 17,000 feet.

This expedition was different from those which take place in Ladakh every summer — it was the first-ever to pass through the newly-built 255-kilometre Darbuk-Shayok-Daulat Beg Oldie (DS-DBO) road, and had personnel from the Army Service Corps, the logistics arm of the Indian Army, which was to be one of the primary users of this road.

Critical for connectivity in north-eastern Ladakh — termed Sub-Sector North by the Army, the DS-DBO road provides all-weather access to far-flung areas abutting the 38,000 square km territory of Aksai Chin under Chinese occupation, such as the Depsang Plains, which saw a tense India-China stand-off in 2013.

The road had been under construction for 19 years — work on it begun sometime around the year 2000, was to be completed by 2012, and progress was monitored directly by the Prime Minister’s Office.

However, in 2011, by the time a large part of the road was complete, an inquiry into its construction found the road had been laid on flat terrain along the bed of the Shyok River instead of being built on the mountain side.

As a result, every year during summer months from June to October, as melting snow flooded the Shyok river, some portions of the road were damaged.

By some accounts, the road remained closed for up to 94 days due to the rise in water level in the Shyok River during the summer months. This left the road, that was closing completion nearly 12 years after work began, unfit for military use.

These issues are not unique to the DS-DBO road. The construction of strategic roads along the Line of Actual Control (LAC) has been plagued with endless delays — there are never-ending tales of projects passing deadlines by several years, costs quadrupling during execution and defective construction.

In 1997, the government along with the China Study Group, identified 73 strategic roads with the total length of 4,643 km, labelled India China Border Roads (ICBRs), to be built along the LAC to improve the movement of troops and match China’s infrastructure build-up in occupied territories and Tibet.

Out of these 73 ICBRs, 61 roads having a total length of 3,409 km were to be built by the Border Roads Organisation (BRO), while the remaining 12, with the total length of over 1,230 km, were entrusted to the Central Public Works Department.

Approved by the Cabinet Committee on Security in 1999, BRO was tasked to complete the construction of these roads by the year 2012.

However, as the Comptroller and Auditor General of India pointed out in its report (PDF here) in 2017, only 15 of the 61 roads that the BRO was entrusted with had been completed by the end of the deadline in 2012.

Counting the number of roads which have been completed is not the best way to measure the progress made in the ICBR project (or any road project) — some progress is made on most roads that are part of the project but only a few reach completion every year.

However, comparing numbers over a long period of time, say a few years, does offer some insight into the pace of construction.

With this, it can be safely concluded that construction of strategic roads was moving at a slow pace.

That the progress on ICBRs was slow is not a new finding, but there is one — this may no longer be the case.

The 2018 year-end review of the Ministry of Defence says that the “completed length of ICBRs is 2316.62 km”, which is 68 per cent of the total length of the 61 roads to be built by the BRO, and the year-end review for 2019 states that around “75 per cent road length has been black topped” by the organisation.

Had the BRO constructed ICBRs at this pace ever since it started working on the project, all border roads along the LAC would have been ready years ago.

Clearly, work on ICBRs has been progressing faster in the last few years. Apart from a surge in Chinese transgressions and the Doklam stand-off of 2017 forcing India to increase the pace of infrastructure build-up, there are many other reasons to believe this — much has changed for the BRO since 2014-15.

Two, in 2017, on the day the India-China standoff at Doklam ended, the Modi government announced that it was doing away with the need for forest clearance for infrastructure projects for the army within 100 km of the LAC.

The Narendra Modi government had also given a similar general approval after coming to power in 2014. Delay in forest and environmental clearance held up road projects for years.

Three, in the midst of the Doklam stand-off in July 2017, the government delegated more administrative and financial powers to BRO officers. In some cases, financial powers were increased as much as ten-fold and fifteen-fold.

These, along with improvement in technology and surveying over the last decade, seem to have helped the BRO speed up the construction of new roads and bridges along the LAC significantly.

Around 67 per cent of BRO’s 32,000-strong workforce is now deployed along the border with China.

It has completed many critical connectivity projects in Ladakh the Northeast in recent years, the DS-DBO road being one.

After the road was found unfit for all-weather military use in 2011, a large part of it, around three quarters by some accounts, was realigned by the BRO, along with the construction of India's highest altitude all-weather permanent bridge in eastern Ladakh, and completed in early 2019.

It is in one of the areas which the DS-DBO road passes through — the Galwan River Valley — that India and China are currently locked in a tense face-off, apparently because India is building a new road (satellite image here).

India still has a lot of catching up to do, but this is quickly changing.

For decades, as India ignored border areas and then started building infrastructure at a crawling pace, China used its superior infrastructure to change the status-quo along the LAC at will. With the infrastructure gap narrowing, its actions are now being challenged.