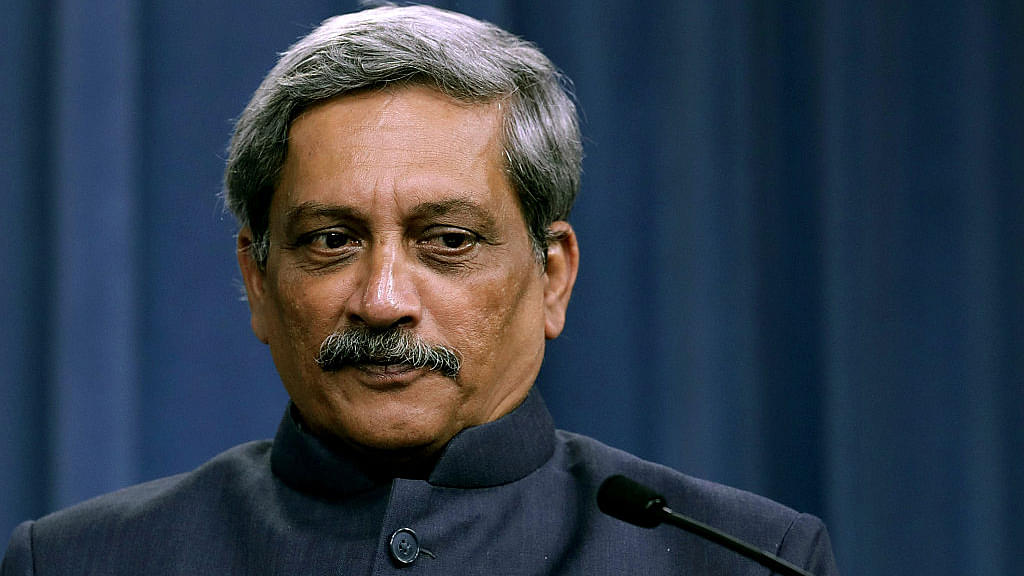 While Manohar Parrikar’s appointment as the Chief Minister of Goa has averted a crisis for the Bharatiya Janata Party in the state, his departure from the cabinet has left some critical business unfinished at the Ministry of Defence. As he returns to home turf 27 months after assuming office, Parrikar must be reasonably satisfied despite the uphill task that he leaves behind for his successor. And there are reasons for him to be.

During his two-year stint at the defence ministry, one that followed A K Antony’s unproductive tenure marred by allegations of corruption, Parrikar proved that he was capable of taking quick decisions. Procurement of vital equipment, which should have ideally been inducted during Antony’s tenure, was done under his watch. Deals that were stuck with the ministry’s byzantine bureaucracy, such as the procurement of Rafale Jets and M777 Howitzers, were signed during his tenure.

Parrikar was brave enough to cancel the Medium Multi-Role Combat Aircraft (MMRCA) tender for buying 126 aircraft. The manner of tendering, trials and cost calculations had become so complicated that any forward movement was found to be impossible.

The high degree of engagement and involvement that Parrikar maintained on issues related to policy helped him carve out a new Defence Procurement Policy (DPP) and a blacklisting strategy.

The blacklisting strategy was put in place by the UPA called for a blanket ban on companies and related firms involved in corruption. This led to entire groups being banned from participating in the tendering process, leaving the best manufacturer out in some cases and resulting in single-vendor situations in others. From ammunition to guns, there is a long list of items that could not be procured in time from the best available sources because of allegations of transgression against the manufacturer. Under Parrikar, the ministry revamped its policy and finalised a new strategy that addresses concerns of both the government and the industry.

The new procurement policy has reduced bureaucratic red-tape and avenues of corruption. The acquisition process has been successfully streamlined to facilitate faster procurement. The ministry has also introduced a new category in DPP 2016 to provide a greater thrust to the ‘Make in India’ initiative.

Parrikar’s focus on Make in India also bore fruits. India opened up the defence sector in 2016, allowing foreign companies to own as much as 100 per cent equity. Almost all recent deals, such as the one for the construction of 12 minesweeping vessels and the procurement of M777 howitzers, have a Make in India component. His experience working as a technology entrepreneur and doing business with the DRDO before joining politics certainly helped him promote private sector and jump-start local defence manufacturing.

He did manage a few wins while dealing with a mostly incompetent and corrupt bureaucracy.

His decision to the push for strategic-partnership model, against the wishes of the bureaucratic setup, is another example of his ability to reform. This model involves selection of private companies for tie-ups with foreign defence players to boost indigenous capabilities. The model has not been implemented yet and its success now depends upon the ability of Parrikar’s successor to overcome bureaucratic hurdles.

Although Parrikar was largely successful, there were areas where he couldn’t break the ice.

There was little or no movement on defence reforms and the appointment of the Chief of Defence Staff during his tenure.

The slow progress in the development of infrastructure along the border with China is also of grave concern.

Parrikar had also set up over half-a-dozen committees to decide on important issues such as rightsizing of the army and updating the promotion policy. The movement has been slow on these fronts too.

His sudden exit has left the defence ministry at a critical juncture. It remains to be seen how Arun Jaitley, or perhaps a new defence minister, will approach these issues.

The fact that the government hasn’t yet found a permanent replacement for him highlights the critical nature of the job.