My HQ Was At Uri, The Attack On It Has Thrown Up Institutional Defects We Have Grown To Live With 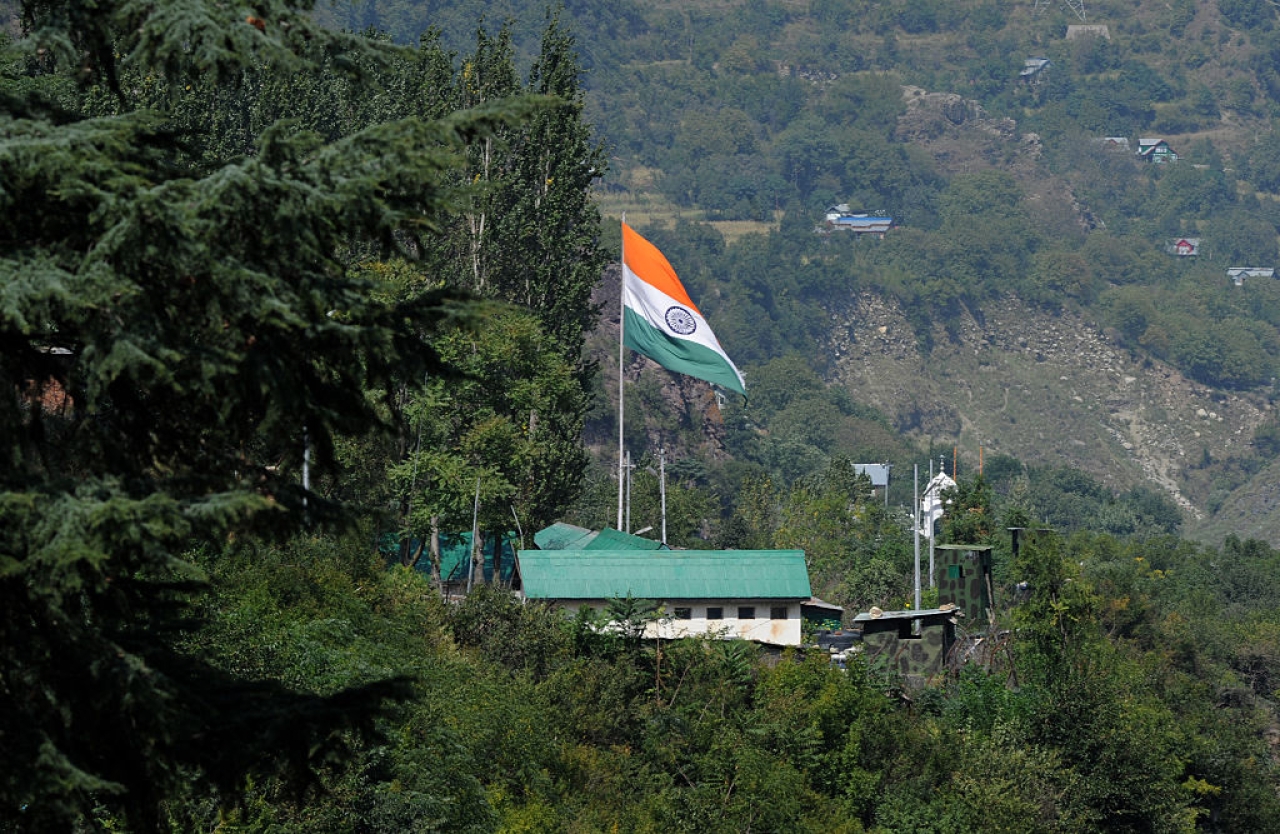 Uri was not the failure of those who managed its security on 18 September 2016 although many old timers will disagree with my statement. It was an institutional weakness which brought the situation on us and this is a harsh reality. Reality checks need to be brought into the open to allow the government, citizens and even many uniformed personnel to be better sensitized about national expectations versus national willingness to part with more resources for defence and security.

Intelligence alerts are fine. Such alerts exist for 300 out of 365 days in a year. This piece is not an attempt to bail out the defenders of Uri but rather to breathe reality and speak what is usually taken for granted. It is not for the lack of guts that people in the Army at all levels do not speak up. It is because they have grown used to a certain apathy which is just accepted as the way of life.

Will anyone in the Army speak up to say that the Uri base probably never had a single thermal imager (TI) to do surveillance of the route coming up from Salamabad Nala? If a senior commander was informed that the garrison had kept a few imagers for its protection it would have been considered an act of sacrilege as per our philosophy. It has to be the LoC which has to be fully secured; that is the gospel truth but the infirmity lies here too, at the administrative base. In other words a balanced deployment, one of the basics of defense, appears violated. Let me admit, I too am not a holy warrior and I would have done exactly what was done by the current breed of officers and men because I have been brought up on a diet that he who serves up in front needs it all.

The TI equipment acquired in 2001 has reached the end of its life and remains functional on life support systems through Indian ‘jugaad’. The local batteries sometimes hold life for two to three hours while a LoC ambush is deployed for eight to ten hours. This has been stated in every briefing of HQ 15 Corps but not forcefully enough because we have got so used to being ignored in response.

The LoC fence was strengthened extensively over the years, once again through the ingenious system of improvisation. However, any system has its limitations. The observation over the last season is clear that the adversary has found ways of neutralizing the LoC fence. To reach Uri base the fence had to be breached somewhere.

Is this why the pattern of terrorists killed is more often well inside our territory and not at the LoC fence itself? The contact pattern reveals maximum engagements with infiltrating terrorists well after they have breached the obstacle. The obstacle was always supposed to be a trip wire, something on which to base the alignment of our ambushes, with response from the flanks and depth if an encounter initiated. Systematically the dearth of thermal imagers, the erosion of their effectiveness and the counter-measures adopted by the terror groups has marginalized the effectiveness of our major force multiplier making infiltration easier.

The system of permanent assets in terms of habitat and fighting infrastructure, to include hardened bunkers, weapon emplacements, trenches with measures to prevent collapse, living structures, lighting conductors, toilets and cooking facilities, all come under the generic head of operational works. This is different to the works budget which is used for infrastructure in the hinterland and peace stations. The budget for operational works is so limited that it will take another fifty years before our defenses at the LoC are sufficiently hardened. The rate of construction is much slower than the rate of deterioration because climatic conditions and rugged usage have their effects. The state of toilets, cooking facilities and accommodation in general, at the LoC, remains at best pathetic. However, we have got so used to limited allocations that no one thinks of demanding more.

An issue that is for all to know is that in thirteen years of ceasefire we have lost an opportunity of hardening the permanent defenses. Given the kind of tinderbox environment the ceasefire could be a casualty very soon. Despite our limited infrastructure we always got the better of Pakistan in LoC exchanges. We also had the opportunity to construct protective infrastructure for the villagers. In 2003, I recall how Rs 2 crore from state government funds was allocated for community protective bunkers for civilians of the Uri salient. We had the design in place and would have completed construction in a year but the scheme was withdrawn as soon as the ceasefire was in place. Once again it was apathy and refusal to look at the future.

Let me illustrate the entire issue of mindsets with a humorous but true story. Many years ago when the Indian Army started subscribing to the UN missions one of our largest missions was in Somalia (UNOSOM). The MI Directorate started a system of franking of some of the mail coming in from the men and officers in the mission area to their families. The idea was to gauge morale and ascertain if there was any undesirable influence on the personnel in an international environment. The first few days after the franking commenced, one of the conclusions reached was that much against any compromise in their integrity our men were a little shell shocked by the quantum of supplies of everything including stationery. One such soldier wrote that he had exaggerated his demand for some items in the hope that he would get the bare minimum needed for office use. Instead he received double the quantum he demanded. So accustomed to being always treated with deficiencies, the men and many officers could not get over the surplus that was made available to them. That is the unfortunate case of our mindset. We are so used to being miserly in our approach and so niggard is the system which demands fullest security at the cheapest rate that it has seeped into the personality of our officers and men. They just accept it at face value and efforts towards garnering their rightful share are never even considered.

Uri had been warned. And I personally warned them too, Uri being my old headquarters. But they could have done sweet little with the kind of assets they held. In 2003, similar threats were received. I remember often remaining awake with the entire garrison at night for some days but that could not go on forever. It is easy to condemn and say that their alarm system and security posts were all negligent. There is a transitory man power at the base and the HQ has never pulled in more manpower from units for its own protection. What it desperately needed was a security wall which could have ensured that such a simple entry would not have been possible. I initiated the case for a security wall in 2003. I am sure the preceding commanders would also have similarly demanded and initiated one. In 2007 I returned to command Dagger Division and found that the wall had not materialized. We reinitiated it, only to return in 2010 to reinitiate it a third time. With a security wall, a couple of raised security bunkers towards the Salamabad side, thermal imagers and assured lighting, the possibility of such a raid could largely have been reduced.

I am quite certain that the nation, and many uniformed personnel too, are unaware of the kind of robustness needed to serve in such areas. I love to inform my stunned audiences in the corporate world that they may have heard of financial management, energy management and resource management but never of sleep management. Quite honestly a jawan in the LoC environment does not sleep at night almost continuously at least five or even six days a week. He catches a few winks by day but the kind of chores required at LoC posts and picquets hardly permits even this. The stress of possible enemy actions during patrolling, logistics movement and post protection is a constant baggage on the mind. The stress is palpable.

The system is not all bad. There are massive pluses brought on by the ethos of military camaraderie and concern for subordinates. Pilots of the Army Aviation Corps will fly under the most threatening conditions to evacuate a sick officer or jawan at severe risk. Caution will be thrown to the winds where a lifesaving effort has to be executed; whether it is a uniformed comrade or a civilian is immaterial. It is in the spirit of such camaraderie that people at the rear will sacrifice their bit for the people serving up in front and in more threatening conditions.

That the adversary found a chink in our armor is unfortunate but the armor is getting eroded for all the reasons just revealed. It is about time the Army stated unequivocally that the nation will get the security it pays for and no more. Don’t expect ‘jugaad’ to bail us out; the Army will always do it. It will work effectively nineteen times but the twentieth time when it fails do not find fault with our officers and our men who are paying the price of the nation’s niggardliness and inability to provide us the basics we need to keep the nation secure.

We may never have stated it because of the spirit of ‘we will fight with what we have’. The basic consciousness of being the last resort of the nation has driven a different kind of spirit. That spirit may just have seen the beginning of erosion after Uri.

Get Swarajya in your inbox everyday. Subscribe here.
Tags:
7 Shares