What If India Imposed A Naval Blockade On Pakistan? 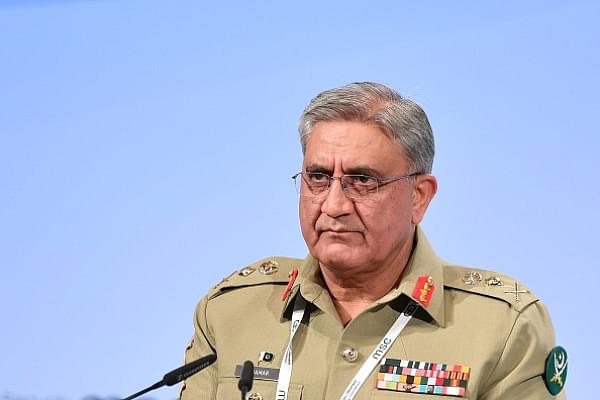 There is an old jungle saying: to successfully bring India to her knees, an enemy nation must first possess three crucial prerequisites:

A strong navy is needed to achieve these three prerequisites. Otherwise, it is difficult to tukde-fy India, and, any such nation trying, would soon find its belligerence turning into a graveyard of foolhardy ambitions.

Pakistan does not possess such naval capabilities. Indeed, only two nations do: Russia and America. But, both are friendly nations, and have no sane reason to contest India militarily. Thus, conflict with either is a presently-inconceivable eventuality.

On the other hand, a nation seeking to bleed India with a thousand cuts, without first establishing those three prerequisites, opens itself up to significant problems. Therefore, in this piece, we shall go beyond the usual jingoism and rhetoric, to study our neighbor’s actual, innate susceptibilities. Or, crudely put: how to squeeze Pakistan where it hurts!

The late Pakistani Prime Minister, Zulfikar Ali Bhutto, may have vowed to eat grass until Pakistan developed the nuclear bomb, but in the long run, that does not make for too nutritious a diet. This is because, for a regimen of unfettered bellicosity and blind hatred, grass alone is not enough; one needs oil too, as energy and fuel. And that is where Pakistan’s problems lie.

There have been numerous press reports of fuel shortages in Pakistan, since the Indian Air Force’s strikes on 26 February. Part of this is preparatory rationing in advance, in case the current crisis expands into an all-out-war. This is also because Pakistan does not possess a meaningful strategic petroleum reserve. At the same time, other press reports speak of Pakistan expressing alarm to foreign governments, of the Indian Navy allegedly moving more of its warships into the Arabian Sea.

Both reports are interlinked and represent the deeply-rooted, strategic vulnerabilities of Pakistan, which India retains the option of taking advantage of. To fully understand this, one must briefly study Pakistan’s energy sector:

Pakistan consumes approximately 0.6 Million barrels of oil (Mbopd) a day. Domestic oil production is a meagre 0.09 Mbopd, meaning that the balance 85 per cent has to be imported from abroad via oil tankers over-sea. Slightly more than half of its crude oil imports are from the UAE, much of the remainder from Saudi Arabia, and a small fraction from Qatar. In addition, Pakistan also imports copious volumes of refined petroleum products – mainly from Kuwait, with the balance largely spread across the Netherlands, Malaysia, Oman and South Korea.

These figures gain further strategic significance when we look at Pakistan’s energy mix: total annual electricity generation is 124 terawatt hours (Twh). 34 per cent is from gas, 27 per cent from hydel, 7 per cent nuclear, and, very surprisingly, 30 per cent from furnace oil (an imported crude distillate). The country has almost no coal, and hence no coal-fired thermal plants of worth. What this means is that a full third of Pakistan’s electricity generation is dependent on feedstock imported by sea.

Now we may appreciate Pakistan’s strategic deficiencies with greater clarity.

As long as Indian governments continued to treat cross-border terrorism, and infiltration from Pakistan-held areas, as local, tactical issues, the policy of trying to bleed India with a thousand cuts appeared mightily profitable. But three things became apparent when the current government deviated from the approach taken by the Congress-led United Progressive Alliance government:

First, the ground strikes after Uri showed Pakistan that the price of sustaining their long-held policy now meant bearing the loss of carefully-trained jihadi forces, along with associated infrastructure, on Pakistan-occupied soil.

Second, the air strikes after Pulwama demonstrated that sovereignty was now no longer a shield for the propagation of cross-border terrorism. (Readers may note that the Indian air strikes on Balakot, in Khyber-Pakhtunkhwa province, were the first instance in history of one nuclear power attacking the soil of another nuclear power)

A third, more important aspect, is that certain core weaknesses of Pakistan’s conventional military have been exposed. The risks to the Pakistani economy too have become more apparent now. Without ratcheting matters up to a full-scale war, India has demonstrated that the mere threat of widespread conflict alone can hurt Pakistan financially. For example, the closure of Pakistani airspace and airports for even a few days, meant a sizeable revenue loss, which still awaits tallying. Fuel rationing and shortages mean that perishable goods were unable to reach markets in time. Again, a quantifiable loss.

Now, taking matters further, one must assess the possible consequences if the Indian Navy joins the party. Simply put, by that old jungle saying:

In this scenario, the threat of stopping the flow of goods in and out of Pakistani ports would have a cascading effect domestically. Admittedly, it is true that an actual naval embargo by India, or a blockade, might lead to war. But it is equally true that the threat of such an act too, would have painful economic consequences in Pakistan. This is strategic leverage:

Cargo ship captains would wonder if they truly wished to enter such hot waters and test Indian resolve. Insurance companies would issue advisories and/or enhance premiums. In Pakistan, anticipatory hoarding would commence. Panic buying would raise prices dramatically. And if indeed, crude and furnace oil supplies were disrupted, one-third of Pakistan’s electricity generation capacity would be directly and immediately affected. With petrol and diesel rationed, the movement of goods and services within the country would be curtailed. Sales would drop. Revenues would decrease. The civilian populace would feel a heavy burden right down to the poorest, most derelict quarters of Karachi, Lahore and Rawalpindi.

Has the Pakistani government considered such a possible outcome? Is the support to jihadi elements, and the policy of bleeding India with a thousand cuts, so zealously cherished, so close to their hearts, that the Generals would gladly expose their citizenry to such potential miseries? Would the average Pakistani citizen support his Generals so assiduously, if it meant going without electricity, diesel, petrol or wages? Do the people of Pakistan even know what their leaders are getting them into? In the final analysis, we shouldn’t care, because this ugly situation was brought upon our subcontinent, first by partition, and then by Pakistan. Our sole aim should be on solving the problem. If that can be done without a descent into outright war, then so much the better.

There are numerous ways by which our political leadership might exert such leverage, and levy high costs on the Pakistani economy, without forcing the hand of open conflagration. Prudence demands that such methods not be enumerated in public – for obvious reasons. But we can, and must, understand that there do exist other avenues, such as the Indian Navy, by which a point may be driven firmly home. Whether Pakistan gets the message and finally, thankfully, gives up its senseless, recidivist tendencies, is up to the Generals of Rawalpindi. We can but try.

In closing, it is tempting to mischievously conjure an image of Admiral Sunil Lanba, Chief of the Indian Naval Staff, to underscore the issue of leverage, and to highlight some of the options available to us:

The man is seated at his desk in Naval HQ, New Delhi, in a room as austere and spartan as its occupant. The crusty old wardog chews a lip in stoic contemplation, and wonders if he should have another cigarette. For, today, Lanba’s mean and hungry visage carries a grimmer, menacing countenance, because the PM has asked for options.

Yes, options, the Admiral muses. Secret options for a secret meeting in a secret world, where strangely, the threat of conflict sometimes offers greater dividends than combat itself. So real, so different, and so far, far more effective than anything those chest-thumping poltroons in Rawalpindi could ever imagine. But vicious and lethal too, if ever the gloves come off. Oh yes, his boys are ready. No worries on that front. Smiling wryly to himself, Lanba decides against a smoke, and punches the intercom to summon his senior staff. Time for options.

And, as the sombre image fades, we are reminded of another jungle saying: never waken a sleeping bear.