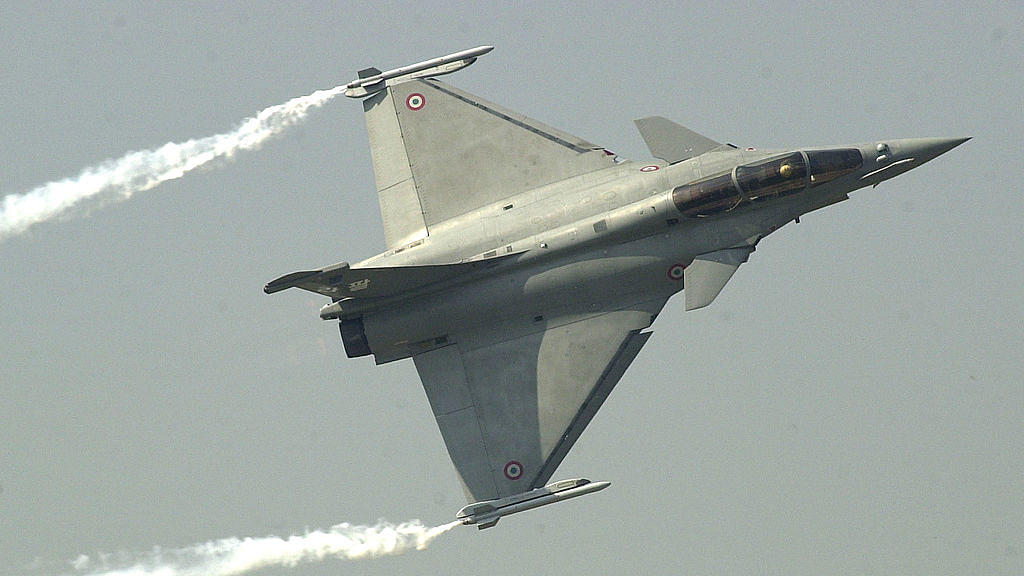 On 23 September, the Rafale fighter jet deal was signed by French Defence Minister Jean-Yves Le Drian and Indian Defence Minister Manohar Parrikar. Over half a month later, on 15 October, India and Russia signed an inter-governmental agreement for the supply of the S-400 missile system. The two deals are significant for the Indian Air Force (IAF), which is struggling with insufficient squadron numbers. While the IAF has a sanctioned strength of 45 fighter squadrons, it is currently operating at a low 35 squadrons and facing an alarming shortage in the near future when many MiG-21 and MiG-27 squadrons will be retired.

The long-winded acquisition of Rafale aircraft

When Dassault Aviation was declared the L1 winner of the Medium Multi-Role Combat Aircraft (MMRCA) contract for acquisition of 126 fighter planes on 31 January 2012, the decade-long quest of the IAF for a multi-role combat aircraft finally seemed to be hitting the right stride. However, progress on negotiations over the next two years were beset with several problems. The overall cost of acquisition inflated substantially from $12 billion to a purported $25 billion as the details of maintenance, transfer of technology (ToT) and spares support were negotiated as per Indian specifications. There were other impediments, as Dassault Aviation and Hindustan Aeronautics Limited (HAL) could not reach an agreement on the terms of guarantee for HAL-produced airframes. Even as the negotiations proceeded at a slow pace with ever-increasing complications, the sword of corruption charges hung over the whole deal. The charges were spearheaded by Subramanian Swamy on the basis of a “Carla Bruni-Sonia Gandhi bribery axis”.

The basis of all the confusion with respect to negotiations, as well as the scope for corruption charges, stems from the mishandling by then-Defence Minister A K Antony. At least three senior officials in the Finance Ministry have made a file noting that the formula used for L1 bid estimation by Dassault Aviation was different from that used by the other shortlisted vendor EADS, resulting in an unfair advantage to the eventual winner, Dassault Aviation. The right course of action would have been to evaluate bids by both competitors on exactly the same terms. However, either due to the IAF’s preference for the Rafale or due to extraneous factors, Antony sanctioned further cost negotiations with a non-compliant L1 bid.

Complicating matters more, to minimise risk to his image, he instructed the negotiation committee to report to him if the computation for the L1 bid had to be handled differently. This meant that if the negotiation committee indeed found Dassault Aviation’s L1 bid non-compliant, the two years of time spent on the negotiation was wasted. It was a ludicrous decision that made no sense at all. Such gross mishandling led to not only complicated contract negotiations with major impediments but also left the door open for the deal to be a target for corruption charges.

In this backdrop of inflating cost, non-agreement on guarantee terms and cost for HAL-produced airframes and impending corruption charges, Prime Minister Narendra Modi took decisive action in scrapping the MMRCA deal and announcing an inter-governmental agreement with the French government for direct delivery of 36 Rafale fighter jets on 10 April 2015.

The inter-governmental agreement signed for the S-400 missile system on the sidelines of the BRICS summit at Goa made no detailed references to cost or induction timelines. However, it has been reported that the contractual negotiations are likely to be completed in next six to nine months with a targeted signing of the deal by April 2017. The contract is likely to result in the delivery of at least five units of the S-400 missile system.

Besides Intermediate Range Ballistic Missiles (IRBM), the S-400 system is also capable of shooting down subsonic cruise missiles, which Pakistan is likely to use for the delivery of tactical nukes. The S-400 system would be able to target an F16/JF-17-sized fighter at a range exceeding 300km, making it a highly potent addition to the IAF.

The IAF has a sanctioned strength of 45 fighter squadrons. However, the IAF is currently operating only 35 squadrons, which includes 11 squadrons of legacy aircraft like MiG-21 M/Bis/Bison and MiG-27. These 11 squadrons are due for retirement between 2018 and 2022. In the same period, the IAF is projected to add only six to seven squadrons, resulting in a major shortage in squadron strength.

In the first week of October this year, the IAF has sent out a request for information for a single-engine fighter to be manufactured in India under full ToT. The likely contenders are the F-16 Block 70 (purported Indian configuration) and the Gripen E. It is imperative that the Modi government moves quickly on this front so that the deliveries of the single-engine fighter could start by 2022-2024.

Currently, planned production of 14 squadrons of Su-30MKI (272 aircraft), two squadrons of Rafale, 120 Tejas Mk1/1A and a projected six squadrons (120 aircraft) of a single-engine fighter under ToT will constitute “nominal induction plan” for the IAF, representing the bare minimum modernisation path.

The IAF has publicly said that it would like to induct more Rafale fighter jets. Simultaneously, the Russian side is informally pushing the Indian government to extend the Su-30MKI production line by another 40 aircraft. Considering the falling squadron strength, it would be prudent to order two more squadrons of either Rafale or Su-30MKI. It should also be a straightforward decision to extend the production lines of Tejas Mk1A and a single-engine fighter under ToT to add two more squadrons between them. This represents an “optimistic induction plan” for the IAF, which is fairly straightforward and extremely feasible without any complications. This is easily doable with some coordination between the IAF and the Defence Ministry.

Clearly, even in the most optimistic scenario, the IAF will not realise its sanctioned squadron strength (45 squadrons) in the next 20 years. If the induction of fighter jets follows the nominal induction path, except for four years between 2016 and 2020, the IAF will operate below existing squadron levels for the major part of the next 17 years. Therefore, it is imperative that the IAF & Defence Ministry coordinate well to chase the “optimistic induction path”. Only such proactive planning will ensure a suitable squadron strength for the IAF in the longer term. Nevertheless, the bad news is that the IAF will have to operate at a low 32-33 squadrons during 2019-2024.

In this backdrop, the signing of the Rafale deal and the inter-governmental agreement on the S-400 missile system are crucial developments, as both systems can act as huge force multipliers in their own way for the IAF.

The Rafale jet is an excellent 4.5 generation fighter jet that comes equipped with potent armaments in the form of Storm Shadow stand-off ALCM and Meteor long-range BVRAAM. However, it is the low observable airframe equipped with an AESA radar and a SPECTRA jammer that makes it a potent force multiplier when the IAF’s inventory of aircraft is equipped with an ODL. Rafale would be able to leverage its low observable and long-range detection capabilities to detect enemy aircraft earlier, and share tactical combat information with other aircraft (such as Tejas, Mirage 2000 and MiG-29) equipped with an ODL. With its ability to act as a mini-AWACS or fighter director in a network-centric environment, the Rafale aircraft can be a significant force multiplier for the IAF.

The Saab 2000 Erieye AEW&C aircraft act as a buffer or balancer for the Pakistan Air Force (PAF) against the air superiority enjoyed by the IAF. With a targeting range exceeding 400km for the AEW&C operated by the PAF, the S-400 system makes it near-impossible for the PAF to operate their AWACS system while the IAF would be able to freely deploy its AWACS due to PAF lacking equivalent systems that can endanger the AWACS flying inside Indian territory. Any PAF fighter deployment will also have to contend with the threat of being targeted by the S-400 missile system. By virtually plugging the western border and severely limiting the deployment of PAF AWACS, the S-400 acts as a huge force multiplier.

The multi-pronged force multiplier impact provided by the Rafale and S-400 missile systems is a much-needed shot in the arm for the IAF. Even with lower squadron numbers, the IAF would be able to establish air superiority over the western border with the upgraded Mirage 2000 and MiG-29 fighters supported by a small compliment of Rafales and/or Su-30MKI. This essentially allows the IAF to deploy a major portion of its best fighter assets (Rafale & Su-30MKI) to defend the northern border in the eventuality of a two-front conflict.

While the low and falling squadron strength of the IAF is a big concern, the Rafale and S-400 acquisitions can act as a bulwark against the inevitable low squadron strength in the near future. After a decade of decadence, the Modi-Parrikar duo deserve accolades for their decisive action in untangling the Rafale fighter jet deal, and for the very quick progress on the S-400 deal.

The author is an Aerospace Engineering graduate currently working as a research engineer specializing in Fluid Dynamics & Heat Transfer. He is also a Defence enthusiast.