Win-Win Rafale Deal: How Indian Negotiators Brought Down The Price Of Fighter Jets ​ 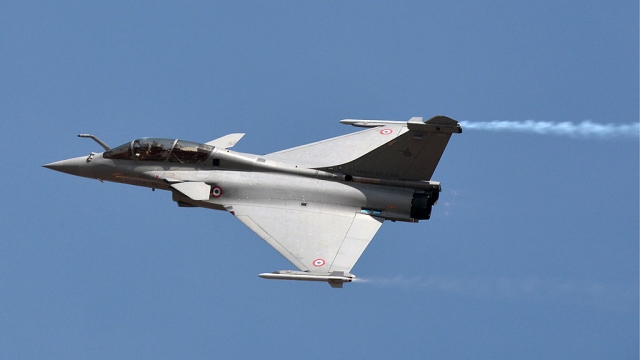 If India has not bought a single piece of artillery for more than 28 years, the story is as dismal for the fleet of combat jets. No new fighter planes have been procured by the Indian Air Force (IAF) since the beginning of this century. The long wait for new fighter jets to replace the ageing MiG-21s and beef up the depleting combat fleet is about to get over tomorrow (23 September) with India and France set to sign a 7.878 billion Euros contract with Dassault Aviation to supply 36 Rafale jet fighters.

All 36 planes will be delivered to India in a span of 66 months.

India will receive the first Rafale fighter jet within three years of signing the agreement, sources in the negotiating team have said.

These fighter jets will have at least a dozen India-specific enhancements to suit the requirements of the IAF. The contract will also include state-of-the-art missiles like Meteor and Scalp that will give the IAF a capability that had been sorely missing in its arsenal.

The weapons platform apart, the Ministry of Defence (MoD)-IAF negotiating team extracted many concessions and discounts to arrive at a price that is almost 750 million Euros less than what was being quoted by the French side in January 2016, when the commercial negotiations gathered pace, almost seven months after Prime Minister Narendra Modi announced India’s intention to buy 36 Rafales off the shelf from France during his trip to Paris in April 2015.

In January this year, a day before French President François Hollande and Prime Minister Modi were to jointly issue a statement during the French President’s visit to India, the French side had quoted a price of 8.6 billion Euros. Not willing to accept what was seen as a high price, the Indian team refused to close the deal, forcing the two leaders to issue a statement which talked about finalising the deal without the price.

To bring down the cost, the Indian team asked French officials to calculate the deal on actual cost (price as on today) plus European inflation indices (which varies like stock markets and is currently around one per cent per annum). The MoD has also capped the European Inflation Indices to maximum 3.5 per cent a year. In other words, if inflation indices go down (chances of it going down are more, looking at the current situation of European markets) India will have to pay less. Even if it goes up India will not pay more than 3.5 per cent increase.

In the now scrapped process for buying 126 Medium Multi-role Combat Aircraft (MMRCA), confusion reigned supreme in calculating the cost of the contract. After the French Dassault Aviation—makers of the Rafale Jet — emerged winners, the UPA government had agreed with French officials to calculate the price on the fixed-cost formula that allowed the company to include additional price of 3.9 per cent inflation indices from day one of the deal. So, had India gone ahead with the UPA deal and the European inflation indices had fallen (as it indeed has), India would have ended up paying additional cost of inflation indices (at 3.9 per cent) which was already added at the initial negotiation itself. Moreover, there was confusion on the calculation of the basic price itself.

In the original MMRCA proposal, the first batch of 18 planes were to be manufactured in France, and the next 108 were to be manufactured in India. However, when negotiations for the cost of 108 fighters began, it was discovered that the cost would go up substantially (in fact to the tune of Rs 150 crore per plane) since the cost of labour man hours in India were 2.7 times higher than in France. Moreover, then defence minister AK Antony had put down on file a remark that the negotiating team must come back to him before finalising the contract, creating more confusion for the negotiators. Clearly, with these factors, the fact that the French company had emerged as the lowest bidder in itself had come under a cloud!

The current MoD team on the other hand extracted several other discounts. For instance, Dassault will have to ensure that at least 75 per cent of the entire fleet remains operational at any given time. This warranty is signed for the first five years. A comparative analysis will show that only about 60 per cent of India’s frontline fighters, the Sukhoi-30 fleet remain operational at any given time in the current scenario.

Till three years ago, only about 48 per cent of the Sukhoi fleet was able to fly at any given time, because of poor maintenance. Called the performance-based logistics support, this clause can be extended by the user (the IAF) at the same cost as today for another two years  with an option that the same terms can be applied for an additional five years at an additional cost that is negotiable.

Three other minor but important concessions include free training for nine IAF personnel, including three pilots; additional guarantee for 60 hours of usage of training aircraft for Indian pilots and six months of free weapons storage without charge (in case the Indian infrastructure is not ready for storing the weapons). The three concessions alone would make substantial saving for India, sources pointed out.

This piece was originally appeared on Bharatshakti.in and has been republished here with permission.