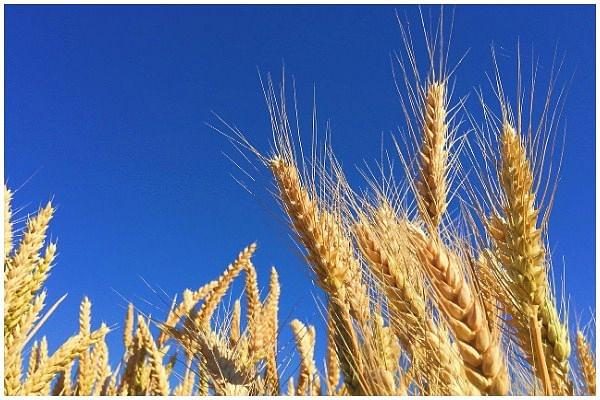 Last week, the Directorate-General of Foreign Trade (DGFT) announced a floor price or minimum export price (MEP) for onion to rein in rising prices of the vegetable. Onion prices have topped Rs 30 a kg on fears of lower supply as its acreage has dropped based on growers fetching poor prices last year.

Usually, the government asks the DGFT to announce such a measure when onion prices hover around Rs 50 a kg. With assembly elections to the Maharashtra state a few months away, the centre has stepped in to ensure it doesn’t face the ire of the consumers.

The announcement of the MEP is likely to affect onion exporters since they would have made a commitment to offering the vegetable at a lower price than the MEP to buyers abroad.

Onion exports had picked up in 2016-17 after the government scrapped MEP in December 2015. However, the floor price was reintroduced in November 2017, resulting in onion exports dropping.

Earlier this year, export of non-basmati rice was affected after the centre withdrew the 5 per cent incentive for its shipments. During April-May, shipments halved compared with the same period a year ago.

In 2008, the centre had banned the export of non-basmati rice as poor monsoon rains resulted in lower production. It took three years for the ban to be lifted.

Fortunately for India, Thailand — the world’s largest rice exporter — decided to buy paddy from its farmers at a higher price and this helped India regain its lost foothold in the global export market.

India enjoys a unique advantage in the global rice market as apart from Thailand, it is the only other supplier of par-boiled rice. North African countries buy Indian par-boiled rice and Indian exporters enjoy an edge in view of their geographical proximity.

During the 2018-19 fiscal, India exported 11.95 mt of rice but this financial year exports will likely drop by at least 1 mt due to withdrawal of incentives, higher prices and weak demand.

In the early 2000s, when natural rubber prices ruled low, the centre had decided to look at the export option. Much to its chagrin, the government found that producers lacked the expertise to ship rubber the way the buyers required them to.

Besides these products, commodities such as wheat, corn (maize), vegetable oils, pulses, and milk products have suffered on account of export bans one time or the other.

There are agricultural products such as wheat that can be exported. However, most Indian wheat is considered of lower quality and hence treated as animal feed.

On the other hand, Sharbati wheat — grown in Madhya Pradesh — is of premium quality and can be used for making pasta and pizza. So far, no efforts have been made to promote this wheat variety in the global market.

All these point to some of the disadvantages faced by India in the global export market for agricultural products.

For example, the MEP on onions will force an exporter to go for a fresh contract. In turn, it will affect not just the exporter’s credibility but also the country’s. Often, buyers abroad point at India’s poor credibility as a reason to opt for other sellers.

Ad hoc export policies are affecting exporters’ standing in the global market. These policy decisions are often taken in a panic to tackle rising domestic prices or fears of supply shortage.

In 2010, the centre had allowed cotton exports only after exporters obtained a licence. A few months before that, exports had been stopped as domestic prices had surged on demand.

Exporters say that they attract clients abroad after much effort and these ad hoc measures of the government affect them badly. It practically forces them to start from scratch once the measures are withdrawn.

Many exporters have complained that they have lost clients in view of these measures and have found it tough to win them back.

In some cases, the exporters had to forego the contract as such policies had resulted in prices of their products going up and making it unviable for them to meet their commitments.

Exporters feel that the government should specify a date to ensure that they get ample time to adjust to the policy changes.

In many cases, export options are not looked at since the domestic market is vibrant with demand rising consistently. But if farming has to be a gainful profession, then exports are a must.

For example, in the case of natural rubber, domestic prices are higher than global prices. The price of ribbed smoked sheet (RSS) four in India is Rs 131 a kg. Its comparative grade RSS three in the global market is quoted at Rs 109.35 a kg.

There are other products also — such as wheat — where domestic prices are higher than global prices. One of the reasons for a higher domestic price is the government fixing minimum support price (MSP) .This practice distorts the pricing in the market and has forced countries to move the World Trade Organisation against it.

As a whole, exports of agricultural products that make up nearly 10 per cent of total merchandise shipments from the country, are suffering due to lack of uniform and long-term policies.

No doubt, farmers and consumer interests are paramount and policies need to take care of their welfare. But India’s on-and-off blow-hot-blow-cold policies are not helping anyone.

The best option would be to have policies that promote export in the long-term and make the country a reliable global supplier. In case of any supply problem, the government would be better off to allow imports at a lower duty than curbing exports.

That would be a fair deal to all concerned; definitely better than being called an ‘unreliable’ source in the global market.