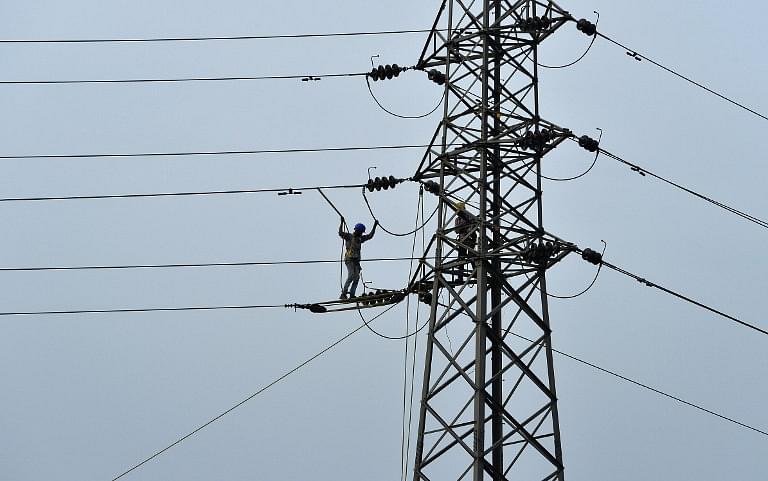 While the NDA government has shown considerable progress on tackling the issue of power generation, what about the acute problem of distribution?

The Narendra Modi led NDA government has been routinely talking about 24×7 power availability across the country. Based on media quotes and tweets from ministers and party functionaries, it appears that there’s a soft target of achieving this goal by 2022. In my Swarajya article from March, I pointed out how Mr. Piyush Goyal, the Hon’ble Minister of State with independent charge for Power, Coal and New & Renewable Energy, has gone about addressing one part of the puzzle viz. power generation.

After the Electricity Act 2003 unbundled the functions of power generation, transmission and distribution, each area has moved and evolved at a very different pace. At times, the problems in an upstream area cascade downstream. At other times, the constraints in downstream sectors disrupt the economics of the upstream functions. As the government moves in with a multi-pronged strategy (coal reforms, alternative push, and nuclear deals) to correct generation imbalances, the cash starved and loss making distribution sector becomes the next hurdle to be crossed.

After the 2003 unbundling in the sector, the distribution companies (Discoms) continued to be state controlled, except Delhi, Mumbai and Kolkata. This was a combination of lack of political will – state electricity boards could not be privatized without political losses – and political expediency.

Most political parties across the spectrum, use power tariff to hasten electoral success. Free power, realizations lesser than cost price and, sector specific pricing and availability like for agriculture, are routine promises made in run-ups to the elections. Over time, every such instance of the supply price being less than cost price hurts the state Discoms hard. Organizationally, these units have always had a deficit DNA, taking state government underwriting as guaranteed.

As per the Annual Report for the financial year 2013-14 on the Working of State Power Utilities and Electricity Departments, Planning Commission stated that the gap between average costs of power supply per unit and average tariff per unit narrowed from 30% to 22% over the past few years. However, Discoms regularly faced an inverse price elasticity situation on supply and demand sides, with cost of buying always outstripping the cost of supplying power. The accumulated losses of all Discoms in India are estimated to be around 300,000 crore. An estimated 30,000 crore are added each year to this figure, post state government subsidies.

Of this huge accumulated loss, just 8 states account for 75% of the total loss. These include Andhra Pradesh, Haryana, Madhya Pradesh, Punjab, Telangana, Rajasthan, Tamil Nadu and Uttar Pradesh. These 8 states have 19 Discom companies between them, and every single one runs a cost coverage ratio or CCR (costs of operations covered by revenue generated) of less than 1. The states face their own fiscal challenges and keep delaying subsidy infusion, thus forcing Discoms to pile up more debt on top of the existing unserviceable borrowings.

Most of these 19 Discoms have failed to reduce thefts and distribution loss, which come across as a major challenge throughout India. These losses can be as high as 60% in some states. The only ‘solution’ the Discoms have is, to keep charging Commercial and Industrial users more than Domestic and Agricultural ones.

Given this debt trap spiral engulfing the Discoms, there have been attempts made over the years to soften the problem.

However, without any specific tying up of central grants to key outcomes, the incentive mechanisms failed to boost the Discom health when the unbundling started in 2003. In 2008, the then UPA government extended this central program as Restructured Accelerated Power Development Reform Program (R-APDRP). This time the central grants were fixed and key areas of investments finalized as reducing distribution losses, energy account and energy efficiency.

Meanwhile, Discoms continued to borrow from commercial banks, which continued lending to the Discoms under an assumed or implicit state government underwriting. As the operational losses continued to mount, the ability of Discoms to repay the interest and be eligible for even more debt, to manage the CCR continued to be under pressure. Even the R-APDRP did not achieve the desired results – the Discoms continued to underperform due to political pressures, there was no incentive to change on the ground and the power generation itself came under severe pressure during UPA 2 with the clouding of the coal sector.

In 2012, the government launched a Financial Restructuring Plan (FRP), which provided for a specific bailout package. Big 8 states were the target for the package, but had to meet a series of pre-conditions to avail it. One of the key terms of the FRP was to divide the short term liabilities (STL) of Discoms in two halves.

The other 50% of STL would be serviced by the Discoms, with a moratorium on principal repayment for 3 years backed by state government guarantees. The central government created a Transitional Finance Mechanism (TFM) to support the principal payments to the state which assumed the 50% STL within a prescribed timeframe, and also linking it to reducing the gap between average costs of power supply per unit and average tariff per unit by 25% over the 2010-11 base figures. The Reserve Bank of India (RBI) in parallel issued guidelines on valuing these bonds issued by Discoms as well as state governments to ensure that lenders, specifically scheduled banks, don’t widen their already burgeoning non-performing assets (NPAs).

Only Haryana, Rajasthan, Tamil Nadu and Uttar Pradesh joined the program out of the big 8 states. Andhra Pradesh, Bihar, Himachal Pradesh and Jharkhand opted to join later. Due to accounting issues in Andhra Pradesh Discoms and suboptimal unbundling progress in Bihar and Jharkhad, these states could not eventually avail FRP benefits. After various rounds of government auditors and lenders evaluating Discom books and negotiations between lenders and state governments, only Rajasthan, Tamil Nadu and Uttar Pradesh made some progress under FRP.

Despite a 15 year effort, the overall effect on the Discom financial health improvement have been dismal. One of the key reasons for this has been an attempt to financially engineer the Discom books, without specific hard linkages to operational metrics improvement.

The present NDA government, under Mr. Piyush Goyal, has launched a new effort for improving the missing financial assistance to operational performance link earlier this year. These efforts come into the aftermath of projected improvements in the power generation capacity on the account of debottlenecking supply side constraints.

The government is aiming to better measurement and reporting of operational improvements, with independent analysis of how various Discoms and their home State Electricity Regulatory Commissions (SERCs) are functioning. A tender has been floated to seek independent, politics neutral third party evaluation of specific parameters for the following states: Andhra Pradesh, Bihar, Haryana, Jharkhand, Rajasthan, Tamil Nadu, Telangana, and Uttar Pradesh.

This is a comprehensive parameter list, which addresses the leakages through various parts of the Discom operational value chains. The third party will measure the benefits under FRP will be adjusted to the changes in relative performance along these parameters.

These measurements tie in well with the infrastructural changes that the government is trying to bring in via two flagship schemes launched in November 2014. The 43,000 crore Deendayal Upadhyaya Gram Jyoti Yojana which focuses on rural electrification, has allocations on separating agricultural and non-agricultural feeders. The scheme also envisages better transmission equipment including metering of distribution transformers and feeders. Improvement in billed energy component in rural India will help reduce the Discom financial burden. The corresponding Rs 33,000 crore urban Integrated Power Development Scheme pursues similar goals in urban India. In addition, this scheme also focuses on IT enablement and reduced urban theft – goals which were part of the R-APDRP.

Unlike the fundamental changes, which Mr. Goyal has been able to push in the generation sector, these measures in the distribution area are still incremental and in continuation with the work done by the previous governments. As seen over the past 15 years, the ability of the Discoms to radically change is limited despite all the central support. Therefore, it is possible the generation issues being resolved may not accrue full benefits without a clean up of the distribution infrastructure. The states, supported by the Center, will have to soon push through fundamental reforms, which are inevitable.

There is a case of increased private participation in Discoms. State governments may take up some pilot urban projects – say couple of cities in each state, against specific central incentives to make the switch. The models in Mumbai, Delhi and Kolkata have more or less worked, evolving over time. These can be the guiding principles to make a start.

In sectors like coal and railways, the government has ruled out flagship PSU privatization, but is gradually allowing private inclusion in various functions. Since the Center is making an alternative push, why not let private parties run the distribution side of alternative? Allow municipal bodies or village governing bodies to sign up for localized captive generation and associated distribution? This would not kill the Discoms, but started concentrated private participation, which if scaled, can nudge the Discoms to do better over time.

Finally, there’s a case of pricing parity being pushed. Even in 2015, the most urban city in the country elects a local government based on blanket promises of reducing electricity rates, without the backing of associated supplies. Can the Center push for non-subsidized distribution linked to FRP assistance? This may be farfetched, given the opposition which will emerge from the NDA states like Punjab and Andhra Pradesh and there will be electoral consequences in states like Bihar and Uttar Pradesh. But it is true that, if the consumption side of the sector does not reflect market realities, the Discoms will continue to suffer.

The dream of “No Indian left in the dark” depends on a meaningful Center – State collaboration to transform the power distribution function. If blanket reforms are not possible, Mr. Goyal should use the political capital he has built via generation reforms to convince specific states – those ruled by NDA and those benefiting from coal auctions royalties – to expedite the changes. Ultimately, the creation of “model states” is significant- if Mr. Goyal has to build a self-reinforcing compare and contrast mechanism. Greater responsibility at the state level coupled with enforced accountability from the center is the way forward. One hopes for Mr. Goyal’s success in driving this change management using the carrot and stick approach.