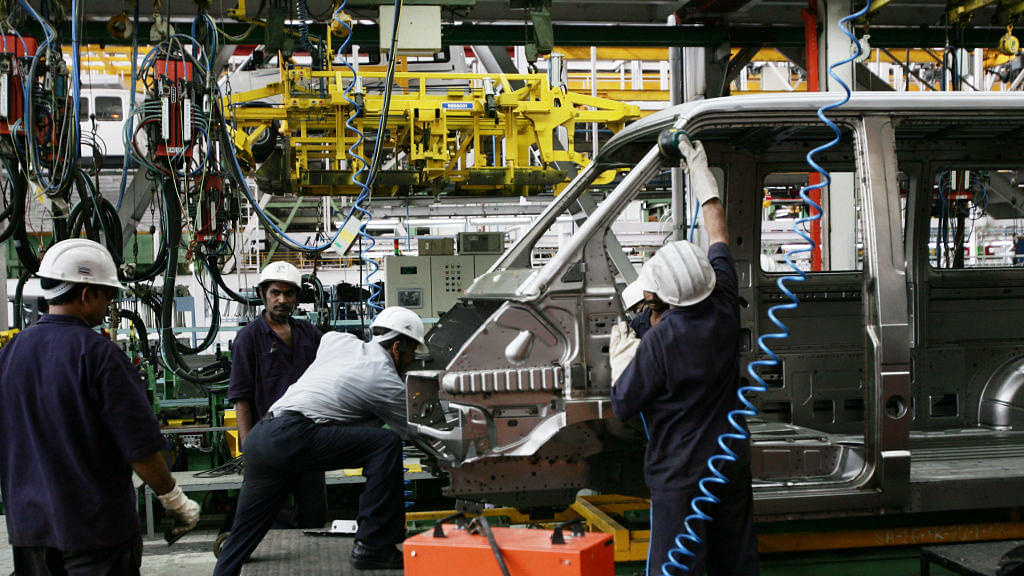 Nothing is further from the truth that the Indian economy is failing, wrote Member of Parliament (MP) Rajeev Chandrasekhar in a column today (29 September) for the Indian Express.

Writing in response to Yashwant Sinha’s piece on the Indian economy, he wrote, “Yashwant Sinha’s recent article (‘I need to speak up now’) about the economy concludes more in hope, than on facts, that the economy is headed for a ‘hard landing’. He joins some others in a desperate attempt to build a narrative of a failing economy.”

Chandrasekhar’s reference to “some others” likely included P Chidambaram, who came out in support of Sinha’s article. Chandrasekhar criticised the former finance minister for presiding over a “spectacular destruction of the economy” when the United Progressive Alliance (UPA) government was in power for 10 years.

Why blaming demonetisation and GST is lazy analysis

Ever since the gross domestic product growth figures for the first quarter were announced, there has been much talk of a slowdown and a debate on how much of it came down to Prime Minister Narendra Modi’s bold economic initiatives of demonetisation and the goods and services tax.

“The rush to come to a judgement about demonetisation ignores”, wrote Chandrasekhar, “that an elaborate trail of deposits has been created to expose illegal deposits and networks.”

“The criticism of GST is laughable given that its design was arrived at after a consensus with the Opposition in Parliament, state legislatures and in the GST council,” he wrote.

Chandrasekhar also pointed out that, compared to the state of the economy in 2014, the Indian economy had come a long way ahead.

This government inherited such an economy and has steadily built it back over the last three years to one where the GDP has grown, per capita income has increased, foreign direct investments are at a historic high of almost $160 billion, foreign exchange reserves are at the record level of almost $400 billion, inflation has moderated, and government finances are following a roadmap of fiscal discipline after years of reckless profligacy. Decades of crony capitalism and piggy-banking on public sector banks have come to an end, a battle against corruption is underway, ease of making investments and doing business has increased and medium- to long-term investor confidence is high.

Rajeev Chandrasekhar, ‘I too need to speak up’, Indian Express, 29 September

This process of maintenance, notably, follows a period of ‘24 quarters of rising inflation, flight of foreign investors, scam-inspired plummeting of investor confidence’ and ‘corrupt crony capitalism of the worst kind’.

Why knee-jerk reactions should be avoided

The MP pointed to stalled private investment and a broken government banking system as among the big hurdles to higher growth. He also said the “request for intervention to support those impacted” during this transition was “legitimate”. But he advised against providing a “knee jerk” response to the situation.

This transition support could be about focussing on bank capitalisation, credit for housing, credit for MSMEs, exporters, stabilising GST and creating a permanent roadmap for public sector banks.

Rajeev Chandrasekhar, ‘I too need to speak up’, Indian Express, 29 September

Despite the challenges, however, “the current state of economy is a far cry from 2014”, wrote Chandrasekhar.

“After three years of repair and rebuilding, the Indian economy is in a better place and is better prepared to deliver longer periods of higher rates of growth.”