All Working Women Should Read The Tea Leaves From Munnar 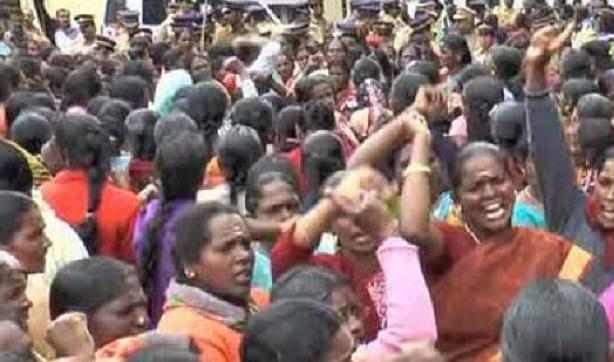 The Munnar agitation might go a long way in correcting the gender-based wage disparity in the country.

The picturesque hills of Munnar could soon fall back to routine after the women tea pickers there successfully negotiated a better deal for themselves with the management of Tata-controlled Kannan Devan Plantations.

Some 6,000 women who worked in the tea estates had struck work demanding better wages and working conditions. The success of their struggle has the potential to have a Jasmine Revolution-like impact on women workers elsewhere in Kerala and across the country where they are a significant share of the workforce. Provided they organise themselves like the women workers of Munnar, that is.

The Munnar agitation turns the spotlight on the gender disparity in wages across the country. Wages of men and women vary across sectors and functions, and it is a norm for women to be paid much less than their male counterparts.

Only a small part of the difference can be attributed to the nature of the job. For instance, on an assembly line for most manufactured goods, women are more likely to be assigned lower-paying jobs that are more painstaking such as assembling and checking of populated circuit boards (PCB) that form the core of almost every electrical and electronic product. Men, on the other hand, are more likely to be assigned the task of assembling the end product.

The only exception to the gender disparity in wages is public works under the Mahatma Gandhi National Rural Employment Guarantee Scheme (MGNREGS) – there is very little difference – Rs 10 in some cases – in the wages of men and women, going by the National Sample Survey Organisation’s report, Employment and Unemployment Situation in India 2011-12.

The report shows that  gender-based disparity in salaries and wages is widest for those in regular employment and is generally much higher in rural areas than in urban areas. On an average, across the country, wages for men in regular employment in rural areas was about 60 per cent higher than of women. In comparison, the disparity in urban areas was only 28 per cent.

In some places such as rural Madhya Pradesh, West Bengal and Bihar, wages and salaries of men were as much as 150 per cent higher than those of women.  For instance, women in rural Madhya Pradesh women in regular employment reported that their average daily earnings was about Rs 109 compared to Rs 271 for men.

Fortunately, there are some exceptions to the rule. The NSSO report also shows that urban women in regular employment in Delhi, Punjab and Chandigarh reported higher earnings than their male counterparts.

There is also wide disparity in earnings of those employed as casual labour in activities that are not classified as public works, with the difference being sharper in urban areas. (Public works in NSSO parlance refers to activities sponsored by government or local bodies, the primary objective of which is generation of wage employment and poverty alleviation.) While urban male casual workers in the non-public work category earned 60 per cent more than their female counterparts, male workers in the rural areas got only 45 per cent higher than female workers.

Gender-based wage disparity for casual workers in public works that are not part of MGNREGS appear relatively narrow – 15 per cent. Public works projects are usually undertaken in rural areas and so there is no comparable data for urban areas. Disparity was the widest in Maharashtra where men earned on an average about 42 per cent more than women. But in Haryana, Karnataka and Kerala, women casual workers in non-MNREGS earned as much as 30 per cent more than their male counterparts.

There is less gender-based disparity in wages paid in public works because governments cannot be seen to be adopting discriminatory practices. Otherwise, barring the exceptional cases, the wage scenario for women vis-à-vis men is quite dismal. At the other end of the income spectrum from the Munnar tea pickers, even Bollywood is not free of this discrimination. Actresses are paid around half of what actors are, even though many of them carry an entire film on their shoulders.

The women of Munnar have certainly shown the way. And all working women – from lowly labourers to corporate executives to Bollywood actresses – need to organise themselves to demand a better deal.