Bhim, Not Gandhi, Is The Face Of New Money In India: How DeMo Delivered On Financial Digitisation 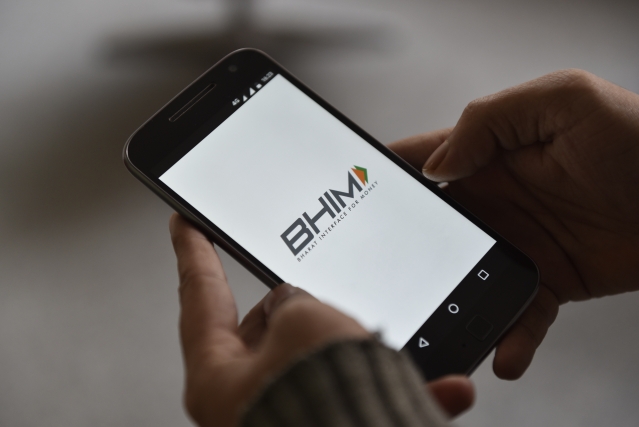 Bhim Rao Ambedkar, who is the inspiration behind the name given to India’s premier mobile payment app Bharat Interface for Money (BHIM), is fast replacing Mohandas Karamchand Gandhi as the face of new money in ‘New India’.

Developed by National Payments Corporation of India (NPCI), BHIM is based on Unified Payments Interface (UPI) and was launched by Prime Minister Narendra Modi on 30 December 2016, seven weeks after announcing the historic decision to demonetise high-denomination currency notes.

As per NPCI, over two billion transactions worth Rs 3.86 lakh crore were carried out in October, doubling from one billion transactions recorded in the same month last year. To put this in perspective, in October 2016 before demonetisation, only transactions worth Rs 48 crore were registered. That’s how far the UPI platform has come in just four years. Of course, demonetisation played a big role in this but recently, digital transactions have gotten a big fillip due to Covid-19 pandemic as well because the masses have been hesitant to transact in cash.

Below is the table of statistics by RBI which gives a glimpse of status of current payment infrastructure in the country. It is telling us that the age of ATMs is over and the present and future belongs to cards, wallets, PoS terminals and Bharat QR (used to scan in mobile based payment methods).

As economist V. Anantha Nageswaran noted in his column in The Indian Express yesterday (9 November), “Demonetisation was a catalyst for, if not the cause of, the digitisation of financial transactions….The pandemic has now come as a force multiplier for digitisation.”

Moreover, he writes that demonetisation was not only facilitated but actively contributed to formalisation of the Indian economy. The debate on informality, stirred by demonetisation, spurred action on the discounting and factoring of trade receivables, Nageswaran says.

Other offshoots of demonetisation that he highlights include re-classification of MSME enterprises which will free them from fear of growth and the de-criminalisation of violations of many penal provisions of the Companies Act, 2013.

There are many other changes taking place, all started by demonetisation.

First, as ATMs and cash have started falling in terms of importance, it’s inevitable that the cash logistics business will shrink.

Second, many banking services will be outsourced. Banks will be going for branch rationalisation. Aadhaar-based-eKYC has already become a big tool to grow their customer bases. It is becoming the standard way of acquiring new customers, both for regular banks and payment banks.

Third, cyber security will see a boom. As digital cash becomes the norm, the real growth in financial sector jobs will be in cyber security, since digital currency systems are vulnerable to hacking and fraud. Many instances are already coming fore (We have all seen Jamatra). Since smartphones will essentially become your digital banking interface, technologies to protect you from losses when you misplace or lose your phone will become paramount.

Fourth, credit cards and payments systems are moving out of the physical category and turning virtual. Credit and debit cards are being embedded in your phone (Apple Pay, Samsung Pay, etc)

Fifth, phishing and fraud insurance will become big business. As the smartphone becomes your wallet, you have to buy insurance to cover yourself against the possibility of fraud.

Sixth, data analytics is becoming a big business. Soon banks, virtual banks, card companies and e-wallets will start making money from the customer data they own (like Google, Fb already do where user has become the product), Financial companies will understand customers better from their spending and payments habits.

Seventh, the conventional bank employment will fall as banks hollow out in terms of physical infrastructure and some jobs get outsourced. However, techies will become a big part of the baking ecosystem whether in data analytics or cyber security departments.

All these developments are happening because of demonetisation. Without it, we would’ve probably never seen such fast adoption of digital money. As data democratisation continues to add millions of internet users in the country, digital transactions will also grow by leaps and bounds.

Directly or indirectly, demonetisation has delivered in spades as far as financial digitisation and formalisation of the economy is concerned.