Budget 2019: A Roundup Of Allocations For Major Public Welfare Schemes 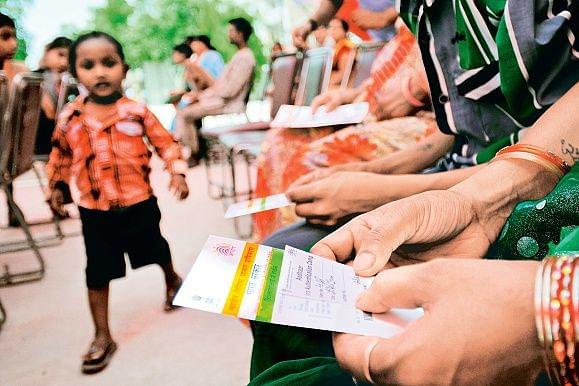 For ease of access to credit for MSMEs, the government has introduced providing of loans up to 1 crore within 59 minutes through a dedicated online portal. Under the Interest Subvention Scheme for MSMEs, Rs. 350 crore has been allocated for FY 2019-20 for 2 per cent interest subvention for all GST registered MSMEs, on fresh or incremental loans.

It was also announced that the government will create a payment platform for MSMEs to enable filing of bills and payment thereof on the platform itself. This would be helpful in curtailing the delays in government payments to suppliers and contractors.

Encouraged by the overwhelming response, the government of India has decided to extend pension benefits to about three crore retail traders and small shopkeepers whose annual turnover is less than Rs 1.5 crore under a new scheme namely, the Pradhan Mantri Karam Yogi Maandhan Scheme. Enrollment into the scheme will be kept simple, requiring only Aadhaar and a bank account and rest will be on self-declaration.

In order to further encourage women enterprise, it has been proposed to expand the Women SHG (Self-Help Groups) interest subvention programme to all districts. Furthermore, for every verified woman SHG member having a Jan Dhan Bank Account, an overdraft of 5,000 will be allowed. One woman in every SHG will also be made eligible for a loan up to 1 lakh under the MUDRA Scheme.

Under the Pradhan Mantri MUDRA Yojana (PMMY) loans upto 10 lakh can be sought by the non-corporate, non-farm small/micro enterprises. These loans are classified as MUDRA loans under PMMY.

The Pradhan Mantri Ujjwala Yojana (PMUY) provided a clean cooking fuel – LPG to families so that they don’t have to compromise their health in smoky kitchens or wander in unsafe areas collecting firewood.

In Budget 2019, it was stated that by 2022, the 75th year of India’s independence, every single rural family, except those who are unwilling to take the connection will have electricity and a clean cooking facility across the nation.

The Pradhan Mantri Gram Sadak Yojana (PMGSY) was launched to provide connectivity to unconnected habitations. This was estimated to be done by setting high and uniform technical and management standards. This scheme sought to facilitate policy development and planning at the State level in order to ensure sustainable management of the rural roads network.

In Budget 2019, it was stated that all weather connectivity had now been provided to over 97 per cent of such habitations. This has been possible by maintaining a high pace of road construction of 130 to 135 km per day in the last 1,000 days.

The Finance Minister stated that 30,000 kms of PMGSY roads have been built using Green Technology, Waste Plastic and Cold Mix Technology, thereby reducing carbon footprint. The next phase of the scheme, PMGSY-III, is envisaged to upgrade 1,25,000 kms of road length over the next five years, at an estimated cost of Rs. 80,250 Crore.

PMAY-G aims at providing a pakka house, with basic amenities, to all those without a home and to those living in a kutcha and dilapidated house, by 2022.

As per the budget speech, a total of 1.54 crore rural homes have been completed in the last five years. In the second phase of PMAY-G, during 2019-20 to 2021-22, 1.95 crore houses are proposed to be provided to the eligible beneficiaries.

These houses are also being provided with amenities like toilets, electricity and LPG connections. With the use of technology, the DBT platform and technology inputs, the average number of days for completion of houses has reduced from 314 days in 2015-16 to 114 days in 2017-18.

As per the Budget speech of 2019, the Jal Shakti Mantralaya has been constituted, integrating the Ministry of Water Resources, River Development and Ganga Rejuvenation and Ministry of Drinking Water and Sanitation.

This new Mantralaya will look at the management of our water resources and water supply and will work with States to ensure Har Ghar Jal (piped water supply) to all rural households by 2024 under the Jal Jeevan Mission.

The Jal Jeevan Mission will converge with other Central and State government schemes to achieve its objectives of sustainable water supply management across the country.

The government has identified 1592 Blocks which are critical and overexploited, spread across 256 District for the Jal Shakti Abhiyan.

Under the Pradhan Mantri Gramin Digital Saksharta Abhiyan, over two crore rural Indians have so far been made digitally literate. To bridge the rural-urban digital divide, Bharat-Net is targeting internet connectivity in local bodies in every Panchayat in the country. This will be speeded up with assistance from Universal Service Obligation Fund and under a Public Private Partnership arrangement.

The Pradhan Mantri Awas Yojana (Urban) Programme seeks the ambitious target of ‘Housing for All by 2022’.

As per the Budget 2019 under Pradhan Mantri Awas Yojana – Urban (PMAY-Urban), over 81 lakh houses with an investment of about Rs. 4.83 lakh crores have been sanctioned of which construction of about 47 lakh houses has begun.

A Scheme for Promotion of Innovation, Rural Industry and Entrepreneurship (ASPIRE)

ASPIRE has been launched in March 2015 with an objective to set up a network of technology centres, incubation centres to accelerate entrepreneurship and also to promote start-ups for innovation and entrepreneurship in the rural and agriculture-based industry with a fund of Rs. 210 crores.

Scheme of Fund for Regeneration of Traditional Industries (SFURTI)

The objectives SFURTI is to organize the traditional industries and artisans into clusters to make them competitive and provide support for their long term sustainability by way of enhancing the marketability of products, improving the skills of artisans, making provision for common facilities and strengthening the cluster governance systems.

The focused sectors are Bamboo, Honey and Khadi clusters. The SFURTI envisions setting up 100 new clusters during 2019-20 which should enable 50,000 artisans to join the economic value chain.