Can We Guess How Robotics Will Affect Economies In The Future? 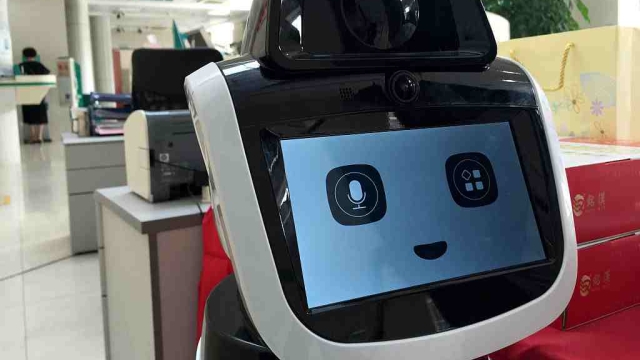 Following up on my earlier post on Branko Milanvoic’ blog post, I ran into the blog site called ‘Bank Underground’. It is a platform for Bank of England economists, analysts, et al, to post their comments on various issues that may or may not agree with the official policy of the Bank of England. Very good platform, in that sense.

I came across this somewhat optimistic post on the impact of robotisation. This one line, of course, does not do justice to the post which is, on the whole, quite thoughtful. It has many links. I clicked on one of them that took me to a FT Alphaville post of November 2015. In turn, it led me to a speech (‘Labour’s share) by Andrew Haldane in November 2015 and a piece by Martin Wolf in Feb. 2014. I read the latter and have downloaded the former.

Martin Wolf’s piece itself has many links. His final point is well made:

Above all, technology itself does not dictate the outcomes. Economic and political institutions do. If the ones we have do not give the results we want, we must change them.

But, that is true of a lot of things. Most prominent is money, for example. Or, may be, fast cars. They cannot kill or destroy character or whatever, on their own. It is supposedly up to us. But, that also assumes a lot of things about human abilities at self-control that years of research have shown us to be incapable of.

In his famous TED talk, Dan Ariely reminds us that we do not know our own priorities and that, when the decision becomes a trifle complex, we fall back on the default options chosen for us. That is what gave rise to the whole concept of ‘nudge’. But, ‘nudge’ can be both argued for and against.

At some level, ‘nudge’ is playing God. It assumes that people do not know their preferences correctly. But, that includes the people and authorities nudging too! Second, it can be, with some justification, deemed elitist and even manipulative. All, supposedly, for good reasons and for good causes. What if they are used for wrong ends?

So, giving us tools that we do not know how to handle is not a good thing. Therefore, some tools are better off being inside the tool box.

That reminded me of the quote attributed to Christopher Hitchens:

“Everyone has a book inside them, which is exactly where it should, I think, in most cases, remain”. (by the way, the link explores how the deceased writer Christopher Hitchens came to be associated with this pithy and witty observation)

“Just three minor points worth thinking about or keeping in mind:

(1) We do not know if jobs would really be lost or not. Assuming they are not, is it also possible to state that robotics would not come in the way of creation of jobs? In other words, what would be the counterfactual in terms of job creation but for robotics? Can we even guess that?

(2) In the developed world, robots could firm up resistance against immigration from developing economies that have a surplus of labour.

(3) It could also lead, through trade, to job losses in the developing world if robots enable developed world to regain competitiveness and they use their muscle to prise open markets for various goods and services in the developing world. The employment hit to developing economies will arise not only from lost export possibilities but also from having to compete with cheap imports, enabled by robots.”

Lawrence Mishel’s blog post in the Economics Policy Institute (ht: Martin Wolf’s article) is hard hitting and rigorously argued. He rejects the argument that technology is responsible for inequality and instead points the finger at compensation in the financial sector and executive pay:

“…. rising executive pay and the expansion of, and better pay in, the financial sector can account for two-thirds of increased incomes at the top. If superstar actors, musicians, and others were driving growth at the top we wouldn’t see the close association of top incomes with the trajectory of the stock market, especially during the last two crashes….

His detailed work that proves these points can be found here. Regular readers of this blog would know that I am very sympathetic to these points of view. Technological change may not be the direct cause of it but capitalists might find that a handy instrument to beat the workes with, heightening their sense of insecurity and curtailing their own wage demands. Agree that correlation is not causation but an adjunct role for technology may be appropriate.

I was quite tickled to read this observation by Martin Wolf that Lawrence Mishel rejects that technology changes caused wage inequality. I had read this morning an interesting article (ht: TCA Srinivasa Raghavan) as to how Ronald Fisher, the father of modern statistics, could not accept that smoking caused cancer. Randomized experiment was not possible in establishing causation from smoking to cancer. Hence, he could not accept that smoking caused cancer. Establishing causality in many social phenomenon is very hard. Too many other factors at play and very few of them can be controlled or allowed to remain unchanged. More often than not, temporal sequence passes off for causality.

Suffice to say that this topic is going to become very important in the coming years and hence, we need to keep reading and keep expanding of our knowledge of past experiences, patterns, etc., on the introduction of technology and the impact – both general and relative – on workers, wages and on the society. Facile conclusions and generalisations need to be avoided. More than a touch of humility is needed – to avoid arriving at conclusions but to keep minds open for understanding the phenomenon and to abandon one’s policies when evidence and trends change.

If past were the (only) prologue for the future, there would be no need for intelligence.

An interesting postscript to conclude this long blog post:

The legend of how a union leader told an official in a car manufacturing company who was proudly showing off his new robots to the workers’ leader that robots would not buy the cars that his company was making, has been retold many times with everyone adding their own bells and whistles. This link gives the full monty behind that legend. It is authentic but happened more than six decades ago. There was one real character involved – Walter Reuther – leader of the automobile workers’ union. But, his counterpart in the conversation was not Henry Ford II.

This post was first published on The Gold Standard, and has been republished here with permission. You can read the original post here.