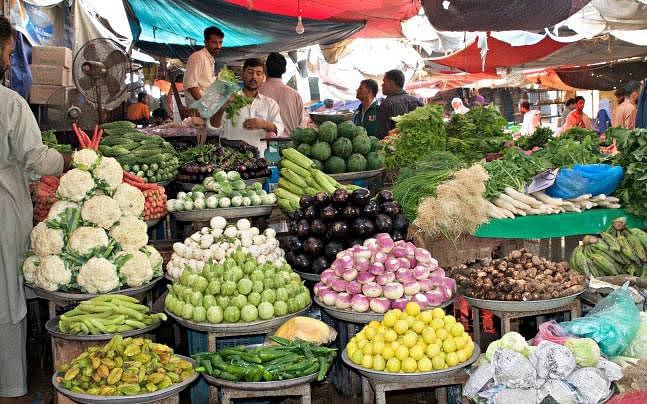 In the middle of the farmers’ agitation for better prices for their crops and a huge diatribe against the Reserve Bank of India (RBI) for fanatically following an anti inflation line, we seem to have forgotten the interests of those with fixed income and the landless labourers in rural and urban areas.

Inflation hurts these two groups, mercilessly. For the simple reason that neither has the purchasing power to store victuals for the future. Thus current price movement in bazaars impacts their well being significantly. Amid the current crescendo of concern that inflation has dipped dangerously low, it is forgotten that it is this low inflation which will make the rupee travel a wee bit more for them, as a significant income effect. From the point of view of these groups the hawk like view of RBI on inflation makes a lot of sense.

It is therefore fine to be concerned about the glut in agricultural production which has led to a massive dip in the prices of vegetables and fruits. Yet this dip is not general across all categories of products and definitely not so for the services. This means the overwhelming number of poor in the rural areas, who are not farmers and the poor in the cities are still reeling from the inflation levels of health, education and transport. Yet if these people could spend less money on food it would have a positive impact on them. These segments have a high marginal propensity to spend (or consume) almost close to one. (MPC is the ratio of every additional rupee that is used for consumption — it stays high at low levels of income and then when the individual or family feels reasonably well provided for, it declines)

The current debate has tended to over look these segments, as despite being a large chunk of the population they do not have a political clout to make their voice heard, unlike the farmers, many of whom they serve as employees. For instance they do not have the ability to hold back from the market any farming products. The only thing they can hold back is their labour, which will hurt them far more than anyone else.

Naturally these interest groups are not close to the constituency of the bank economists. They may appear as Jan Dhan customers in banks but in the absence of financial clout they create little impression on the ledger as depositors or as creditors.

When one examines the data from the ministry of statistics and programme implementation, with reference to these income groups, the diatribe against inflation targeting consequently, appears a little less sanguine. Core inflation, i.e. inflation netted out for the impact of food and fuels has moderated in May but has moved down only slightly to 4.1 per cent from 4.2 per cent, in April. Health has declined, but only from 3.98 per cent to 3.80 per cent. But for all of the key categories like education, housing, clothing or milk the rates of inflation hover close to 5 per cent. What is worse, from last year’s summer there has been no huge improvement in the inflation trend in these products; rather it has worsened for some, like milk.

And each of these categories as the table shows eat up a fat percentage of the household income. For these low income groups this is of terrible concern. And going ahead, if the dual impact of an expected higher minimum support price for products including milk and GST led inflation is factored in, it will be facile to claim that the inflation worries are over stated.

The table also shows that except for milk which as a dairy product monetary policies would have only a tangential impact on, the others are smack in the middle. How the RBI monetary stance plays out has a lot of impact on the price movement of the commodities in the table. Demonetisation may have driven down the prices of food stuffs but not of these items. The larger slowdown in the economy since Q1 of FY17 has had little impact on them.

Make no mistake, an aggressive growth in GDP needs to be aided by a robust degree of inflation, but it could arrive at the cost of the living standards of two of the weakest segments of the population.