Did You Know This? 10 Facts About Indian Economy From The Economic Survey (With Charts) 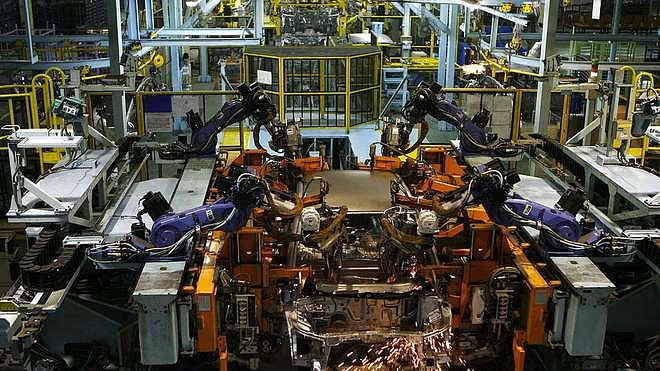 First, there has been a large increase in registered indirect and direct taxpayer. Compared with the pre-GST tax setup, there has been a 50 per cent jump in unique indirect taxpayers under the GST as shown in figure 1a. Additionally, India added 1.8 million new taxpayers since demonetisation was announced in November 2016 as shown in figure 1b. This addition is over and above the trend growth which means that we wouldn't have this many new filers in the system if DeMo and GST had not happened.

Second, a pleasant surprise is that formal non-agricultural payroll is much greater than what was earlier believed. The National Sample Survey Office (NSSO), in its 68th round, estimated the non-farm workforce at 24 crore. This means roughly 31 percent of India’s non-form workforce is in the formal sector. But, from a tax perspective, formal employment plus government employment adds up to 12.7 crore. If we take this figure, it means that nearly 54 per cent of the non-farm workforce is in the formal sector.

Fourth, Indian export structure is more egalitarian compared to other countries. Here, top one per cent of firms account for only 38 per cent of exports. In countries like Brazil, Germany, Mexico, US, the top 1 percent of firms accounted for 72, 68, 67, and 55 percent of exports respectively. This kind of analysis at firm level wasn't possible for India earlier but it has been made possible because of GST data. What explains this 'egalitarianism' in exports? Probably, the services sector. 'Unlike in other countries, Indian data includes exports of services, where concentration ratios tend to be much lower than in manufacturing,' the survey notes.

Five, the Indian government's Rs 6,000 crore package for the apparel industry worked. It helped boost exports. The package increased exports of readymade garments (RMG) made of man-made fibres (MMFs) The package did not have a statistically positive impact on RMG made of other fibre (silk, cotton, etc); and The impact on MMF-RMGs increased gradually over time; by September 2017, the cumulative impact was about 16 per cent over other comparator groups.

Six, Indian society exhibits strong son "meta" preference meaning that parents continue to have children until they get the desired number of sons. The survey notes that this kind of fertility stopping arrangements in families leads to skewed sex ratios: in favour of males if it is the last child and in favour of females if it that is not the case. Countries in which there are no such rules followed have balanced sex rations regardless of whether the last child born is male or female.

Seven, India may have improved ease of doing business rankings but ease of delivering justice remains a far cry. Of all the indicators on which the World Bank EoDB rankings rate countries, contract enforcement remains India's weakest link which puts India among the most backward countries in the world. The survey's analysis of six prominent appellate tribunals that deal exclusively with high stakes commercial matters show that there is a high level of pendency across the six tribunals, estimated at about 1.8 lakh cases and pendency has risen sharply over time. Various reasons for delays in court cases include high petition rates of the government despite declining success rate, due to the expansion of discretionary jurisdictions by High courts, expansion of Special Leave Petition (SLP) Jurisdiction of supreme courts which has increased its load beyond its capacity and so on. The survey notes that the project costs (stocks) of stayed projects—at the time they were originally stayed—amounted close to 52,000 crores in just six infrastructure ministries.

Eight, it has become imperative to re-ignite investment to pump up growth. The survey notes from various cross country studies results that raising investment is more important than raising saving if we want to re-ignite growth. Studies show that growth slowdowns are proceeded by investment slowdowns but not necessarily by savings slowdown.

Nine, direct tax collections by Indian states and local governments are significantly lower than those of their counterparts in other federal countries like Brazil and Germany, where the local governments have a much higher direct taxes to their total revenue percentage. But what is more worrying is that states and urban and rural local governments collect low levels of direct taxes even relative to the powers they already have. This might be pushing us into low-equilibrium accountability-delivery trap.

Ten, the footprint of climate change is evident and extreme weather adversely impacts agricultural yields. India is getting warmer as average temperature has increased by 0.52 degrees. It is also getting drier given average rainfall has declined by 82 mm. Extreme weather events - hot days and dry days - are on the rise. Temperature and rainfall impact will be felt in extreme weather conditions, especially in unirrigated areas, and on rainfed crops. Climate change and current trends could reduce value of farm output by upto 25 per cent in medium term. Impact of weather shocks on farm income is shown in table below.