Digital Payments: Modi’s Idea of A Cashless India Is Going Steady and Strong 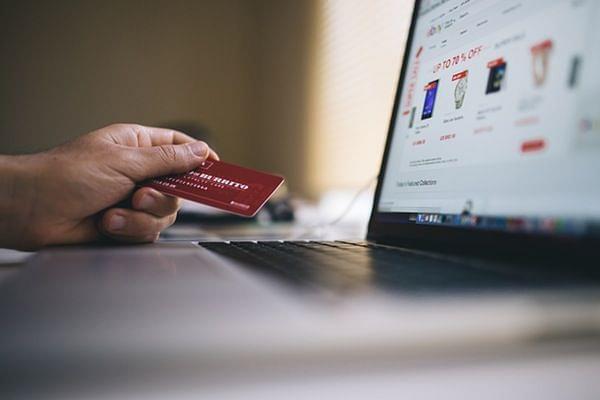 A little more than three years after demonetisation, the country is slowly advancing towards digital payment systems. While the idea was ushered by the urgency created in the days that followed demonetisation, it was cheap internet that made a wide-scale adoption of the idea possible.

The entire ecosystem of digital payments has also been strengthened by the success of programmes like Jan Dhan Yojana, under which more than 360 million bank accounts have been opened, with a collective holding of more than $15 billion.

An effective Aadhar framework coupled with mobile phones created the JAM (Jan Dhan-Aadhar-Mobile) trinity which enabled the idea of digital payments to gain traction, even in rural areas.

As per the report of the High-Level Committee on Deepening of Digital Payments, entrusted by the RBI, the numbers, until the end of FY19 depict how the Government of India’s objective of a digital India fuelled by cashless payments is taking shape.

As compared to FY 2014-15, the digital transaction volume for FY 2018-19 has grown five-fold. The major growth has been witnessed in the usage of UPI, virtually unknown in FY 2014-15, but a key enabler of digital payments now.

Almost one-fifth of the volume of digital payments in FY 2018-19 comes from UPI.

In terms of value, the same period witnessed a two-fold increase in RTGS and NEFT transactions. A huge surge in value has also been witnessed for UPI and IMPS payments.

In 2017, India’s digital payments per capita stood at 10.73. While the growth has been significant and must not be dismissed, it cannot be denied that a lot of work remains to be done.

As per the committee, the metric can grow by a factor of 10 to around 220 by 2021, if the right measures are put in place. The report puts the number of digital users in India at 100 million.

The committee also puts forward the objective of doubling the ratio of the digital transaction value to GDP by 2021-22 to 1,500 per cent from the present 769 per cent.

One of the major reasons for moving towards digitised payment systems is the cost of cash. The report quotes a study which estimated the net cost of cash as 1.7 per cent of India’s real GDP in 2014-15.

The cost has to be borne by four stakeholders — households, businesses, banks, and the central bank. The same study also indicated that the foregone tax revenue from India’s shadow economy, estimated to be 19 per cent of the country’s GDP, accounted for 3.2 per cent of India’s GDP.

When it comes to the different payment systems, volume and value work in contrast. In terms of volume, UPI dominates the landscape for FY 2018-19 as 22 per cent of total payments were made through it, followed by PPIs (19 per cent), Debit Cards (18 per cent) and NACH (12 per cent).

For the same period, the volume of RTGS payments was less than 1 per cent.

The story for NEFT is also the same, rather better. In terms of volume, the CAGR (compounded annual growth rate) was 26 per cent for the same period.

While debit cards outnumber credit cards, in terms of the number issued for the period between FY 15 and FY 19, the growth of credit cards has been at 123 per cent, with a CAGR of 22 per cent.

For the same period, debit card growth has been 67 per cent with a CAGR of 14 per cent.

However, debit cards still dominate the landscape and have been a key enabler for financial inclusion since demonetisation and via programmes like the Jan Dhan Yojana which saw more than 280 million RuPay debit cards being issued.

Interestingly, while the number of ATM transactions (primarily using debit cards) has not grown significantly, their volume has.

Debit cards, however, as a payment mechanism at POS/eCommerce outlets have grown at 53 per cent CAGR between FY 15 and FY 19.

For credit cards, the CAGR for the same has been 30 per cent, clearly overshadowed by debit cards.

It is BHIM UPI, however, which has shown stupendous growth in terms of adoption. In less than 3 years from its launch, the platform recorded 800 million transactions in March 2019. In October 2019, the platform breached the 1 billion mark.

The committee makes some important observations about BHIM UPI for the future for the RBI to take into account.

Two, to allow foreign inward remittance to accounts where permitted.

Four, to allow Indian users to use BHIM UPI when they travel outside India, similar to how the Chinese use WeChat.

While the numbers are strong for some systems, especially that of UPI and debit cards, if the volume is taken into account, a wide-scale acceptance remains an issue as the currency-in-circulation as a percentage of the GDP continues to remain high.

Thus, going forward, this is where the Centre must invest heavily to drive more users towards digital payments if the committee’s feasible goal of 220 digital payments per capita is to be achieved by 2022.