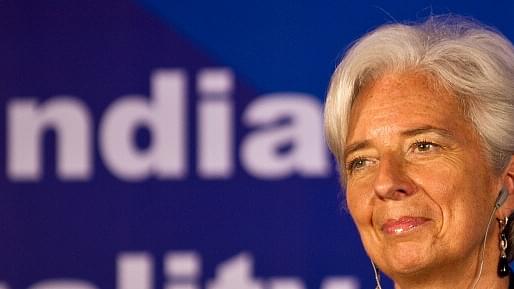 There’s a clear message from the International Monetary Fund (IMF) to India - deal with the problem of stressed bank balance sheets, just stop trying to mask the problem.

In its staff report for the annual bilateral consultations it holds, the IMF has suggested a four­ point action plan to deal with this issue: full recognition of risks on the balance sheets of banks, adequate capitalisation, corporate debt restructuring and governance reforms.

The report acknowledges the fact that the Reserve Bank of India (RBI) has taken significant steps to curb the resort to forbearance (classifying bad loans in a way that they do not seem as huge as they actually are). In particular is the requirement that banks classify new restructured loans as non-­performing assets (NPAs) and provision for them.

But it also points to exemptions that have been given to this rule – reclassification of restructured loans of projects that are facing temporary blips have been allowed to be postponed and amortization schedules of certain classes of loans have been extended.

The IMF has said these exemptions must be phased out at the earliest. “While provisioning for stressed assets has increased gradually over time, there are still concerns about possible under-provisioning, with average NPA provisioning of about 40 per cent,” the staff report notes.

The government, however, has defended the extension of loan amortization schedules, saying this should not be taken as forbearance since they relate to refinancing of projects in the infrastructure and core sectors that face genuine credit problems.

The IMF is not very favourably disposed towards the debt-­to-­equity conversions which are allowed under the strategic debt restructuring scheme (if debtors are not able to meet debt restructuring plans, the loans can be converted into equity that the lending banks take).

The staff report suggests larger injection of capital into public sector banks as well as divestment of some of the non-core assets of banks – there is some talk of the second but the government seems to have provisioned less than what will be needed for re-capitalisation in the current budget.

While being largely gung­ho about the India story, the staff report red flags the issue of the health of the financial sector because of elevated corporate risks and weakened bank balance sheets. “Corporate leverage — particularly among large firms and in a few key sectors—is one of the highest across EMs [emerging markets],” the report notes.

It also cites this issue to urge caution in further liberalising external commercial borrowing (ECB). Any such move, it says, should be carefully monitored by the RBI.

In order to ensure that the corporate sector is not starved of funds, the report suggests measures to further deepening of the corporate bond market – for example, by developing robust bondholder protection mechanisms and rationalizing stamp duties on bond issuances. “Easing investment restrictions on domestic institutional investor classes would be important to support the development of a broader investor base.”

The government, it says, should also work to further lowering the statutory liquidity requirement of banks. It is now at 21.5 per cent of deposit liabilities. The IMF directors were broadly supportive of RBI governor Raghuram Rajan’s cautious approach on interest rates and said the central bank should be ready to tighten the monetary policy stance if necessary.

Clearly, Rajan’s endeavours on both bad loans and interest rates have got some solid backing.