Don’t Shoot The RBI Governor; His Record Is Better Than That Of US Fed Or ECB 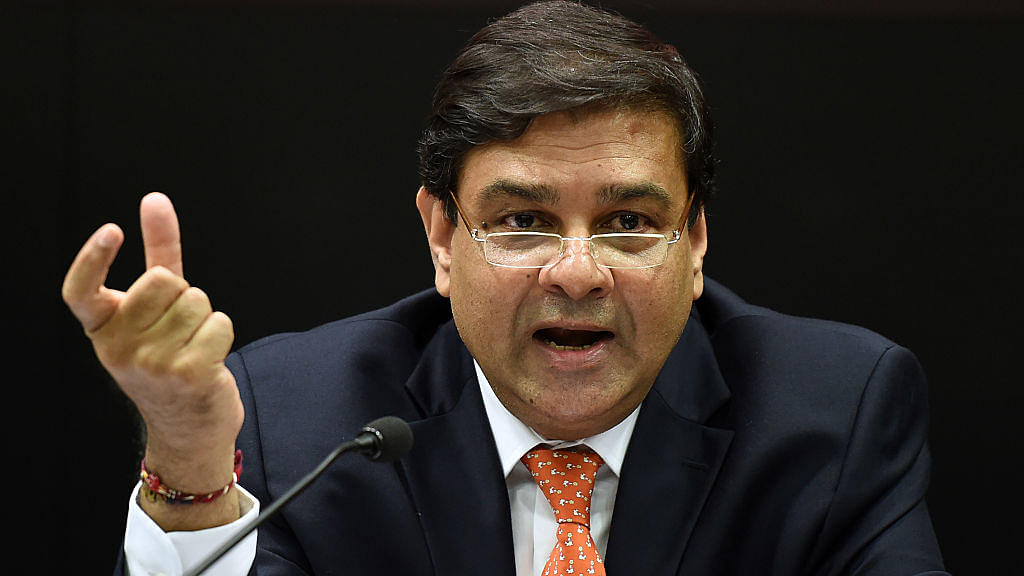 The Finance Ministry and the Reserve Bank of India (RBI), the two parties at the vortex of the demonetisation drive, deserve every bit of criticism for the arbitrary way in which they have been micro-managing the daily-rulebook for people trying to deposit old money or taking new currency out. The latest fiasco is the RBI’s decision (since reversed) to ask bank customers making deposits of more than Rs 5,000 to explain why they are doing so – making a mockery of the initial promise of Prime Minister Narendra Modi that everyone had time till 30 December to deposit their old cash. It has left red faces all around.

Daily rule changes do nothing to improve the image of the RBI, even though its actual reputation and track record is – arguably – much better than that of some first-world central banks.

These flip-flops have led to suggestions that the RBI has lost credibility, but this judgment is a bit over-the-top for the reality is that no central bank – or finance ministry anywhere – has had past experience in handling a mammoth exercise like the demonetisation of 85 per cent of the currency outstanding with the public. So, while the flip-flops are worth critiquing, the reality is that both the Finance Ministry and the RBI had to do a lot of learning on the job, having thrown themselves at the deep end of the pool without a life jacket. So, one can question the original decision to demonetise without enough preparation, but not the efforts of the central bank to fine-tune and adjust to changing realities by the day.

It is also wrong to judge a responsible central bank by its mistakes in dealing with an unprecedented event. It is equally wrong to lay the blame on the new Governor, Urjit Patel, for allegedly kowtowing to the government. One can claim that former governor Raghuram Rajan would have done better, but the steep losses in the banking system are a holdover from his era, too. So the claim that Rajan would have done better cannot be verified, especially when it is the same RBI bureaucracy running the demonetisation desk.

In fact, by refusing to cut interest rates in the December policy, when they seemed warranted, Patel showed that the RBI was not swayed by political pressures to tweak his anti-inflation policy. Patel also made it clear that the RBI was not about to hand over a revenue bonanza to the government in case a big chunk of the demonetised Rs 500 and Rs 1,000 notes did not return to the banking system by 30 December.

In his core areas of monetary policy, Patel has proved he is his own man, of course aided by the Monetary Policy Committee. His problem is that demonetisation is a political and executive decision, and he has to cope with it as best he can. He did not come to the job with the expectation that he would have to handle the fallout.

The RBI cannot thus be judged purely on how it has handled this one event. In my opinion, more than almost any other central bank, including the US Fed, the European Central Bank (ECB) or the Bank of Japan, the RBI has greater credibility. But we blithely assume that since the former three are more powerful, they must somehow be more competent. We also assume that since the dollar is strong, the Fed must have done something right, whereas the dollar, as the world’s primary reserve currency, has strengths independent of what the US central bank delivers. Luck has also played a larger role in how the dollar fared post-2008 than the Fed’s actions.

On the other hand, in the last decade or so, it is a fact that the world was plunged into near deflation due to the failures of the top three central banks, especially the Fed and the ECB.

The US Fed under Alan Greenspan allowed an asset bubble to develop, setting the stage for the crash of 2008. His successor Ben Bernanke, by keeping interest rates near zero and following up with quantitative easing, ensured that the very people who benefited the most from the asset bubble (Wall Street) were again allowed to create another bond and stock bubble, this time based on zero-cost credit. Wall Street gained from the asset inflation, not Main Street.

The ECB, by doing the same, destroyed value in most of its banking system. Today, most big private sector banks in India (HDFC Bank, Kotak Mahindra Bank, etc) are worth more than most European banks. Not for nothing did John Cryan, Deutsche Bank chief executive, wail a few months back that the European Central Bank’s zero-rate policy would have “fatal consequences” for savers and pension plans. He emphasised that “monetary policy is now running counter to the aims of strengthening the economy and making the European banking system safer.”

As for the Bank of Japan, the less said the better. Despite operating zero and negative rates for nearly two decades, Japan is nowhere near reviving itself.

And let’s not forget, the RBI’s brief is much wider than that of the US Fed or the ECB, which mainly focus on managing inflation and rates.

If this is the record of the world’s biggest central bankers, where bankruptcy of thought has led to asset inflation and a diminution of the banking system, one wonders why Indians think that it is our RBI that is losing credibility. Whether it is D Subbarao, or Raghuram Rajan or, now Urjit Patel, the RBI as an institution has delivered a much better track record than some of its western counterparts.

The only quibble we should have is the RBI’s tendency to micro-manage and micro-regulate. This is the main reason why it has had to flip-flop every other day. But the problem of micro-regulation predates demonetisation. Demonetisation has merely brought out this fact in bold relief. Time to change this approach.