Why India’s EV Journey Must Begin With The Two-Wheelers 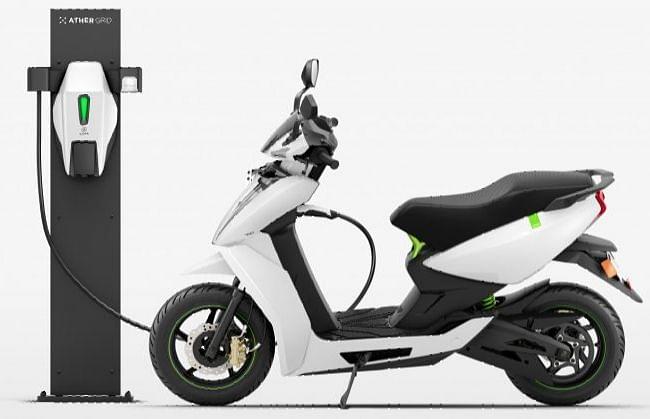 Two-wheelers should be the priority area of the EV sector in India.

Infosys co-founder Nandan Nilekani recently made a significant statement at a session on transportation at the ET Global Business Summit: "any technological innovation in the transportation sector in a populous country such as India has to be both volume-intensive and affordable”. Nilekani knows what works, being a technocrat, implementer of massive programmes, thinker, author and recipient of the Padma Bhushan for his distinguished service to the nation.

Though the context was “disruption”, “next wave of radical transformation” et al, could this statement apply to the electric vehicles (EV) segment also? Could it even have originated in some learning from the EV sector?

For, several years into India’s EV dream and journey, electric vehicles are neither affordable, nor generating volumes of sales.

Let’s go briefly into each category:

Two years ago, a meeting was held at the Department of Heavy Industries (DHI) to “assess the preparedness” of state transport corporations (STC) for introduction of electric buses in their operational fleets.

Detailed discussions to ascertain general thought process, feasibility, economics and availability of power, land, etc, revealed hesitation on the part of the STCs.

This hesitation was on several counts:

a) STCs’ weak financial positions would not support purchase of e-buses on their own, and hence they would require substantial support from the government of India;

b) The technology, being new and “unexplored” made them sort of nervous, and so they preferred to “deploy buses from an interested operator” rather than purchase them;

c) They were concerned about the range of the battery; and if fast-charging stations were required, the operator must be willing to provide them at his own cost;

d) They were not aware of battery-swapping for buses — and hesitant to support it.

All this, after several STCs had said that they had already taken steps in hybrid and electric mobility. As per their own reports, the existing position was: Himachal Pradesh Transport Corporation had ordered 25 fully-electric buses after a “successful trial”; MMRDA (Mumbai Metropolitan Region Development Authority) had ordered 25 hybrid buses; BEST (Brihanmumbai Electric Supply and Transport Undertaking) had ordered six buses and wanted to increase it to 10. Telangana State Road Transport Corporation had submitted a proposal to DHI for 100 buses; BMTC (Bangalore Metropolitan Transport Corporation) had submitted a project proposal to DHI for 150 buses. And Andhra Pradesh, Madhya Pradesh, Kerala, Uttar Pradesh and Tamil Nadu were also in various stages of finalisation of proposals and getting approvals for deployment of e-buses.

However, years on since then — and despite an equal number of years of the government of India’s patient understanding, repeated discussions with state transport authorities, cajoling, and generous susbsidies, STCs are still dithering on the issue.

BMTC, the pioneer in this area, may have done a complete turnaround, as it still has concerns related to procurement costs, losses from leasing and firing employees. Significantly, also, that converting a few buses to electric ones would not make a difference to environment, given that there are lakhs of vehicles on the road.

Telangana periodically keeps announcing “that electric buses will be out soon”, but they are yet not visible on roads.

BEST, Mumbai, had terminated their contract with Olectra in November last year, after the contract already having been put into execution.

These are just some examples that electric mobility in public transport is meeting dead-ends, in spite of the initial unbridled enthusiasm shown by STCs.

Ergo, electric buses are a success in limited measures anywhere in India — only as joy rides. As a serious, viable alternative to bus fleets in STCs, they don’t seem to be going anywhere.

Again, in passenger cars, government has been trying to incentivise buying through removal of parking charges, road tax and other concessions, apart from a proposed subsidy on the purchase.

However, various reports concur on the fact that despite these incentives — as well as the availability of a large number of electric-car options now, at various price levels, starting Rs 6 lakh — this category of vehicles will not constitute the bulk of e-sales.

People are wary of the range, charging time and gradient disadvantage, which will limit the buys to those purchasing it as a second car — or as a luxury good.

Across the world, including in countries like Norway, electric cars are bought only because of huge subsidies and efficient charging infrastructure — not because of people’s concern for the environment. And yet, people normally own two cars — one for longer drives and one for the city.

Norway could do it, being a small and affluent country; yet, government there is mulling cutting subsidies, after a substantial transition to electric is made. India is far from being Norway.

Indians are waiting-and-watching for big strides in charging infrastructure. Plus, they are aware that the electricity drawn for charging also comes from 'unclean’ sources, and therefore not convinced about the benefits of EVs on environment.

Cars wouldn’t make it to the high-volume, low-cost criterion.

Priority Or Thrust Areas For EVs

That two- and three-wheelers should be a thrust area for EVs in India has been proven by research, appeals to logic, and is acknowledged widely by various stakeholders such as consulting firms, media, research institutions, etc.

Amitabh Kant of NITI Aayog had said in September 2018 that government would prefer offering incentives to two-wheelers, three-wheelers and buses, rather than to cars — two wheelers stand out for him, because they account for 76 per cent of vehicles in the country.

Rather, The Thrust Area — Two-wheelers

Rather than a thrust area, two-wheelers could be the thrust area. Apart from constituting a large chunk of vehicles at 76 per cent, they are inexpensive. And experience has proven that with a little subsidy-push, things get moving in this segment.

Two, as per a research report on second-hand two-wheelers, the demand for used two-wheelers in India has shown vibrant growth over the past five years, and is expected to continue this trend in the coming years. Used vehicles are cheaper, and people in smaller towns prefer to buy used two-wheelers, with increase in online advertising aiding the buying and selling. Here is an opportunity to tap into this market, with sellers of used two-wheelers as potential buyers.

Three, and very importantly — remember the little chart based on World Health Organization figures, depicting the “Most polluted cities in the world, with 14 of those 15 being in India”? Often, the case for electric vehicles is made on the basis of this, suggesting that with particulate matter (PM) 2.5 levels at such high levels, reduced emissions through the use of EVs would help.

If you notice, it is the smaller cities and towns that make up this list — Kanpur, Faridabad, Gaya, Muzzafarpur and Jodhpur. In any of these places, two- and three-wheelers make up the bulk of the transport; two-wheelers being the preferred mode, even between the two, making commute quick and at will.

Hence, even from the point of view of this — the basic premise for electric vehicles viz the high PM 2.5 levels in Indian cities — two-wheelers must be the absolute priority area.

Let us begin the EV journey by wholeheartedly concentrating on the two-wheelers for now. We have a cause, we have a ready market, the economics are on our side, charging is easier, we reach the last-mile person — and we make a mass transition this way.

Even Nandan Nilekani would approve of this.