Equity And Inequity: Why LTCG On Shares Needs A Follow-Up With Fundamental Changes To Tax Regime 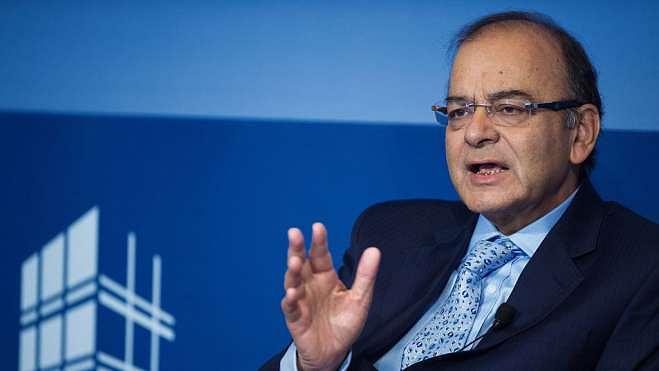 Arun Jaitley ... LTCG proposal was one of the highlights of the Finance Minister’s proposals

One of the most-discussed proposals in Arun Jaitley’s 2018-19 budget is the 10 per cent tax on long-term capital gains (LTCG), which has been reintroduced after a gap of nearly 14 years. The markets have since crashed, though not all the bearishness can be attributed to this one proposal alone.

In explaining the need for the tax, Finance Secretary Hasmukh Adhia partly messed up in terms of the explanation given for the tax. He told The Times of India: “It's not a good idea to have a completely different, and sweet, dispensation for one type of capital gain vis-a-vis others. This tends to skew investment and people prefer an option where there is no tax. The FM mentioned Rs 3.67 lakh crore capital gains accrued last year. Suppose this was the salary income of people, it would have been taxed at 20 per cent or 30 per cent. This is a gain which is not accruing from any effort, but is just an investment gain. It is only reasonable that we look to get some revenue from this class of income.” (Italics mine).

The problematic part is the assumption that capital gains accrue from no effort, but this is not entirely true, for it lumps all kinds of capital gains on the ‘no-effort’ bucket. When venture capitalists invest in start-ups, they do make a lot of effort, and many times may end up losing money. When foreign direct investment comes in, the capital is accompanied by a lot of effort on the part of the investor to build a business and create jobs. Where Adhia is right is in the arena of stock market investments, where the effort is minimal and rewards can be phenomenal in a bull market. It is certainly worth taxing long-term capital gains, but with one caveat: it ought to have been accompanied by the indexation of the capital invested, and brought on a par with the taxation of capital gains in real estate and debt funds, where the LTCG tax is at 20 per cent after inflation-indexing.

The rest of his statement is sensible, for the idea of making the tax treatment of various asset classes similar will not be opposed by anybody except market speculators.

However, he could have chosen to give a deeper explanation that guides this philosophy. For example, you don’t need to make too much effort to invest in a bank fixed deposit or senior citizen’s savings scheme, either, but the difference is that your pay tax on these earnings, depending on your tax bracket.

Extending this logic, it should follow that there should be no further issues of tax-free bonds, though the capital gains on these are indeed taxed at 10 per cent. Dividends should also be taxed at the bracket of the investor, for these too don’t need any effort on the part of the investor, and should be treated similar to interest income, subject to some basic exemptions. Right now, the dividend distribution tax (DDT) is paid by a company on behalf of shareholders, which means that the tax is deducted on behalf of every investor, regardless of whether she is a small shareholder who may be in the tax-free zone or in a lower tax bracket, or is a billionaire promoter. Though it is a stretch, it implies that the low dividend earner is paying tax on behalf of richer investors – something that is clearly iniquitous. The case for ending the DDT and taxing dividends in the hands of the receiver, subject to TDS (tax deduction at source), has never been stronger.

Adhia could also have made a larger case – though it may not be part of this government’s thinking – that we need a paradigm shift on income taxation. Any government that wants to ensure the right balance between two factors of production – capital and labour – ought not to discriminate between the two in terms of the taxation of incomes that accrue from them.

Put simply, this means that tax rates on income earned by work (whether physical or mental or through any other form of employment) should at least be the same as that on incomes earned by entrepreneurs, investors and promoters who invest capital. Where is the incentive to work, if you are going to tax work-based income higher than income from capital? Without this change, the bias in favour of using capital instead of labour will remain.

The tax on long-term capital gains is a move towards balancing the bias in favour of capital. We need to go further in the coming years. In future, this balance will help end the distortion in favour of automation and capital investment rather than employment of labour.