Everyone Loves India’s Growth Potential Except Its Industry Leaders 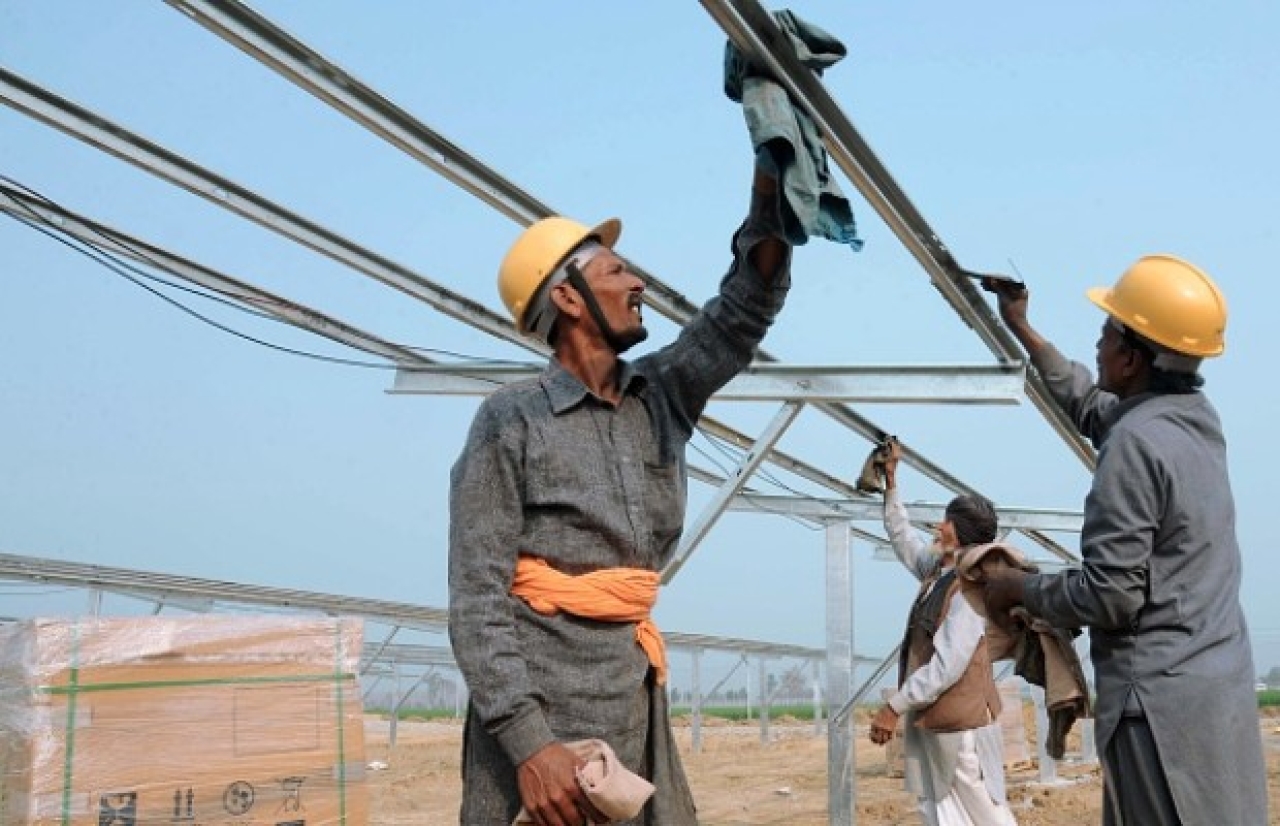 Till the end of July, banks have lent out less money to business (including retail) than last year (2016). (NARINDER NANU/AFP/Getty Images)

It is money that confounds the readers of Indian economy at this stage. There is a lot of it but at the wrong places. The government is flooded with cash in the till – 99 per cent of the demonetised sum has come back as gross domestic product (GDP) numbers are anaemic, but the worry is the reluctance of industry to just take out a loan.

Some of that consequential flow is parked with banks, but there are no takers. Data released on Thursday (31 August) about credit growth from banks show that till the end of July, banks have lent out less money to business (including retail) than last year. And last year was another dip year. Some of the slack has been cut by the rise in commercial paper, but that has not covered up for a Rs 1.37 lakh crore dip in bank lending on year to date.

The slowdown extends well before the demonetisation caper. In fiscal year (FY) 2017, bank credit grew by only 9.2 per cent. In the same period last year, bank credit had shrunk by Rs 1,900 crore. The slowdown had already set in.

To figure it out better, let us examine what makes up the GDP numbers. Looked at from the expenditure perspective, GDP is consumption plus investment. This investment depends on the use of fixed capital which, in turn, gets built by raising money from the markets. In India, this is mostly debt. So the dip in growth rate of bank credit from FY13 onwards means industry is not building up capital to add to its investment capacity. And why should this be the case? Clearly, one reason could be that the capacity which had been built in the years before are yet to be fully deployed for industry to want to take out more loans to add to capacity. In June, for instance, the factory production index slipped into red, a four-year low led by a 6.8 per cent contraction in the capital goods sector.

But additions to capacity are supposed to be often undertaken on assumptions about future growth. And the macro-economic fundamentals of Indian economy are brilliant. Inflation is low, inflationary expectations are low, the fiscal deficit is under control; on the external front, the current account deficit is low and with foreign exchange pouring into the economy, the Reserve Bank of India has problem of plenty. The rupee is difficult to stop from pushing up. Which means a growth rebound should be just a breath away.

Which brings us to why business is behaving so taciturn in such a robust environment. The primary reason for their skittishness is the series of massive changes in the rules of the game brought in by the government, especially in the past three years in the course of its attack on black money and also to weed out avenues to explore corruption. Promulgation of Benami Act has hurt. It is not without reason the Act was kept without rules for close to 30 years. The auction of natural resources and much else besides makes extractive industries costly. The Supreme Court judgment this August imposting about Rs 55,000 crore of fine on companies for violation of auction-based allocations of the past is no chicken feed.

The best demonstrator of the impact of the changes in laws is in the real estate sector. Builders now have to make their projects pass the new regulatory arrangement or RERA. Before the Act could be notified, more than one state helped companies take out pre-emptive insurance by declaring that existing projects would be kept out of the regulators’ ambit. What it ended up doing instead was to make flat buyers more suspicious of those projects. And as the banks have moved in to recover their money under the Insolvency and Bankruptcy Code, the builders were exposed. So the safeguards provided to the builders from the ambit of RERA has not helped to defend their balance sheets.

Bit by bit, the same story is playing out in other sectors too. This is the reason why industrial groups with footprint in manufacturing are so hesitant to come to the banks again. Over the decades, Indian industry had mostly fought the licence permit raj by not growing bigger, but have met their aspirations to expand by stepping into unrelated diversifications.

The Tatas and the Birla group are pretty much the best examples of those. Subsequent entrepreneurs like the Ambanis or, on a lesser scale, the Ruias of Essar after moving through backward integration for a long time have picked up the same route of ploughing their cash into unrelated sectors like telecom and retail. And those which didn’t have the cash to burn have picked up easy money from the banks. In a demonstration that all the old habits have not changed, some of the lucky ones like Adani have got into aerospace manufacturing from a career as a logistics provider and coal miner.

Yet, as that conduit has closed, the expansion of business in India at the top level too has stopped. The banks have closed the conduit as their non-performing assets are massive. The so-called marquee groups cannot raise fresh loans because the banks now demand they repay their old ones first. The over-leveraged groups are waiting for the government to provide them a bailout. It is not available, which means that credit now has a cost on the balance sheets.

The latest GDP numbers, therefore, provide no direction finders out of this industrial stasis. The only sector where the commentators can discern a clear movement is in agriculture. But industry, that is, manufacturing, draws a blank. When the Modi government had come in, industry had lapped up Smart Cities and Digital India with relish as it had espied those as akin to government subsidies. But the prospect of having to bid through auctions and lack of government subsidies have made several of them drop out. Just as licences for payment banks and small finance banks available on the tap finds no takers.

They have their supporters, though. Former finance minister Yashwant Sinha made a strong plea recently in an interview with Business Standard to junk fiscal marksmanship and make the government spend more.

Instead, just as foreign capital buys into the India story, there is clear evidence of imports too rising disproportionately. As domestic business waits for cues from the government, there is a clear trend visible of manufacturing at the high-value end making space for imports.

Get Swarajya in your inbox everyday. Subscribe here.
Tags:
214 Shares