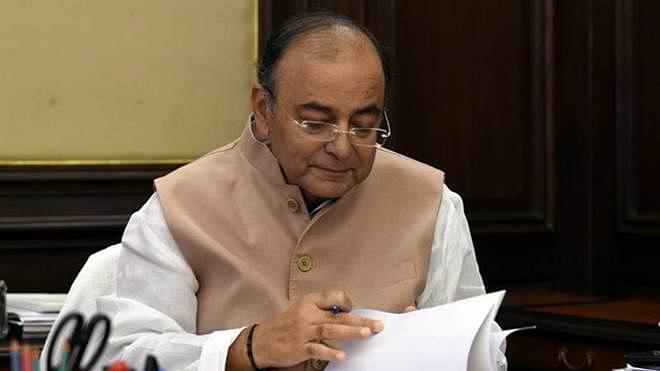 What differentiates the Banking Regulation (Amendment) Ordinance 2017 from previous forays on bad loans of banks?

Put bluntly, the ordinance cleared by the Union government this week buys an “insurance” for the banks against action by the four Cs, namely the Central Vigilance Commission (CVC), the Comptroller and Auditor General of India (CAG), the Central Bureau of Investigation (CBI) and the courts. The insurance is against the possibility of action against the management of the bank by any one or a combination of these entities on charges of corruption when the bank proceeds to clear up a bad loan from its books of accounts. It is also an insurance for the government of the day.

How is it an Insurance?

To answer that we need to figure out how a bank arrives at the point when a bad loan stares it in the face. A loan becomes bad, or a non-performing asset (NPA), when the entity to whom the bank has given a loan does not pay interest on the loan for at least one quarter, i.e. 90 days. Under the Reserve Bank of India (RBI) guidelines, at that point the bank has to formally recognise that the loan will not be repaid by the defaulter company.

The bank has to break the bad news to its shareholders and put away a percentage of its capital – 70 per cent of the value of the loan – to make good the loan on its book. This “impairs” the capital of the bank, and when a lot of such capital is impaired across all banks – Rs 6.7 lakh crore as on September 2016, it hurts the banking industry pretty badly. The sum is 9.55 per cent of the total loans advanced by the entire banking industry. For comparison, just five years ago in March 2012, as this Mint report shows, it was Rs 1.3 lakh crore or 2.83 per cent of the total loans from the banks.

When such a large NPA arrives on the books of banks, especially those which are run with taxpayers’ money, public auditors and corruption sleuths tend to become nasty. They are unlikely to believe that it all happened despite the banks best intentions and the best quality entrepreneurship displayed by the borrowers.

Parked in a difficult terrain, the banks take the easy way out. They keep on trying every possible trick to delay the recognition of the problem i.e. delay the NPA from being red inked on their books. Even after the NPA is recognised, they refuse to take the next steps.

The next steps are, in principle, fairly simple. The banks have to ask the management of the defaulter company how much money they can cough up as a final settlement of the loan and then make good the rest of the value of the loan from the banks’ capital. So it could be that a promoter of a company agrees to pay up say 50 per cent of the outstanding amount and the bank pays the rest from its pocket.

In principle this is fine. In practice this is not. The promoters try to duck their debt, which they should not. They can make good on the money by liquidating their equity or fixed assets. Instead at times, they behave like businessman Vijay Mallya and scoot, but mostly they keep on holding unending discussions with the banks to settle their dues. This dour scenario suits the banks too. Because if they were to close the negotiations, the four Cs could ask inconvenient questions on whether, in order to compound the original sin of bad loan, they have also foreclosed the loan by being generous to the defaulter company.

Since it is fiendishly difficult to arrive at an agreed value of an equity or asset that is taken over by the bank in compensation for the loan, the bank managements claim there is no way they can win the argument.

There is a bit more perspective to add. Right from September 2013, when Raghuram Rajan took over as RBI governor, he had hounded the banks to bring their NPAs out for the world to inspect. By 2015, the RBI under him had begun to issue alternative guidelines to banks on ways to settle them. The most well known among those (apart from the pre-existing Corporate Debt Restructuring (CDR) programme running from 2001), is the S4A or Scheme for Sustainable Structuring of Stressed Assets. S4A has an element of compulsion, which is why just one case came under its rubric. Unlike it, since there is no penalty involved for companies in invoking CDR, the volume of cases signed under it have multiplied. A company gets protection from being declared insolvent and yet does not have to pay its creditors as long as it lives under the CDR umbrella.

This scenario had emerged because the Indian banks, mostly the state-owned ones, had began to lend out large purses to companies without the regulator or the owner i.e. the government willing to recognise that there is no regulatory architecture to ensure the money comes back even if the borrowers go down. There was no bankruptcy law with teeth to make banks force that option on recalcitrant or plain unlucky companies whose business decisions had floundered. And there was no political will to stand behind the banks to make the borrowers see reason. It had happened in earlier era too but the scale of loans this time around, from 2012 onwards, is humungous.

What has changed now?

The government set up the Insolvency and Bankruptcy Board of India in 2016 that puts a timeline along with easy-to-implement rules to make companies that cannot survive declare bankruptcy. It will release scarce capital to build fresh institutions.

The ordinance passed this week completes the circle. The options for a company that has made a bank declare its loan as an NPA are now transparently two. It can either declare bankruptcy and go under the hammer or it can opt for the S4A programme to rebuild its finance. The only difference is that before switching it on, the banks will ask the RBI to approve the proposal. Armed with the support from the RBI, the banks can push the companies hard to stick to the timelines and force a closure even against the approval of the company. If one of the four Cs were to check the details of the scheme, it will have to reckon that the approval has come from the RBI for it.

Picking holes in RBI’s understanding of the situation is obviously difficult for the agencies, which, to be fair, will also be happy to see the resolution. It will prevent the bank managements from the scare that a case file closed decades ago will come back to haunt them. All the details of the operational procedure, including the appointment of one or more oversight committees, are part of the S4A structure. At the end of the day, it is still the banks which would have to decide what will be the final outcome of each NPA case.

Is it prudent for the banking regulator to get involved in a commercial decision by a bank?

No. But the only option that would then have been available was for the owner, the government through the ministry of finance, to step in directly. The cabinet has several reasons to avoid this route. In the charged political climate that prevails, it will provide a handle to the opposition to allege that a particular bank loan deal was settled for a political pay off. Asking the RBI to carry the gauntlet instead avoids that risk. This Business Standard article makes the same point. The amendment to the Banking Regulation Act makes it possible for the RBI to get into the day to day affairs of the banks it regulates.

A finance ministry press release notes the RBI can now “direct banking companies to resolve specific stressed assets by initiating insolvency resolution process, where required. The RBI has also been empowered to issue other directions for resolution”. The dividing line is very thin. Also unlike the short term reputation risk the RBI ran in the course of directing the demonetisation drive, this one could be more tough for it to come out unscathed. Yet without a political support, no government bank would have moved into the resolution of India’s biggest financial sector challenge. The softer alternatives have been tried for years. Those have not worked.

So the ordinance is an insurance not only for the banks but also for the government.